Naruto, the manga about young ninja by Masashi Kishimoto will be adapted into a stage drama titled Live Spectacle NARUTO -Song of the Akatsuki-. The stage drama is scheduled to be performed in Japan on 6 August 2017 and will also be shown in through live viewing in several countries, including Indonesia. The other countries that will hold the live viewing are Australia, Thailand, Taiwan, and Hong Kong. Detailed information regarding the venue and the ticket price of the live viewing in Indonesia itself has yet to be revealed.

Naruto is a manga by Masashi Kishimoto, published for the first time on Weekly Shonen Jump in 1999. The comic tells the adventure of a young ninja named Naruto Uzumaki, who dreams to be a Hokage or leader of the ninjas in his country. The manga has been adapted into anime since 2002, produced by Studio Pierrot and aired by TV Tokyo. There have also been several video games released on various platforms.

In Indonesia, Naruto was published by Elex Media Komputindo which the final volume published in May 2016. The anime series had also been aired in several television networks such as TRANS TV, Indosiar, and currently by Global TV, which airs Naruto Shippuden. The show has also made the voice actresses Hana Bahagiana, Ridawati, and Mirna Haryati rose into prominence, for having voiced the blonde young ninja who likes to eat ramen. The anime has also been aired by a subscription-based television network Animax.

The tale of Naruto world is now being continued in Boruto, which follows Naruto’s son. The continuation has its own anime series which have been aired since 5 April 2017.

Previously, there had been a live viewing of Touken Ranbu – Mihotose no Komoriuta – musical, as well as the concerts of L’Arc-en-Ciel, GRANRODEO, and μ’s from Love Live!. All of the mentioned live viewings were held at Cinema XXI Plaza Senayan, South Jakarta. 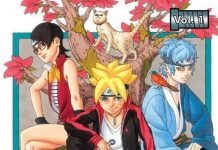 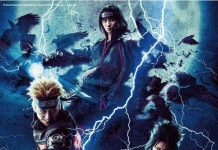 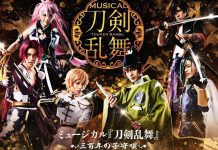 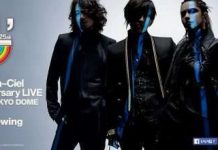