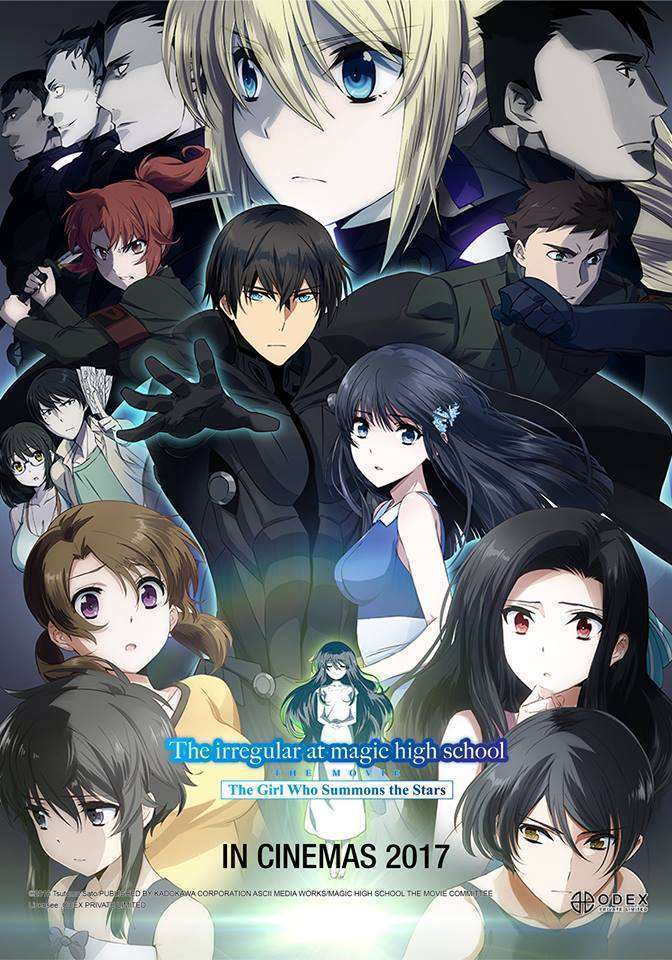 As reported previously, The Irregular at Magic High School will continue in the form of a theatrical film. The film has been screened in Japanese cinemas since 17 June 2017. This film will also be screened in several countries, including Indonesia. A special screening will be held on 16 September 2017, while the general release will start on 20 September 2017.

Recently, CGV Cinemas Indonesia has confirmed that their cinemas will screen this film.

It is also announced that the story will get serialized in Monthly Comic Dengeki Daioh starting from 26 August 2017. Pinakes, an Indonesian artist who had drawn the comic of Aldnoah.Zero, will work in this project.