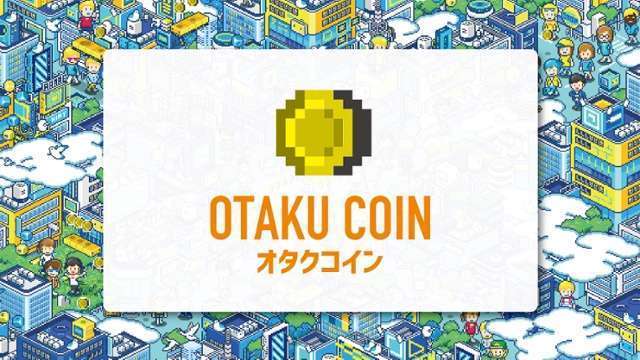 Tokyo Otaku Mode Inc. (incorporated in Delaware, U.S.; Representative: Tomohide Kamei; CEO: Naomitsu Kodaka; herein referred to as TOM) has announced its plans to launch an initial coin offering (ICO) for Otaku Coin, a new cryptocurrency designed for the otaku content industry, which includes the fields of anime, manga, and games that Japan boasts to the world. It has also announced the establishment of the Otaku Coin Preparation Committee for this project. TOM is seeking cooperation from industry members, experts, and specialists to discuss its plans. Opinions and feedback from regular users will also be taken into consideration.

Through this project, TOM aims to connect anime, manga, and game fans around the world with creators, relevant organizations, and other parts of the industry in a smart and direct way to contribute to the preservation and development of culture. 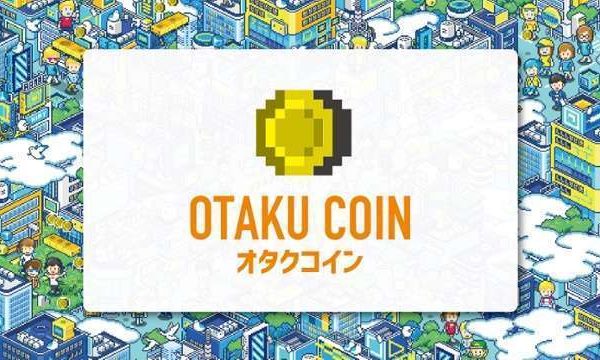 Launching a participatory ICO for industry specialists, organizations, and users

This project is not designed to allow certain organizations to generate profit, but for the resolution of existing industry issues through an ICO. For this purpose, the Otaku Coin Preparation Committee and a wide range of opinions from industry members, relevant organizations, and regular users will be utilized. By raising awareness about this project and gathering opinions through various perspectives about different topics, such as how Otaku Coins can be used and how its policies should be designed, TOM intends on preparing, improving, and launching its ICO in a democratic way.

Through a variety of perspectives (legal, financial, accounting, and more) in countries where this ICO will be launched, TOM is currently confirming key points, making adjustments to the parent organization behind the ICO, selecting key personnel, and recruiting advisers and cooperators. TOM is also working to ensure that information regarding this ICO is widely available and fully understood by members of the otaku content industry.

Through a communication app called Telegram and other platforms, TOM will engage in interactive dialogue with those who are interested in this project. Using the opinions and feedback it receives, TOM aims to construct the ideal cryptocurrency platform. Plans have been made in spring 2018 for an information session and the release of a draft proposal.

Updates will be made through the following platforms.

To support and provide a sense of security to investors, industry members, and regular users, information will be released on the Otaku Coin ICO Consideration Website to maintain transparency.

Maki is the president of GENCO Inc., a company that plans and produces anime. He has worked on numerous anime titles as a producer himself, including the anime movie In This Corner of the World in 2016, for which he won a Special Award at the 36th Annual Fujimoto Awards. The Special Award is the only Japanese award for producers.

Sudo launched the anime information websites “Anime! Anime!” and “Anime! Anime! Biz,” serving as the editor until he transferred ownership of both sites in 2012. He is currently active as a journalist in studying, reporting, and writing about animation around the world. He also conducts research about the business of Japanese animations.

By adding Maki and Sudo, active specialists in the anime industry, to the Otaku Coin Preparation Committee as advisors, TOM aims to establish the framework for its vision. This will allow TOM to positively contribute to the development of the anime and otaku industry in a way that matches current industry conditions.

TOM is also approaching other industry members and specialists around the world regarding advisor positions. New appointments will be announced once decisions have been finalized.

AnyPay Inc., a company providing ICO advisory services, will also support this plan as a partner. In addition to standard fundraising matters, AnyPay will also assist TOM with matters inherent to ICOs, including scheme analysis, token (coin) creation and issuance, public relations, marketing, and more, from legal, accounting, and tax perspectives. AnyPay has offered ICO consulting to companies such as Bread, which is based in Silicon Valley and offers decentralized financial services, and Drivezy, which manages a car-sharing service with hundreds of thousands of users in India, making it the ideal partner for this ICO plan.

About Otaku Coin
Otaku Coin is designed to be a cryptocurrency usable in the otaku content industry, which includes the fields of anime, manga, and games. It is expected to be used in offering direct financial support to the creation of anime series, and also as a payment method for participating in anime conventions, purchasing merchandise, ands a wide range of other purposes in the industry. Through Otaku Coin, TOM will promote the distribution of information, content, and otaku-related merchandise.

TOM also aims to create a community where Otaku Coins can be in circulation to produce new value and resolve issues. 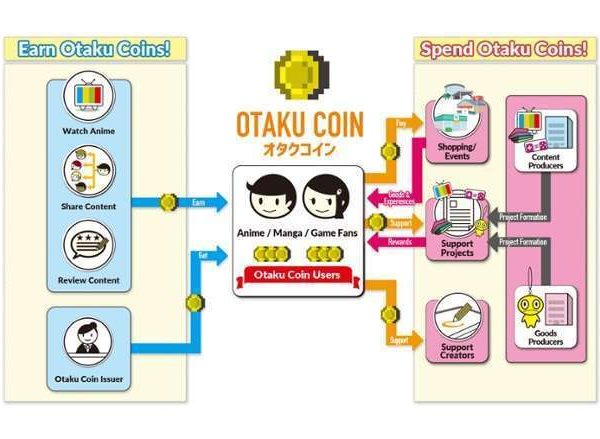 Otaku Coin makes it even more fun to be a fan
Otaku Coin will offer entertainment that makes being a fan even more fun. For example, the appearance of Otaku Coins could be designed by internationally-known manga artists, and a famous musician could compose the transaction sound effects or theme song. Even a game of obtaining Otaku Coins, where users can jump to reach Otaku Coins floating in midair, could be created through the use of augmented reality. TOM aims to make Otaku Coin a new currency that is filled with fun and offers status in the otaku content community just by having it

Otaku Coin offers opportunities to directly participate in or support anime production through “Anime Production Committee 2.0”
TOM aims to serve as a point of contact through which funds can be collected from anime fans around the world using Otaku Coins and used to provide financial support to anime production committees, anime studios producing pilot movies, and other parties. This new method of fundraising and production that TOM aims to establish is referred to as “Anime Production Committee 2.0,” which differs from existing anime production committees and crowdfunding campaigns. By connecting fans and creators, TOM also aims to develop a structure that allows anime fans around the world to indirectly support creators who are involved in the process of creating new anime.

Otaku Coin helps fans find quality anime they might have missed
TOM aims to reduce the number of fans who “drop out” of a quality series without ever watching it due to the large number of series released each season. By offering a “meeting place” where fans can find series that match their tastes, TOM aims to help fans locate series they would have otherwise missed. In addition, by designing incentives for fans to watch anime, which is a part of regular fan activity, TOM will be able to create an active service that makes regular anime consumption even more entertaining.

TOM’s tentative plan is to have this ICO launched in spring or summer of 2018. However, it does not guarantee that this ICO will be launched. As TOM continues to move forward, there is a possibility that unforeseen circumstances and issues, changes in the state of affairs in various countries, changes in public opinion toward ICOs, enactment of legal regulations and guidelines, or other unpredictable matters may arise.

*The information in this press release is not equivalent to any type of prospectus or public tender offer. It is not intended for the soliciting of stocks and bonds or encouraging of investments in stocks and bonds. Also, details regarding whether or not this ICO will be launched, how and when it could potentially be launched, and the possibility of offering token sales to Japanese residents have yet to be determined. If this ICO is launched, TOM intends on designing, promoting, and distributing it in a way that abides all cryptocurrency laws in Japan and around the world.

Animaga 2016 : A Break for Fandom in Melbourne