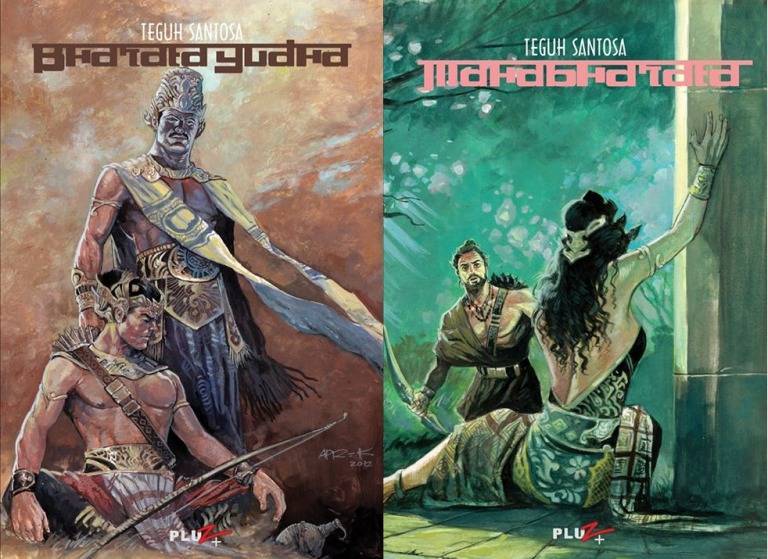 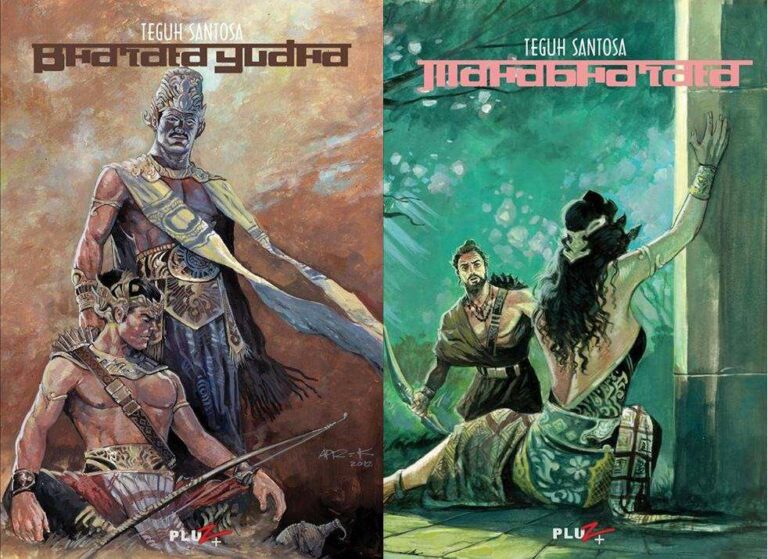 PLUZ+ publishing has re-released two of Teguh Santosa’s comic works, Bharatayudha and Mahabharata. These two comics has been remastered and released on November 28, 2015. Mahabharata is adapted from one of the most well known Indian epic, which tells the tragic story that leads to a huge war at the Kurukshetra field between two families: the Pandavas and Kauravas. These two families are the center of the complex story that spans generations from the ancestors of the Pandavas and Kauravas to their decendants. The tale has a diverse cast of characters, rich conflicts, and their inner turmoils.

The epic tale has also influenced the culture and arts in Indonesian archipelago since the times of the Hindu kingdoms. Even in the modern days, the Mahabharata epic had been adapted into comic several times. One of the most famous adaptation was made by the late maestro RA Kosasih, which recently has also been re-released

As for Bharatayudha, it is a term known in Indonesia to address the great war in Kurukshetra between the Pandava family and Kaurava Family. This war is the climax of the Mahabharata story. The term Bharatayudha come from the word Bharatayuddha (Bharata War), which is the title of kakawin (ancient Javanese poem) manuscript in ancient Javanese language that was written in 1157 by Mpu Sedah at the order of Maharaja Jayabaya, the king of Kediri. The Bharatayuda written during the period of Kediri kingdom is a symbolism of the civil war between Kediri and Jenggala, both of which descends from King Erlangga. The civil war parallels the story told in the Mahabharata.

Teguh Santosa (1942-2000) is one of Indonesian comic artists who already created hundreds of comics between 1960 to 1980. One of his great works is the Sandora Trilogy, a story of romance and politics involving Sandora, a Spanish woman, and a native Indonesian named Mat Pelor. These comics are also planned to be remastered. Furthermore, Teguh Santosa is also a wayang (a traditional puppet show) comic maestro who can be considered successfully become a bridge of wayang comic fans from the era of RA Kosasih to the later generation in his age. One of his wayang comic work have been published in remastered version and also in the english version in the 2013.