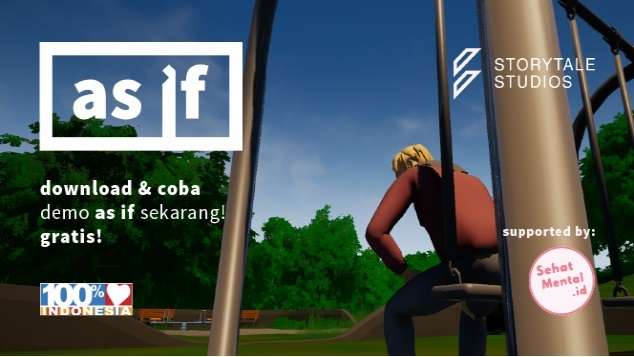 On their social media account, Indonesian independent game developer StoryTale Studio announced that they plan to release a game about mental health titled As If. The developer has uploaded the free demo version on itch.io, which includes the option to support this game by donation. The demo tells the story of the first act, while the game is planned to has five acts in total. Additional information about the release date and the platform has not been announced yet.

One every four people suffer from #MentalHealth. Such a common occurrence, yet hidden from the world by stigma and discrimination.

Raise awareness for mental health issues together. Download and play our As If demo here https://t.co/IFoopRxx4F#asif #gamedev #indiedev #indie

The game will tell the story of Matthew, a boy with bright future who suffered Schizophrenia. This condition disturbed his social life, and also made him hear voices that only exist inside his mind.

StoryTale Studio is a Bandung-Based game studio that focuses on game development, cross platform apps, and animation. For As If project, the game will be developed by a five-person team using Unreal Engine. The game is created to raise awareness of mental health, which is usually kept hidden because of stigma and discrimination. This game is also supported by sehatmental.id, an Indonesian social organization that focuses on mental health issues. 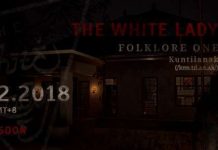 “Pamali: Indonesian Folklore Horror” to be Released on 28 December