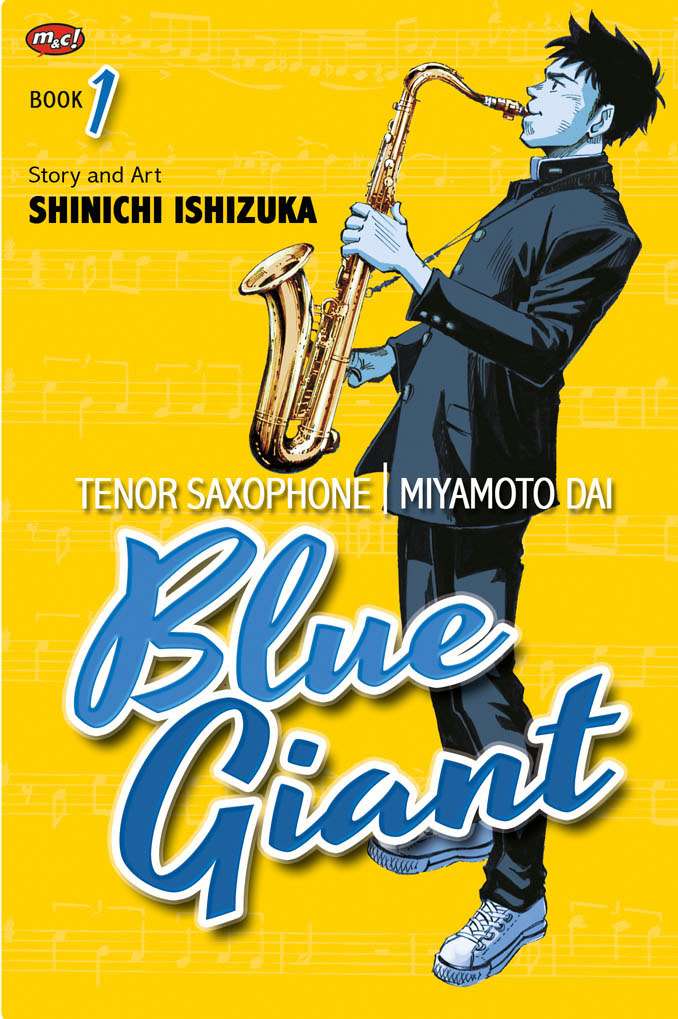 On their social media account, Indonesian comic publisher m&c! has announced the release date of Shinichi Ishizuka’s Blue Giant manga. The manga will be released on 28 February 2018. The manga information in m&c! Gramedia official website also mentions that this manga will be available at IDR 28,000. However, the price and availability may vary between bookshops.

Here is the synopsis of Blue Giant on m&c!’s official website.

“Jazz has touched the heart of Dai Miyamoto, a third year in high school. Since that day, whether it’s raining or sunny, Dai always trains to play the saxophone. ‘Jazz is the music of emotion. Every sound and melody is the expression of its musician. Whether it’s happy or sad, their emotions flow through the sound.’
This story begins in Sendai on the banks of Hirose River…”

Written and illustrated by Shinichi Ishizuka, Blue Giant was first serialized in Big Comic magazine by Shogakukan. The manga has been released in collected volumes with ten volumes in total. The manga had also been nominated for the 8th and 9th Manga Taisho award, awarded the best manga in the 62nd Shogakukan award for general manga category, and awarded as Grand Prize winner in the 20th Japan Media Arts for manga category.