Among anime fans, it goes without saying that there exists many different tastes and interests in regards to what shows we choose to watch. Different people liking different anime is just another fact of life to anime fans. Some viewers enjoy more adventurous anime such as Sword Art Online, some relax in the pace of more peaceful shows like Aria, while others might find anime such as Paprika more engaging to ponder on some philosophical questions, and so on.

But one thing that may be overlooked is how even the same anime can be enjoyed by different people for different reasons. An anime, after all, can mix various elements that attract more than one type of viewers. Such situation is well-illustrated in chapter 192 of Hayate the Combat Butler, when Nagi and Chiharu were initially elated to find that they both like the same light novel series, but then ended up bickering when they turned out to value different aspects of the series, with the narration noting that they “can’t understand each other even though they understand each other.”

Read More: Out of the Trap of Friends’ Anime Tastes

Gundam is a perfect example of how a series can appeal to different types of fans. Originally partly conceived to promote and sell plastic model toys, the mecha themselves have always been a major attraction of this long-running series. But does that mean that Gundam can only be enjoyed by viewers who are into the cool robots and sci-fi weaponry?

That’s not always the case. As Yoshiyuki Tomino, director the original Mobile Suit Gundam series himself stated, many of the early fans of the show were teenage girls. What drew them to the show wasn’t necessarily the science fiction, mecha, nor its political intrigue, but instead the show’s depiction of human relationships between the attractive characters and their often tragic character drama.

Take for instance how in an episode of Insufficient Direction, the character of Rompers (the persona of real-life manga artist Moyoco Anno) admitted that she was extremely into the character of Garma Zabi when she was an elementary student. This goes beyond a single anecdote, as when I discussed this with an anime blogger from the U.S., he recounted meeting with a female Japanese fan who was also enamoured with Garma Zabi when she was young. These examples seem to affirm the opinion of feminist critic Mari Kotani in her interview in Patrick Galbraith’s The Moe Manifesto (2014), that female fans of science fiction tend to focus more on the depictions of characters, in contrast to male fans who are more likely to focus more on the technological aspects.

Another anime franchise that has managed to attract a wide variety of fans is Macross, with its three mainstays of variable fighters (mecha), idol singers, and love triangles. Fandom scholar Patrick Galbraith (ibid.) praised how Macross as a franchise is able to unite fans of mecha, bishōjo, war epics, and love triangles all together to watch the same show in peace. (And that’s not even counting those who enjoy many of those genres together.)

Galbraith’s example comes with a hopeful message that differing reasons on watching the same anime doesn’t necessarily have to cause conflict among fans (like what happened with Nagi and Chiharu above). Understanding that there exists a variety of reasons for someone to watch a given show should make us realize how normal it is that these differing opinions exist. The way another person enjoys a certain show doesn’t have to affect how we choose to enjoy that same show. On the other hand, we also don’t have to force our way of enjoying the show upon others.

For example, some viewers might enjoy Izetta: The Last Witch more for its yuri aspects, but that doesn’t mean viewers can only enjoy Izetta if they enjoy yuri. Viewers can also be interested, for example, in Izetta’s depiction of the important role of propaganda in modern warfare, something that could be connected to the discussion of that issue by international communications historian Philip M. Taylor in his book Global Communications, International Affairs and the Media Since 1945 (1997). It’s an interesting aspect to the story, as it highlights that modern warfare (at least since World War I) occurs in the context of a media environment, and as such, has taken into account that reality.

Ultimately, the differences in how we each consume anime is interesting as it broadens our perspectives on understanding the anime itself. That just leaves the question: can we all learn to accept those differences peacefully as Galbraith has hoped? Hopefully so.

By Halimun Muhammad | The writer is an alumnus of the Faculty of Social and Political Science of the University of Indonesia who enjoys watching anime and manga | Translated by Caesar E.S. | This article was originally published in Indonesian at KAORI Nusantara on 20 November 2016 | This opinion is the personal views of the author and does not represent the views and editorial policy of The Indonesian Times or KAORI Nusantara 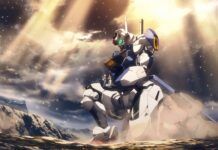 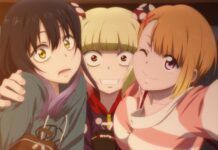