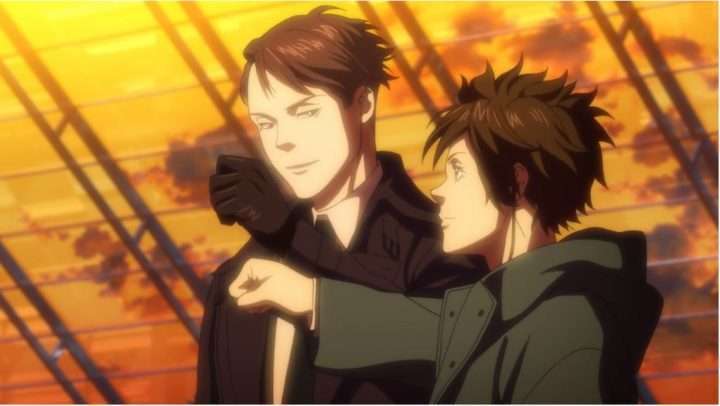 Justice, and the enforcement of it, has changed when Japan in the 22nd century enforces the Sibyl System as an objective means to examine the citizens’ mental states for signs of criminal intent, known as their Psycho-Pass. Anyone harboring the slightest ill-will are subjugated, often violently, by Inspectors and Enforcers, jaded Inspectors who have become latent criminals.

Psycho-Pass 3 follows two new rookies trying to understand the Sybil System and seek the truth in the ever changing world of Psycho-Pass.

Following the new release of Psycho-Pass: Sinners of the System trilogy, the Psycho-Pass series continues to TV series this fall. Beside the change of the main character in this series, one thing that is quite surprising for me as a fan of EGOIST is that the opening and ending themes of the anime are not performed by TK from Ling Tosite Shigure and EGOIST anymore (sad). That being said, the new performers for the opening and ending themes still carry the Psycho-Pass vibes in their songs. This series will be one hour long for each episodes so we can enjoy the story longer.

The new main character is sure to bring a new story and a new perspective on morality and how it can be related to our reality as social criticism from how they act with the Sybil System.