Ai scores a “Wonder Egg” from a gachapon machine at a deserted arcade. But now when Ai falls asleep a girl emerges from her Wonder Egg, the worlds of dreams and reality begin to collide. And it’s all connected. (Source: ANN)

If you are watching the trailer or even read the synopsis of the story, you’ll expect to see a story of some young beautiful girls who want to overcome their own problem through a supernatural phenomena. The problem might revolves around love, friendship, chasing dream or any other teenager problem that we usually see in coming-of-age anime. But this show is actually a psychological story filled with heavy themes such as bullying and suicide. And it totally surprises me, really. It’s surprising given there is little way to guess the story of this anime before the first episode aired.

The conflict revolves around Ai Ooto who wants to overcome her dark past by visiting an imaginary world and completing the task in it. The story is good, filled with lots of metaphor to describe the dark past of Ai and other characters. Ai’s innocence really hits hard, as she tries to overcome her problem but with no clue of how it should be done. You kind of want to support her even though the circumstance around her can feel pessimistic.

Story aside, the animation of the anime works well to support the story, with the characters’ gestures animated clearly so that we could picture their feelings. The backgrounds are also amazingly detailed.

Overall, the heavy themes makes it not a suitable watch to relax, but the way it carries the themes is fascinating for those who are willing to think about them. 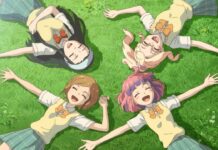 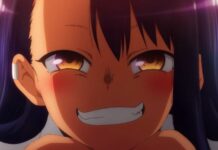