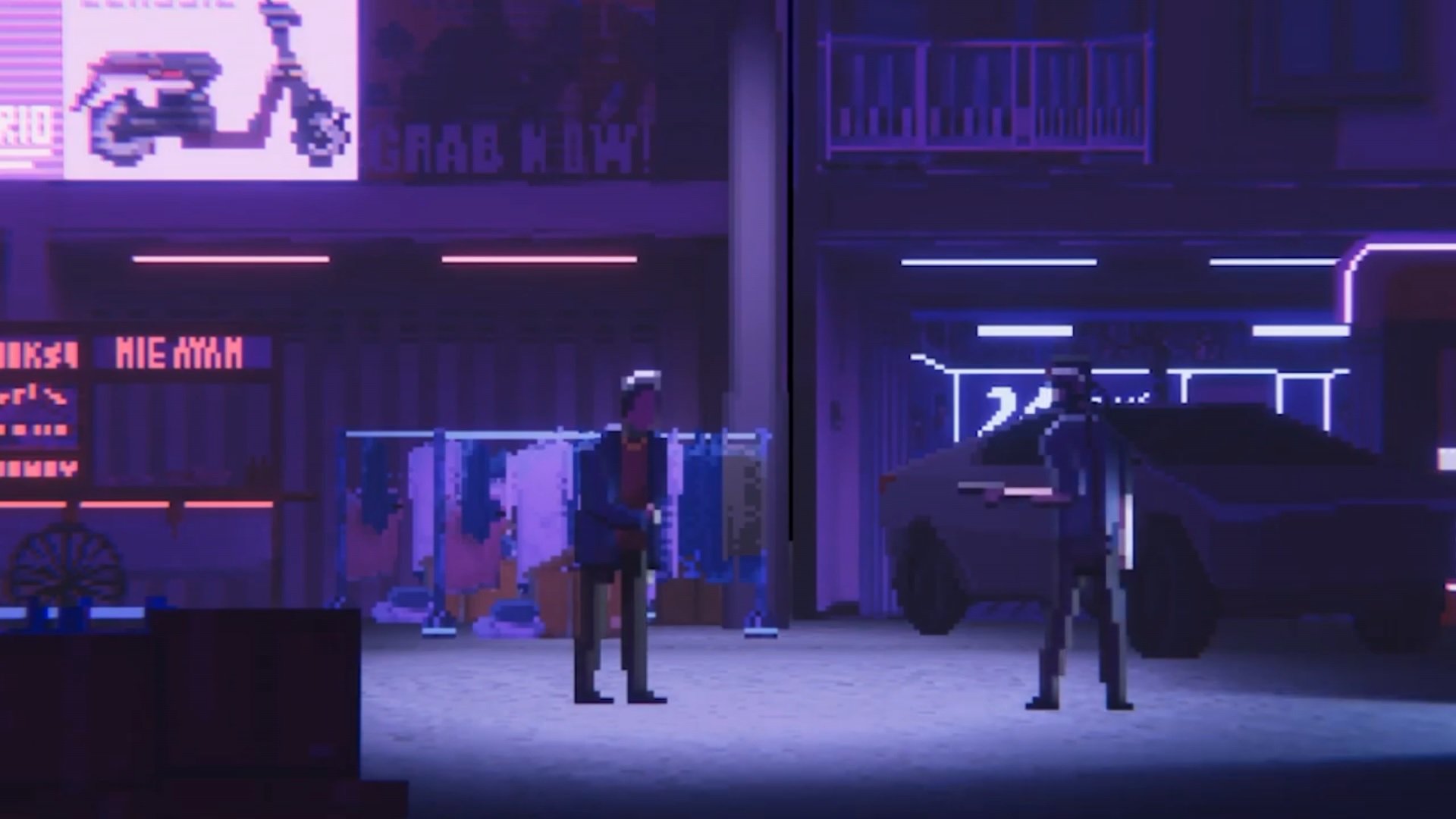 On Thursday (4/2), Indonesian game developer Pendopo Studio has announced the release of the alpha demo of their latest game project Rendezvous. The demo is currently available on Steam and itch.io. Further information about the full game release date is not announced yet.

Hiya! We got an ANNOUNCEMENT!

Don't be shy to leave us your comments and feedback!

According to the steam page, Rendezvous is a 2.5D pixel art adventure game mainly set in the dystopian 2064 city of Neo-Surabaya. This game tells the story of Setyo, an ex-agent living his life quietly, until one day he has to save his sister from certain danger.

Pendopo Studio lists the game features on their website as follows:

Pendopo Studio is an Indonesian indie game studio founded in 2019 and based in Sleman, Yogyakarta. Prior to Rendezvous, the studio also created Cosmobot, A space-themed platformer game that released on their itch.io.