As reported previously, the anime film Josee, the Tiger and the Fish was scheduled to premiere in Indonesia on 5 May 2021, with two cinema chains, CGV Cinemas Indonesia and Cinépolis Indonesia has confirmed to screen the film on their cinemas. However, the film’s distributor Feat Pictures has announced on Thursday (29/4) that the film’s premiere is delayed by two weeks to 19 May because of unspecified reason.

Koutarou Tamura (Kodomo no Jikan, Space Dandy) will serve as the director, while Haruko Iizuka (Accel World, Little Busters!) acts as animation director and character designer. Other staff members include Loundraw (Tsuki ga Kirei, I Want to Eat your Pranceas) as the concept designer, Sayaka Kuwamura as screenwriter, and Evan Call (Violet Evergarden, Tokyo ESP) as the composer.

First published in 1984, the short story Josee, the Tiger and the Fish has been adapted into a Japanese live-action film in 2003 and a Korean drama in 2020. The animated feature was produced at BONES and distributed by Shochiku and Kadokawa, and premiered in Japan on 25 December 2020.

Josee, the Tiger and the Fish will be the fourth anime feature film released in Indonesian cinema during the pandemic. The others were Demon Slayer: Kimetsu no Yaiba, Violet Evergarden the Movie, and Detective Conan: The Scarlet Bullet. During the pandemic, cinemas in Indonesia have been allowed to reopen with strict health protocols, including reduced theatre capacity. 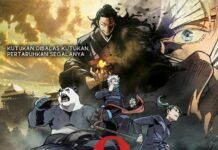 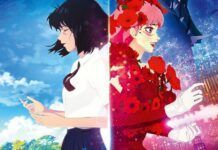 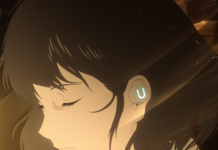