Indonesian comics publisher Elex Media Komputindo is publishing Tatsuya Hamazaki’s novelisation of One Piece: Loguetown Arc in Indonesia. The book is included in the list of new comic book releases for 8 June 2022. According to the product page on Gramedia.com, the suggested retail price for the book is IDR 75000 (about US$ 5.2).

The book is a retelling of the Loguetown Arc. The synopsis of the novel as given on the Gramedia.com product page is as follows:

Loguetown, the town of beginning and the end. It was where the Pirate King Gold Roger born and executed. People with Devil Fruit powers have coincidentally converged in the town! A dire misfortune falls on Luffy and puts his life in danger! This is the story of a great clash between pirates, bounty hunters, and Marines!

One Piece is a manga series created by Eiichiro Oda, The manga follows the adventures a Luffy, a boy who has the ability to stretch his body like rubber from eating a devil fruit and dreams of becoming the pirate king. He and his pirate crew sails the seas in search of the One Piece, a legendary treasure hidden by the pirate king Gol D. Roger before his death. The manga has been serialised in Shueisha’s Weekly Shonen Jump magazine since 1997 and has been collected into 101 volumes at the time of this writing. 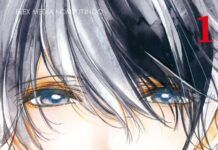