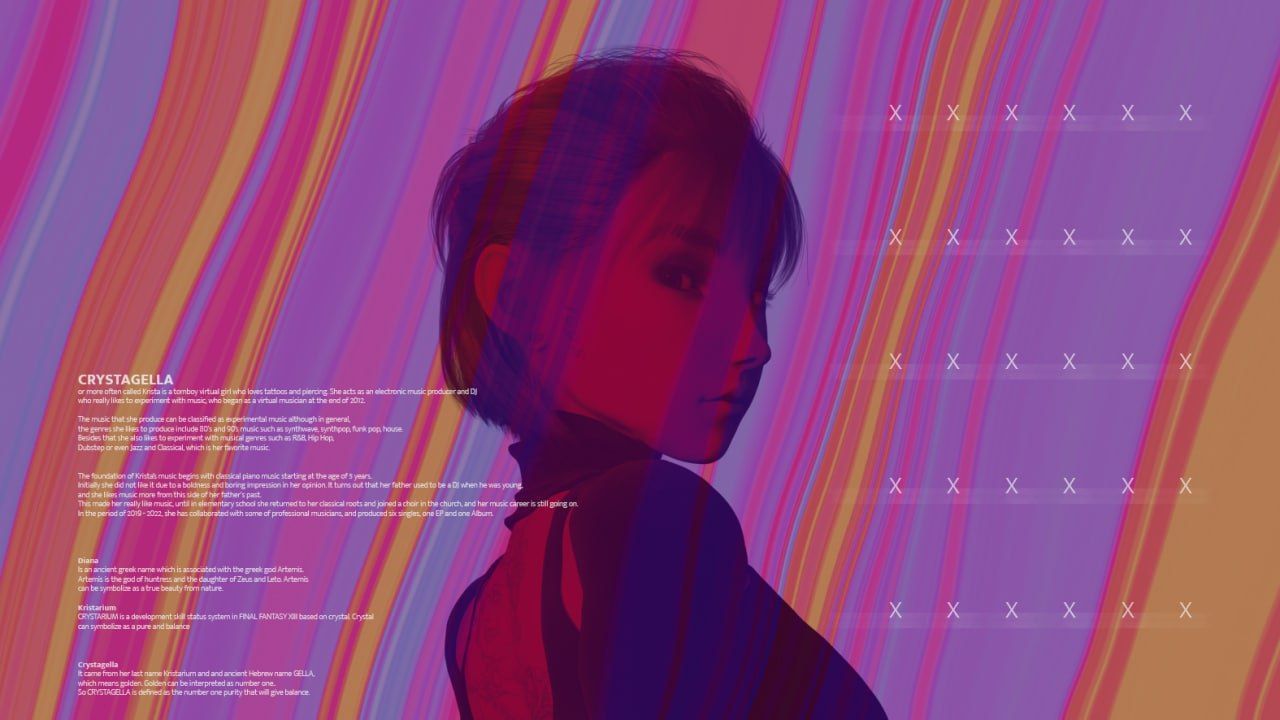 JAKARTA – Future Media and Entertainment company Venuschrome will be holding a music concert CRYonSTAGExxx6, aiming to bring virtual concert experience into the real world. This event is a medium to do a brand activation for virtual musician Crystagella, and will also feature other various well-known musicians from Indonesia.

During Venuschrome’s media gathering event which was held on Wednesday, June 15th, 2022 at SOHO Pancoran Jakarta, Luthfi Suryanda as the Marketing Director of Venuschrome stated that this media gathering was held to introduce Venuschrome and CRYonSTAGExxx6. “At this media gathering, we want to provide you the experience of an interaction between virtual characters and artists in the real world as well as providing details and an overview of the event, CRYonSTAGExxx6 can envision these interactions into an infinite space with the help of immersive media, so that the audiences can receive a very different experience while attending a concert, where we will stimulate all five senses in this event.”

In the media gathering event, Venuschrome introduced themselves, along with their talents and artists, which consist of Crystagella, and GHOSTY’s COMIC; a local comic series. Alongside the introduction, Venuschrome also had the chance to announce their music concert event; CRYonSTAGExxx6 which will feature Crystagella in a hybrid space between the virtual world, and the real world.

Alongside Crystagella, this concert will also feature the performances of Kay Oscar, CVX, Basboi, Yochi, and several other artists who collaborated with Crystagella, such as Daijobu Club, and many more.

Regarding CRYonSTAGExxx6, Venuschrome’s virtual talent Crystagella stated, “CRYonSTAGExxx6 is an event that I have been waiting for to be realized since I can show and give things that I really like to the real audiences, face to face, such as visual, music, and fashion, which can be implemented and showcased through an infinite space.” She then also added, “For CRYonSTAGExxx6, I will also prepare numerous surprises which relate to fashion, music, and visuals. Through CRYonSTAGExxx6, I want my audience to feel and understand, that my life in the virtual world is similar to their lives in the real world.”

Venuschrome Future Media and Entertainment is a brand development and management company, formed in Jakarta, in June 2021. A company that applied the experience design approach to build customer experience management (CXM), Venuschrome has developed the Crystagella brand, which is the first virtual artist in Indonesia, and GHOSTY’s COMIC; the biggest public virtual character in Indonesia with more than 380 thousand followers in its social media account. Furthermore, Venuschrome has also collaborated with several renowned brands such as Unilever, Arnotts, Sony Music Indonesia, and Sambal Dua Belibis through campaigns that have been made to maximize the campaign and brand image to a wider consumer.

Crystagella, also known as Krista, is a female virtual character with a mix-blood of Indonesia and Japan, who started her interest in creating music in 2012. She is an electronic music producer and disc jockey (DJ) who loves to experiment with sound and music. The music she made can be categorized as experimental music. But generally, her genre can be categorized as the ’80s and ’90s music such as synth-wave, synthpop, disco, nu-disco, funk-pop, and house. Crystagella has collaborated with several renowned musicians in Indonesia. In her single “Raison D’Etre” she collaborated with Dea Dalila, an ex-member of HIVI!, and with Kay Oscar through her single “M.E.I.”. By combining virtual concepts that can be enjoyed and savored by audiences, Crystagella is ready to create a breakthrough in the music industry.