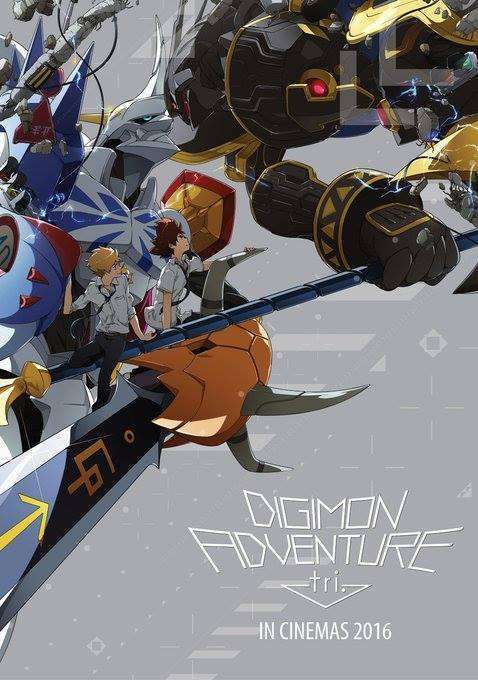 Recent announcements revealed that the Digimon Adventure Tri sequel has been scheduled to be shown in CGV Blitz and Platinum Cineplex next month. CGV Blitz has announced that this movie will premiere on August 2016. But there are no further announcement about the exact date yet.

The Digimon Adventure Tri anime project celebrates the 15th anniversary of Digimon series. Keitaro Motonaga  serves as the director with Yuuko Kakihara as the script supervisor. The character design for this movie is handled by Atsuya Yuki (Cencoroll, Tsuritama). The story takes place when Taichi and the other chosen kids has entered high school and grown. The anime will be a six parts movie and the first and the second parts has been shown in Japan. The third part will premier on September 2016 in Japan

In Indonesia, the original series, Digimon Adventure had been aired by private broadcaster Indosiar. Indosiar had also aired all other Digimon TV series so far.

You can read our staff review of the first Digimon Adventure Tri film here.