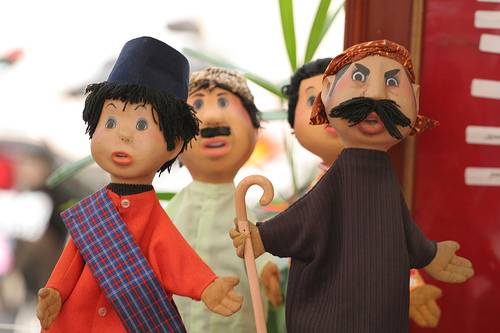 Drs. Suyadi, the creator of the legendary Indonesian animation Si Unyil, has died on Friday (30/10) night at 22.20 WIB (Western Indonesian Time) at the Pelni Hospital, Petamburan, West Jakarta. Also known by the name of Pak Raden, the character he voiced in Si Unyil, he died at the age of 82.

The cause of death is still uncertain. He was rushed to intensive care unit on Friday afternoon after his health suddenly deteriorated.

Si Unyil, his best known creation, was produced by the State Film Production (Perum PFN), and broadcasted at the public television channel TVRI between 1981 to 1993. The modern iteration of Si Unyil is currently airing at private channel Trans 7, while a 3D animation adaptation is being planned.

Widely regarded as one of Indonesia’s most iconic children television program, Si Unyil tells the story of Unyil, a grade schooler, along with his friends, Usro and Ucrit, in the fictional Sukamaju village. In his daily adventures, Unyil often encounters Pak Raden, voiced by Pak Raden himself, and the lazy Pak Ogah, widely known for frequently asking money from others with his catchphrase “Cepek dulu dong (hundred rupiahs, please!).”