Among anime fans, there are many who claim that JoJo’s Bizzare Adventure, the anime series adapted from Hirohiko Araki’s manga, is a super manly anime. On an extreme level, there are fans who consider that this anime as “the savior of anime industry” because it presents the muscular manly male character with suspenseful action rather than the formulaic “cute character doing cute things” in the typical “moe anime.” But did you know that there’s also some moe element in this Bizzare anime?

The moe character in the first part of JoJo’s Bizzare Adventure anime is Speedwagon. Despite his muscular and masculine looks, Speedwagon sometimes looks adorable. He is a very supportive character to other characters, especially Jonathan. Although he realized that he didn’t have special powers like how Jonathan can control Hamon, he always try to help Jonathan in his journey with anything that he could do. His will to help other people with his limitations shows a soft side of him behind his muscular body.

Joseph is the grandson of the first protagonist, Jonathan Joestar. In contrast to his grandfather, Joseph has very different characteristics. He is a sloppy, reckless, humorous yet energetic character. He has a strong will and is also a hard working person, who did all his best when Lisa Lisa trained him. This sloppy and reckless but hard working protagonist somehow reminds me of Honoka Kousaka from Love Live! School Idol Project.

In the third part, Joseph Joestar, the protagonist from the part II had already become an old man. Although he’s getting old, he is still humorous and sloppy. There are some childish parts from Joseph although he is the oldest man in the party. There are times when Jotaro and the other party members got frustated by some reckless things that Joseph did.

Other moe character in Stardust Crusaders is Jean Pierre Polnareff. Before joining Jotaro’s party, he was a minion of Dio who tried to kill them. After a fierce fight against Mohammed Abdul, he was freed from Dio’s influence and decided to join Jotaro’s party. But in his journey with Jotaro, there were many unfortunate events that happened to him, especially related to toilets. His love-hate relationship with Iggy also shows the other side of Polnareff as a caring person.

So far, compared to the other parts, this is the most moe part of JoJo anime. Thanks to the more comical and colorful visual in Diamond is Unbreakable, there are many moe elements in this anime. For this part, I will emphasize the moe elements in the trio of main characters, Josuke, Koichi, and Okuyasu.

Josuke Higashikata is the main character in JoJo’s Bizzare Adventure: Diamond in Unbreakable. He is easily triggered and angry if there is anyone who make fun of his pompadour hairstyle. Josuke is also a kind hearted character who cares and loves his friends and also a family-oriented person. His Stand, Crazy Diamond has the ability to fix/heal (actually restore back to its previous state) something and this is what makes him a JoJo protagonists with a somewhat feminine and kind-hearted side.

Koichi Hirose is Josuke’s schoolmate who is also a Stand user. Among the other characters in Diamond is Unbreakable, Koichi has a short stature which makes him look like a kid, rather than a high schooler. He also has a plain nature, different from the other eccentric characters. Having a short and weak appearance, Koichi actually is a hard working person. Sometimes he knows that he can’t do it but he always try all his best to defeat his opponent. His Stand, Echoes, really describes what kind of person Koichi is, a weak little boy who tries his best to be stronger with all of his effort. This kind of characteristic is what makes Koichi has a moe side.

Okuyasu Nijimura is the schoolmate of Koichi and Josuke. Just like Polnareff in part III, before joining Josuke’s party, Okuyasu was the enemy who tried to kill Josuke and Jotaro. After defeated by Josuke and being left by his brother who got killed by Red Hot Chilli Peppers, Okuyasu decided to join Josuke and became best friends with him. When he was still being Josuke’s enemy, he told Josuke and Jotaro that the reason he and his brother wanted to kill them was to help his father who got cursed by Dio. Thus, just like Josuke, despite his fierce look, Okuyasu is a family-oriented person.

After he decided to join Josuke’s party, Okuyasu suddenly changed into a very different person. The fierce and cruel looks of Okuyasu is swept away by his cheerful, and fun looks which enticed the moe feelings for him. When he and Josuke found  Koichi with Yukako Yamagishi, Okuyasu talked to Josuke about them just like a girl gossipping another person. In an episode when Okuyasu visited the Italian restaurant, he enjoyed the food with so much joy. Compared to the other characters, I personally believe that Okuyasu is the most expressive character. He is the embodiment of what is moe in JoJo’s Bizzare Adventure: Diamond is Unbreakable.

Those are the list of some characters in JoJo’s Bizzare Adventure series who has some moe traits that allow viewers to look at them in a whole new different perspective. JoJo may have some super masculine character design and suspenseful action, but there are also other sides in some of the characters, which makes them moe. Moe is not limited to female petite cute character. Even the muscular, bizzare, and masculine characters also has their own hidden moe side. So if anyone asked me what kind of anime JoJo’s Bizzare Adventure is, it is a bizzare-moe anime.

The Indonesian Anime Times | Written by Rafly Nugroho who has a dream to be moe | This opinion is written from the writer’s personal view and doesn’t reflect the viewpoint of KAORI Nusantara as a whole. 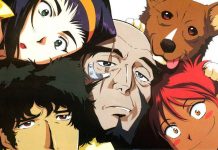 5 Reasons Why Cowboy Bebop is a Moe Anime 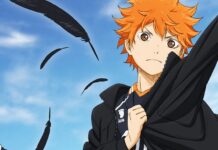