The Japan Foundation Jakarta posted the announcement through their social media account. Nomura is coming as an actor for Chihayafuru movie, which is featured on Japanese Film Festival‘s movie lineup.

Born on 14 November 1993, Nomura started his career as a TV drama actor in 2010. In 2015, Nomura won the Best Newcomer Actor in Osaka Cinema Festival for his role in Kujira no Ita Natsu and Hibi Rock.

Chihayafuru tells the journey of Chihaya Ayase and her friends in the Karuta club to become the best Karuta player in the world. Karuta is a poetry-guessing game, printed in 100 copies of cards. Players have to listen to the first half of the Japanese classic poetry and then guess which card has the continuation of the poetry. This game requires quick hands and strong memorization.

Chihayafuru won the Manga Taisho Award in 2009 and the 35th Kodansha Manga Award in 2011 for the Best Shoujo Manga category. Chihayafuru has also been adapted into a 25-episode anime series by Madhouse animation studio. The first season of Chihayafuru aired in October 2011 and the second season aired in January 2013. The live-action adaptation has also been released in 2 parts in 2016. 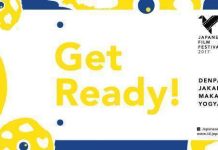 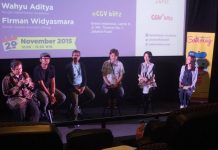