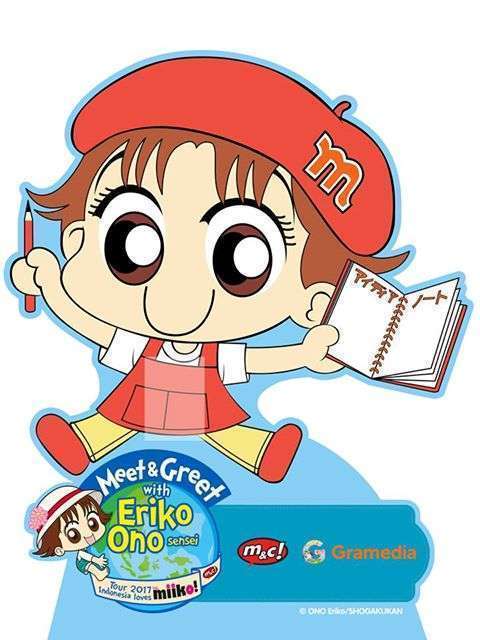 Eriko Ono, the creator of Miiko series will visit Indonesia in March 2017. Fans in Indonesia can meet her at the event Meet and Greet With Eriko Ono-Sensei: Tour 2017 Indonesia Loves Miiko.

This event has been announced by publisher m&c  through their Facebook fanpage. The event will be held at three different places. On March 25, the venue will be Gramedia Metropolitan Mall Bekasi at 3.00 pm. On the next day, March 26, the event will have two sessions. The first session will be at Gramedia Matraman, Jakarta, at 10.00 am, and the second session will be at Gramedia AEON Mall, BSD City South Tangerang at 4.30 pm. Fans can also get signature from Ono in signing sessions during the event.

Kocchi Muite! Miiko (Face this Way, Miiko) is a manga series by Eriko Ono about the life of a young girl named Miiko. Published in Japan since 1995 by Shogakukan, the manga had also  received an anime adaptation in 1999. In Indonesia, the manga is published with the title Hai! Miiko (Hi! Miiko) by m&c .