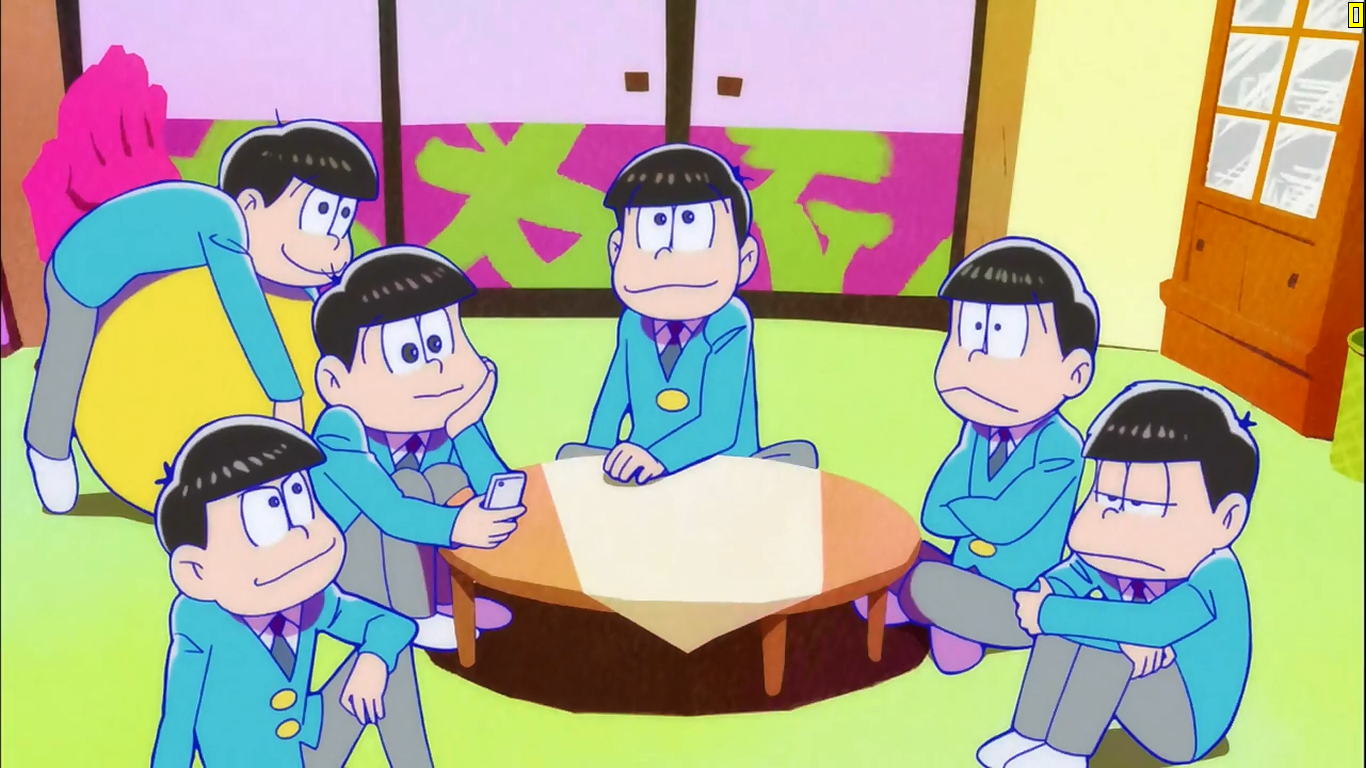 This fall, an old anime was revived into a brand new anime like no others. Osomatsu-san brought us back an old comedy from the 60s to television. The story of Osomatsu-san depicts the lives of six  mischievous brothers of Matsuno household, they are Juushimatsu, Todomatsu, Ichimatsu, Choromatsu, Karamatsu, and Osomatsu. The eldest brother, Osomatsu, is always coming up with stupid ideas for all his brothers to get some work, but he is also is laziest person among them.

Having a different story from the old Osomatsu-kun back in 1966 and 1988, The 2015 Osomatsu-san depicts the six brothers having already grown up and became NEETs (Not in Education, Employment, or Training). These six brothers are having difficult time finding a good job, and with a lack of motivation, all of them are too lazy to find some work. The story follows the everyday lives of the six twin brothers who each had unique characteristics that makes the household full of surprises.

This series can be full of surprises, it is difficult to expect what will come. The show parodied various characters from famous anime such as Naruto, Dragon Ball, Love Live, Yowamushi Pedal, Attack on Titan, and many more into ridiculous skits full of comedy, that delivers a confounding viewing experience.

Osomatsu-san, though, also have a few weakness. First, the jokes rely on using other famous anime characters as the “selling point”. Second, old anime that get remade will still be holding on to some old traditions, such as old jokes that may not be understood by younger viewers.

But, for the older generation who may have watched anime or show like this in his/her childhood, following the jokes of Osomatsu-san is easier, and it revokes a nostalgic feeling like rewatching the show one really liked in childhood days.

The anime has successfully followed the new age of anime and changed a little of their style with some colorful pictures and backgrounds. The story is good and interesting for a comedy. And the comedy is always ridiculous and funny. The artwork of the animation is also good with simple concept that is interesting to watch.