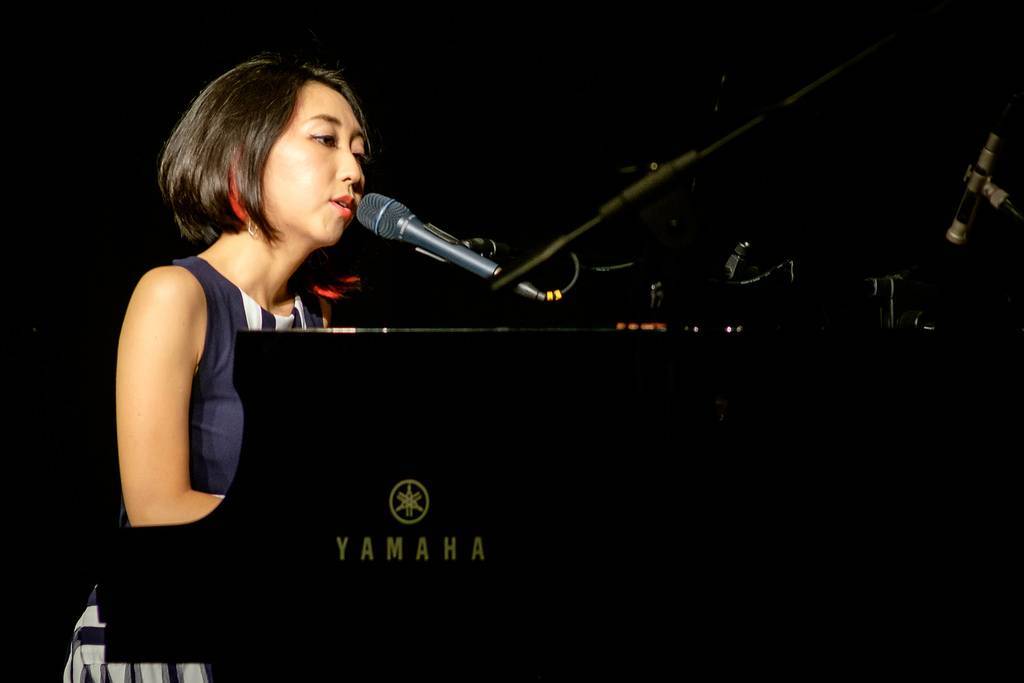 Are you familiar with Bleach? Have you heard Bleach‘s first ending song, Life is Like a Boat? If so, then chances are you’re familiar with the name Rie Fu.

Rie Funakoshi, better known as Rie Fu, is a singer-songwriter from Japan. Currently she’s residing in UK for recording and promoting her songs outside Japan. Most of her songs use both Japanese and English lyrics. 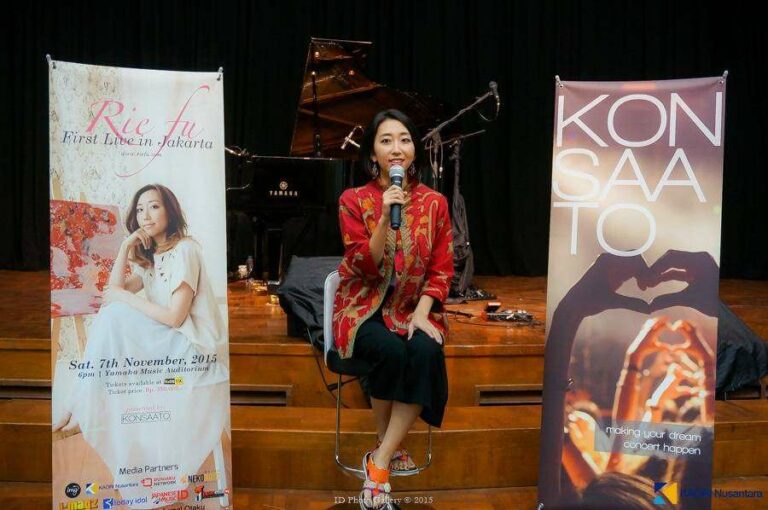 Back in September, Rie Fu announced that she will perform in Indonesia for the first time on the November 7, 2015 at the Yamaha Music Auditorium, Jakarta. Rie Fu also said that her first ever concert in Indonesia couldn’t have happened without the support of fans through a voting held by Konsaato. Konsaato is an online-based crowdfunding platform which allows fans to bring their favorite artists to perform in their cities.

Rie Fu‘s live concert went solemnly as the audience are enjoying the songs from Rie Fu. In the middle of her performance, Rie Fu told the audience that she has been to Bali to learn about the local music culture, such as Gamelan, and she has also learned a bit of Indonesian, even though she forgets some of the vocabularies.

Rie Fu also told the audience that one of her song, Life is Like a Boat, continues to inspire her to this day. The story behind the song is that “Life is like a cruising boat. Even though it moves forward without knowing the way forward and backward, but we believe that it is going straight forward. It’s the same with our life, we have to keep moving forward and let the waves decide which way we are going”

Below are the documentation pictures from our staff and from Konsaato‘s official photographer during Rie Fu‘s live concert:

Rie Fu‘s setlist for the concert:

At the end of the concert, Rie Fu said a few words to the audience: “This is a performance dedicated to all of you. It is like a miracle for me to see all of you attending my concert today. I hope I can perform in Indonesia again, thank you!”