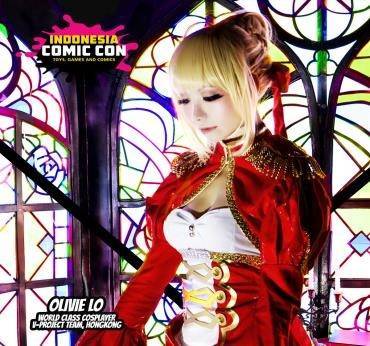 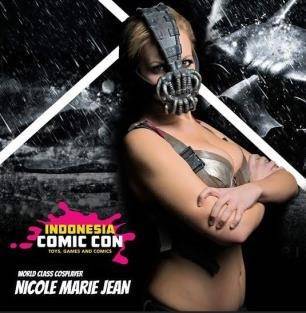 American professional cosplayer, Nicole Marie Jean, will share her creativity and cosplay techniques to fans in Indonesia Comic Con 2015. For the last three years, Nicole is regarded as a very productive cosplayer as she made over 80 costumes that are inspired from the variety of her favourite characters, ranging from books, film, comics, and video games. But it doesn’t stop there, Nicole is also planning to make costumes inspired from anime. Nicole will visit Indonesia for the first time for the Indonesia Comic Con 2015.

Olivie is a cosplayer from Hongkong and she is also a leader in a famous cosplay group in Hongkong named V-Project. She loves characters that have a strong will, and female characters with blonde hair. Since she fell in love with the Love Live! series, she had imitated various version of the character Eli Ayase. V-Project had done several dance covers of the songs from the aforementioned series. They have also appeared in ACG in various countries like Taiwan, Macau, dan Singapore. 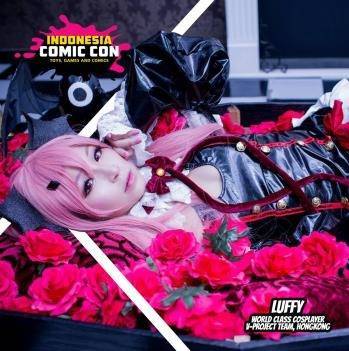 Luffy is a cosplayer based in Hong Kong who is also a member of the V-Project group. As a  cosplayer, she has over 7 years of experience devoted to this hobby. Luffy had participated in cosplay events across many countries and really enjoyed to be on stage as Honoka Kousaka in various versions of the character. 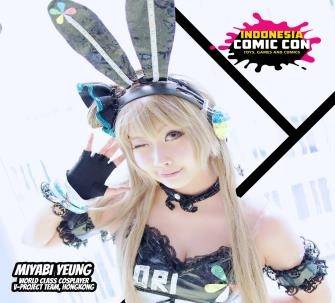 Miyabi is a Hongkong based cosplayer who also joined the V-Project cosplay group. Her love for ACG and costumes made her pursue this hobby since 10 years ago. Some of Miyabi’s favourite series are Touhou Project, Love Live!, and Vocaloid. Miyabi had participated in various events in Japan and Taiwan, and this will be her first experience visiting Indonesia.

We are delighted to be able to unite all the pop culture fans in South East Asia, especially in Indonesia, by Indonesia Comic Con. New York Comic Con is known as the largest and the most exciting pop culture event in the East Coast of United States; we can’t wait to bring this unforgettable experience to Indonesia. “Come and celebrate pop culture with us at Jakarta Convention Center from 14-15 November, because we will bring pop culture celebration to the next level at ICC”. said James Boey, General Manager, Reed Panorama Exhibitions.

PT Reed Panorama Exhibitions (RPE) is a joint venture between the world’s leading event organiser Reed Exhibitions and an Indonesian company leading in the field of tourism, transport and hospitality named Panorama Group. RPE aspires to conduct business professionally through cooperation with government agencies, industry partners, trade associations, venue owners, contractors, and consumers in order to bring the events from and to the industries. Currently, RPE holds eight events in Indonesia in various fields including the development / construction, franchising/licensing, maritime, mining, transportation / warehousing, and the consumer division with Indonesia Comic Convention and Maternity, Baby & Kids Expo.

Indonesia Comic Con (ICC) serves the best pop culture experience from East and West to celebrate the newest contents from comics, anime, toys, collectibles, games, TV, film and entertainment to fans across the entire Indonesia. Fans can satisfy their desires by meeting iconic stars and become the first to own limited edition collectibles shown off by leading brands.