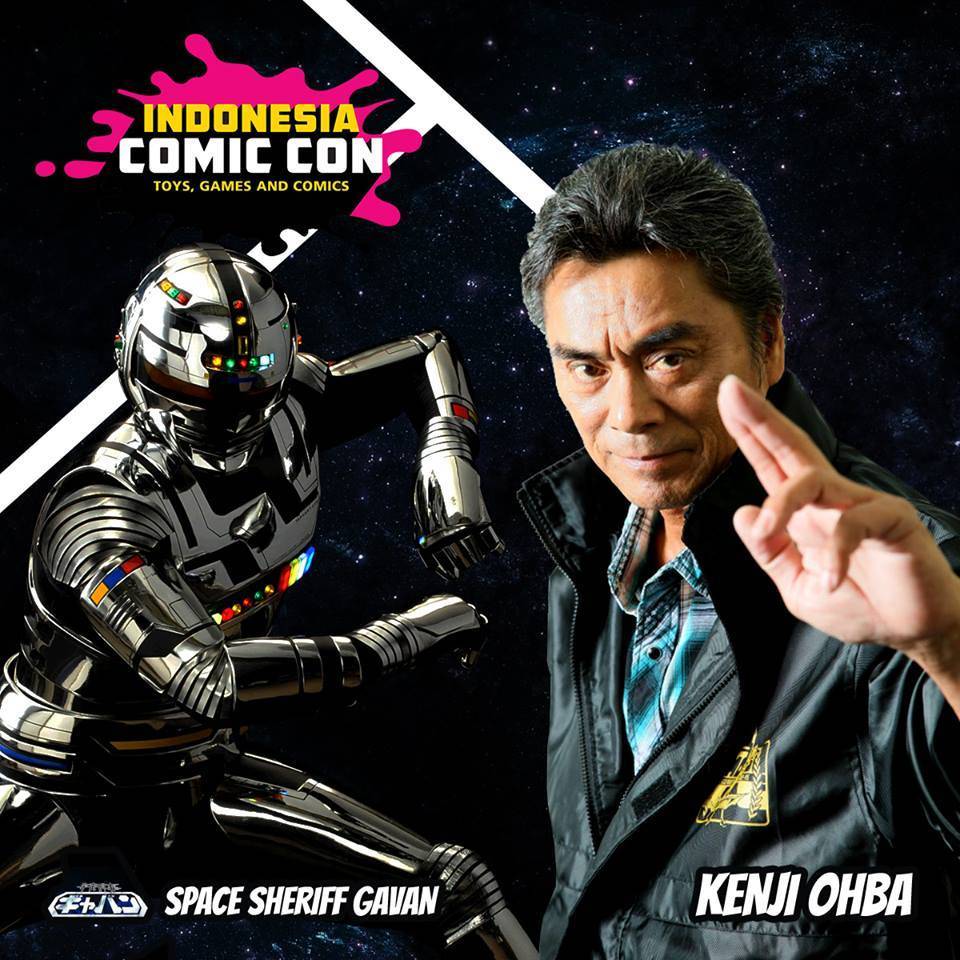 As the market for popular culture grows, various events and festivals that celebrate pop culture can also be seen more often in Indonesia. As the end of the year 2015 getting closer, ReedPOP through Reed Panorama Exhibitions (RPE) has prepared an event full of fun surprises in Indonesia Comic Con (ICC) 2015, which will be held in November 14 to 15 at the Jakarta Convention Center, Senayan. Bearing the theme of “We are Pop Culture”, get ready to show the unique side of yourself at ICC as we bring to you an assortment of pop culture activities such as panel sessions, exhibition, live shows, and cosplay competition. Notable exhibitors from the country and from abroad, will be showcasing their exclusive items and fascinating artworks.

“We are bringing the best and famous icons in the pop culture industry, to ensure that the fans are served with unforgettable performances and experiences. ICC will be hosting 140 exhibitors from six countries: the United States, Italy, Japan, Singapore, Malaysia, and Indonesia; the ‘giants’ that will be holding their exhibitions in ICC include: Sanrio, Piero, Funko, Royal Selangor, re:ON, Glitch, and many more! All of them will be ready to welcome the visitors and deliver the best pop culture experiences,” James Boey, General Manager of RPE explained. “The Indonesian market has a lofty potential and enthusiasm for popular culture. Therefore, we, the exhibitors, and the pop culture icons will work together to make sure that the visitors of Indonesia Comic Con 2015 will be having a unique pop culture experience, one level higher than similar events!”

ICC will become like a second home for fans. Collectors can hunt for their favorite toys at the Collector’s Hunting Ground. They can also see classic toys and collectibles at the Collector’s Private Showcase. For comic book fans, at the Comics Corner Kinokuniya will exhibit the best collection of Marvel and DC comics, as well as your favorite manga!

To celebrate the upcoming release of Star Wars: The Force Awakens ICC collaborated with theinternationally recognized fan community 501st Legion. They are dedicated to suit up in accurate replicas of Stormtrooper and Clone Trooper armors, Sith Lord costumes, bounty hunter costumes, and other villainous characters from the universe of Star Wars. Also bear witness to the creation of a Chroma Depth painting, sized 130x200cm, by the Country Director, Retail and Licensing of Disney Indonesia, Mochtar Sarman. You can bring home the painting with a picture frame and Chroma Depth 3D glasses for USD 2500. 10% of the money from the sale of the painting will be donated for charity.

Need to rest? Don’t forget to visit the Comic Food Street! Comics and manga-themed foods will be served there, including the refreshing Maid & Butler café!

From cosplayers to illustrators, from entrepreneurs to actors and musicians, ICC will have something interesting for everyone. 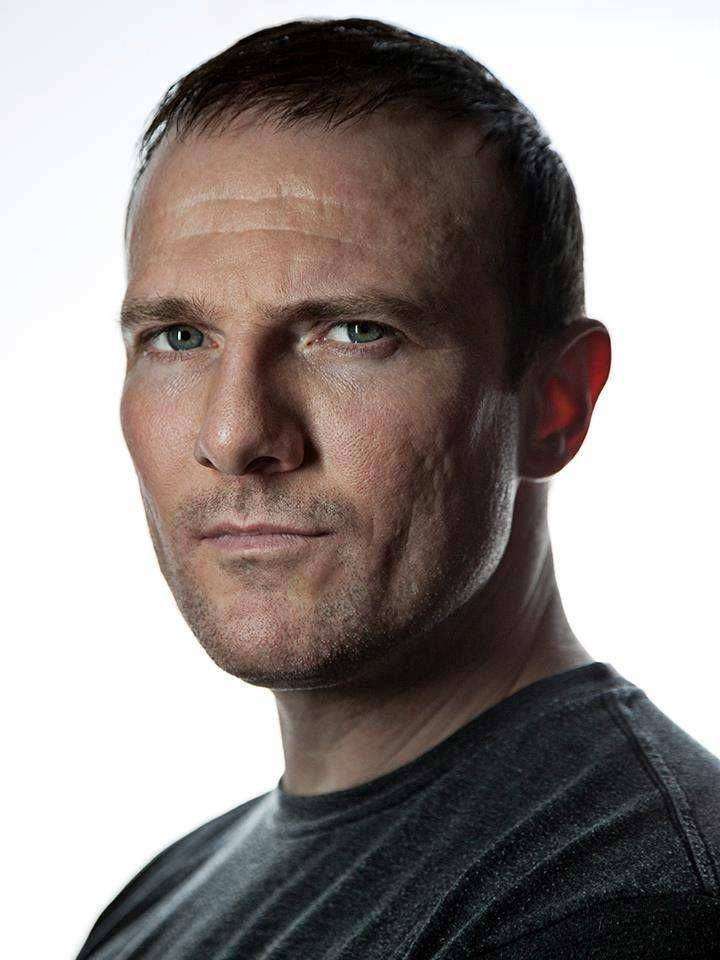 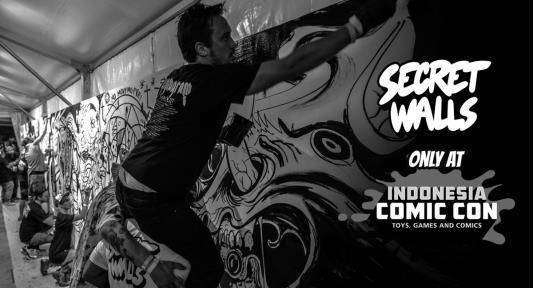 A global art community often said to be the “Fight Club” of art, their illustrations are heavily influenced by Marvel Comics and various graffiti. Secret Walls brought an unrivaled illustration artwork at Shoreditch, in 2006. The simplicity of monochromatic palette combined with the thrilling effects of time limit has proven to be a popular concept. Until now, over a thousand performances have been presented to audiences in many countries.

The revolution in the world of art that has been popularized by Terry Guy appears to be endless. Since Secret Walls first demonstrated their concept at a bar in East London in 2006, the art battle with its unique subterranean backdrop began to spread throughout the world.

Secret Walls is an experience that connects audience and artists as they see a freestyle art performance. If audiences usually see merely the finished works of art, Secret Walls shows the process of creating those works. 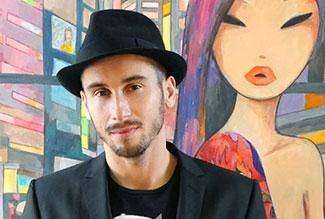 Simone Legno, is an illustrator and creator of tokidoki brand. Hailing from Rome, Italy, he had worked on design projects for renowned companies such as Volkswagen, MTD, dan Microsoft. His love for Japanese culture has been his source of inspiration in creating the world of tokidoki (www.tokidoki.it). In 2004, Legno moved to Los Angeles and develop tokidoki as a brand of clothing, art and lifestyle. tokidoki, a Japanese word which means “occasionally”, has become a phenomenon through vinyl toys, art-skateboards, iSkins, jewelry, wristwatch, sport apparel, accessories, shoes, and stationery. 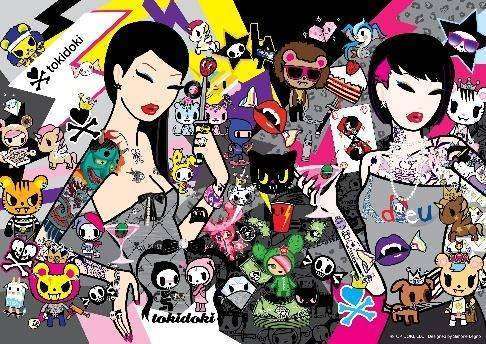 Simone is one of the most sought after speaker by various museums, universities, and conferences; ranging from MOCA (the Geffen Museum-Los Angeles), Adobe MAX conference, UCLA, USC, Flash Film Festival in San Francisco, and Istituto Europeo in Rome.

“tokidoki is hope, the hidden energy that everyone possess, giving us the strength to face our days, and keeping positive dreams that something wonderful will happen to us,” explained Legno. 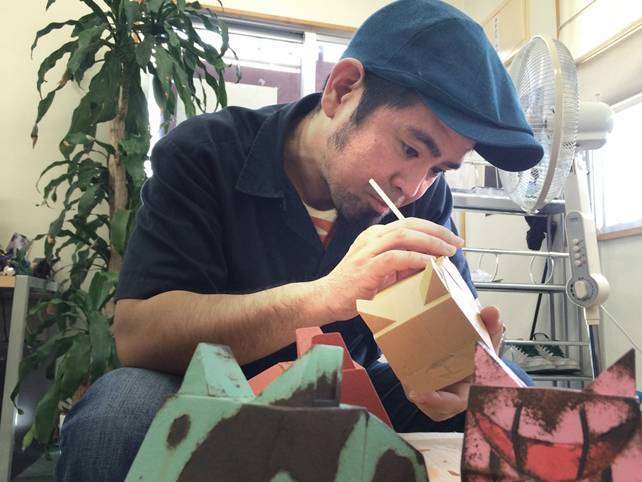 Touma has 10 years of career as a video game character designer. Since 2001 he has been a freelance figure artist and had had exhibitions in Japan, Taiwan, Hong Kong, Singapore, and the United States.

Touma has collaborated on various projects such as Monster Hunter, Star Wars, Ultraman, Ultra Seven, Film Transformer 2-4, Godzilla, and Power Rangers. In the summer of 2013, his original character, Mao Cat was released as capsule toy by Bandai. In 2015 he has also collaborated with the movie Avengers: Age of Ultron.

Born on February 5, 1955, Kenji Ohba is a veteran actor best known for his role Retsu Ichijouji, who transforms into the superhero Gavan (better known in Indonesia as Gaban). Other than performing as the eponymous Space Sheriff Gavan, Kenji Ohba also has starred in a variety of tokusatsu (special-effects) TV shows since 1970, including Kikaider, Ninpuu Sentai Hurricanger, Choujinki Metalder, and others. In 201, he reprised his role as Gavan in the film Super Hero Taisen Z. The experienced actor and stuntman will greet the fans at ICC. Don’t miss the nostalgic chance to meet the legendary actor of the iconic character! 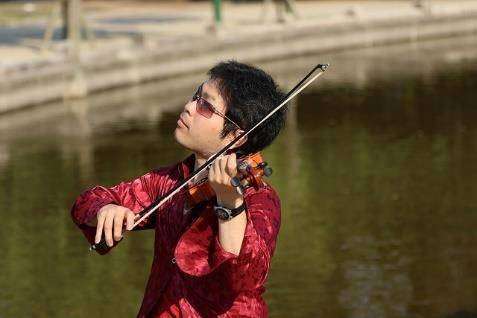 Having spent most of his time in his room, watching anime, playing video games, and reading manga all day, TAMUSIC changed the course of his life when he picked up his violin in 2003, after neglecting it for 10 years. He started to record arrange and upload his violin performance to various websites. Through these sites he gained friends and supporters who have similar interest and passion. Through years of hard work, he is now known for covering songs from Anime, Game, and Vocaloid. TAMUSIC juga banyak dikagumi karena membawakan lagu-lagu Final Fantasy yang menyentuh hati. Haivng performed in 20 live concerts across the world, gathered 35 million online views of his videos, and released 150 CDs in Japan, TAMUSIC will charm the hearts of Indonesian audience with the melodies of his violin.

Two DJs from Japan, Yuyoyuppe and sasakure.UK will enliven the floors of ICC! 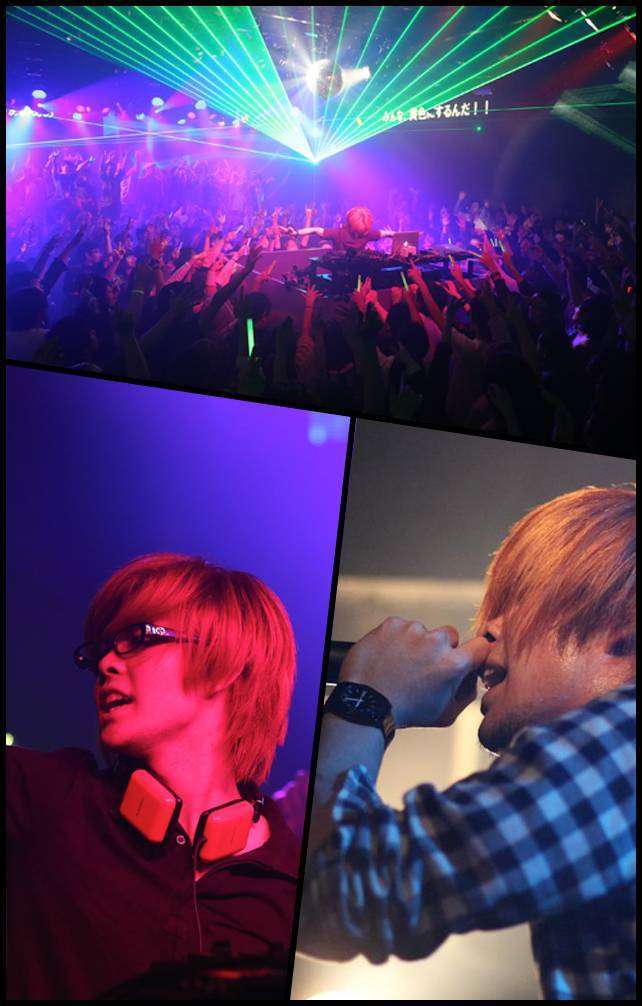 Yuyoyuppe (DJ’TEKINA//SOMETHING) is making his return after appearing in last year’s ITGCC (Indonesia Toys Game & Comic Convention) 2014. Yuyoyuppe is the music producer for BABYMETAL, and also the official remixer of BABYMETAL songs as DJ’TEKINA//SOMETHING, in addition to being an active producer of Vocaloid songs, which include his popular work Leia sung by Luka Megurine.

Yuyoyuppe begun his activities as a Vocaloid producer with his desire to bring music with “flat” perspective, debuting through Yamaha Music Communications. The videos of his performances in Youtube dan Nico Nico Douga have over 10 million views. 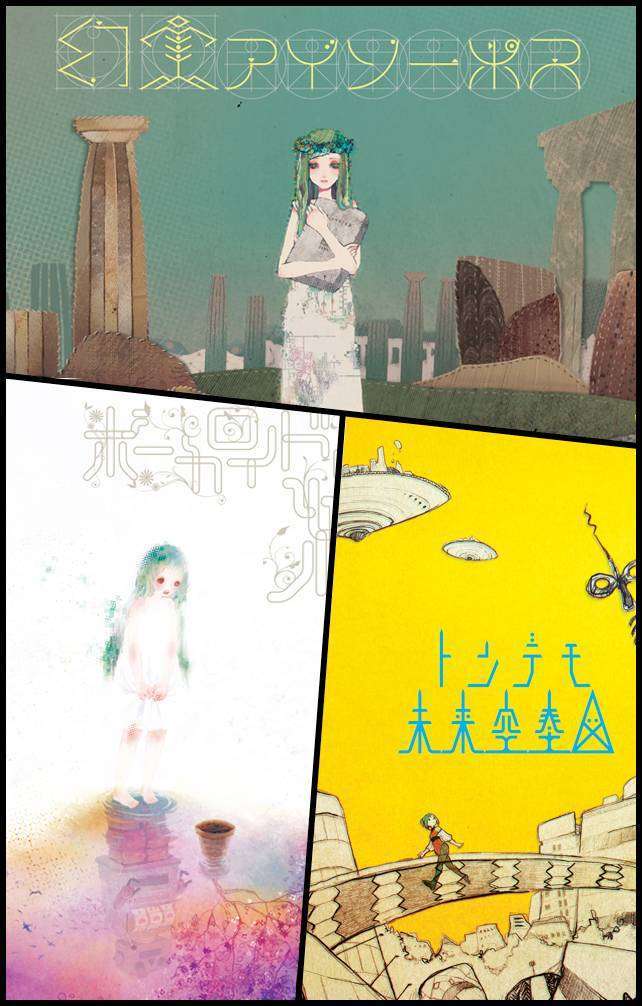 Sasakure.UK is another Vocaloid music producer coming to ICC. Through his hobby of playing video games, Sasakure.UK is proficient in chiptune music. He became more popular as he creates songs with the Miku Hatsune software. He debuted with Vocaloid album “Do Vocaloids Dream Of Doomsday Bird?”. He has written song for Ai Shimizu and performed with Momoiro Clover Z.