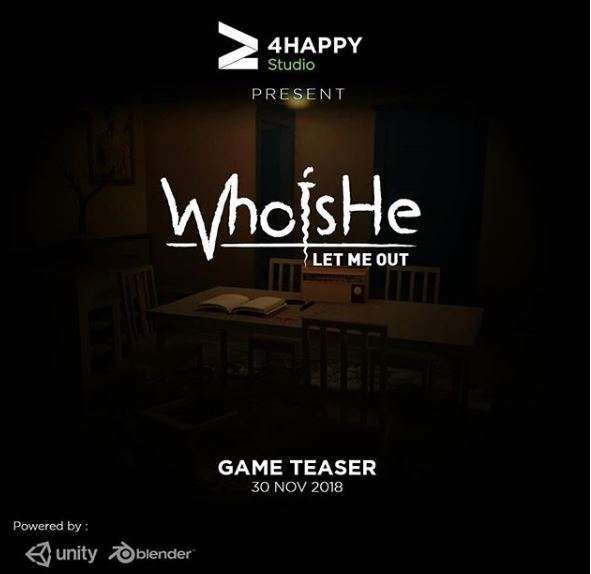 On Friday (30/11), Indonesian game studio 4Happy announced the development of their new game called “Who is He.” The announcement was made on their instagram account, where they posted a teaser of the game. The teaser shows that the game will be developed using Unity Game Engine and Blender with both Indonesian and English language dubs. While the exact release date has not been announced yet, the game is planned to be released in 2019.

“Alvin is a boy who is trapped in a dreadful situation. All of the inhabitants in the village are murdered except him. Nobody knows the real culprit of these murders.”

This game will be the first game developed by studio 4Happy. Based in Batam, 4Happy is an indie studio recently formed with three subsidiaries: games, software, and media. Previously, 4Happy has also released some short films on their YouTube channel.