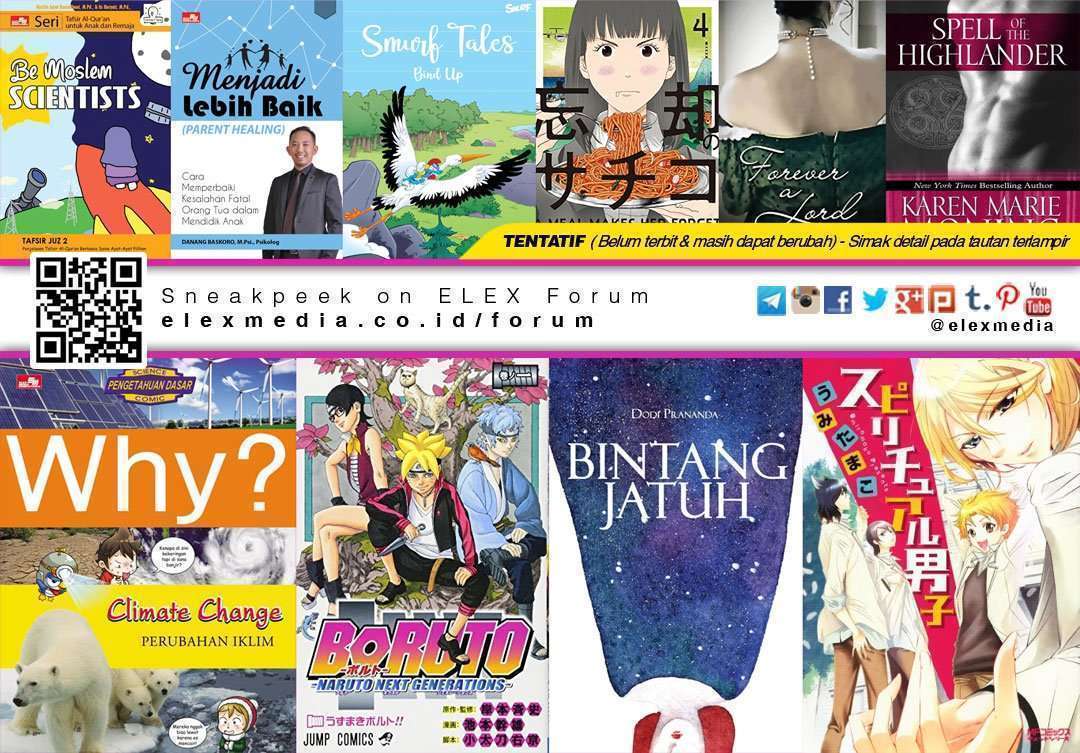 On Friday (7/12), Indonesian publisher Elex Media Komputindo, has revealed that Boruto: Naruto Next Generation manga will be released in Indonesia soon. The title was revealed in Elex Media forum, where the manga is listed in the Sneak Peek list of upcoming manga. The exact release date of the manga has yet to be announced.

Here is the synopsis of Boruto: Naruto Next Generation manga in Elex Media forum:

“The great ninja war has ended. Konohagakure has been in a peaceful era ever since.

However, thanks to his father’s great name, Boruto (the son of seventh Hokage) has to experience a grim life… without knowing that a new danger is lurking in the shadows.

The legend of new generation has begun!!!”

In Indonesia, the Boruto anime has been aired on local television channel GTV with Indonesian dub. The main character Boruto Uzumaki is voiced by Marin, the voice of Adelia in My Pre-Wedding‘s comic dub. Other voice actors involved in Boruto are Iphie Lubis as Denki Kaminarimon, Jane Leisila Zahara as Hinata Uzumaki, Salman Borneo as Shikamaru and Shikadai Nara, Bima Sakti as Inojin Yamanaka. Many other voice actors from Naruto also reprise their roles, including Hana Bahagiana as Naruto Uzumaki.

Naruto is a manga by Masashi Kishimoto, published for the first time in Weekly Shonen Jump in 1999. The manga tells of the adventures of a young ninja named Naruto Uzumaki, who dreams to be a Hokage or leader of the ninjas in his country. The manga has been adapted into anime since 2002, produced by Studio Pierrot and aired by TV Tokyo. There are also several video games released on various platforms. Just like Boruto, Naruto manga had been published in Indonesia by Elex Media Komputindo.