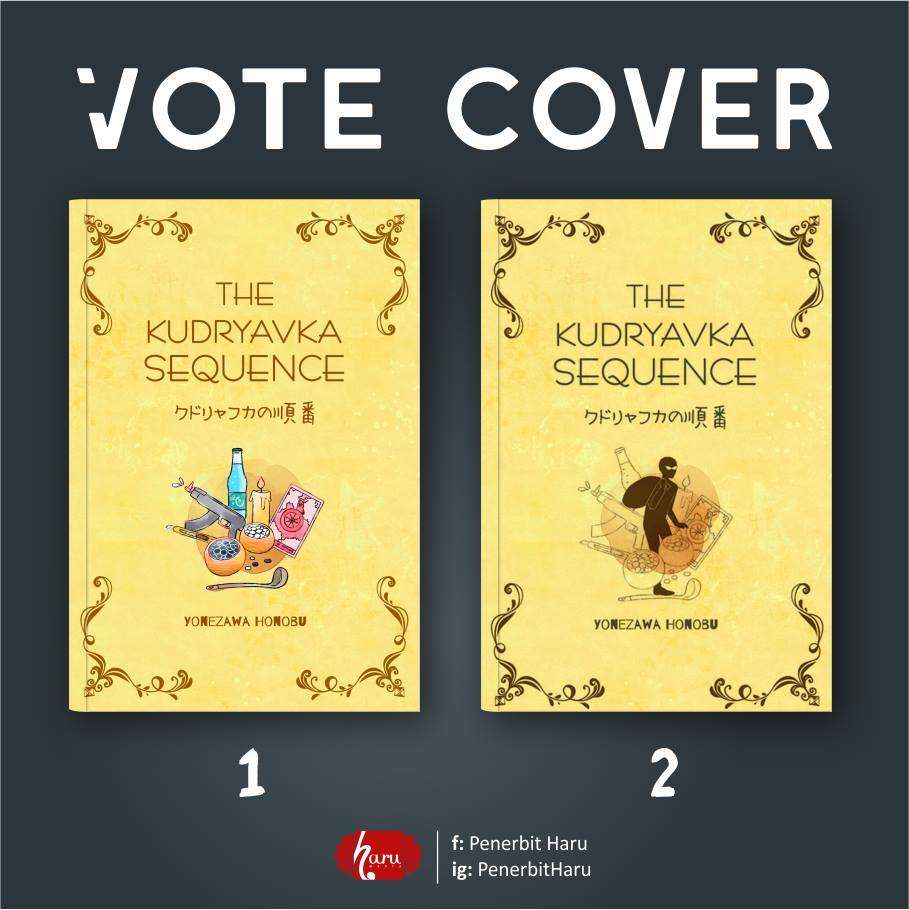 On Tuesday (4/12), Indonesian publisher Penerbit Haru announced the plan to release the third book of Honobu Yonezawa’s Classic Literature Club (Kotenbu) series titled The Kudryavka Sequence. The announcement on the publisher’s social media account posted two versions of the planned cover of the book and fans can vote which cover they like. The publisher has yet to release detailed information regarding the price and released date for the book.

The Kudryavka Sequence is the direct sequel of Kotenbu series’ second book, The Credit Roll of the Fool. This time, the Classics Club faces the problem of having to sell the excessive copies of the anthology they had produced at the school’s cultural festival. At the same time, a mysterious thief has appeared at the festival, causing mischief by stealing peculiar items from certain clubs.

First published in 2001, Hyouka tells the story of Hōtarō Oreki who was forced to join The Classic Literature Club in his new school by his sister. There, he met with various persons: Satoshi Fukube, the self proclaimed “database”; Mayaka Ibara, his acquaintance from middle school; and Eru Chitanda, a person full of curiosity. Oreki then got involved in a mystery from 33 years ago: about Chitanda’s Uncle, about what happen at the Kanya Festival at that year, and about the meaning of “Hyouka” itself.

The novel has inspired an anime adaptation in 2012 produced by Kyoto Animation and also a manga adaptation in the same year. The novel had also been adapted as a live action film that debuted in November 2017.