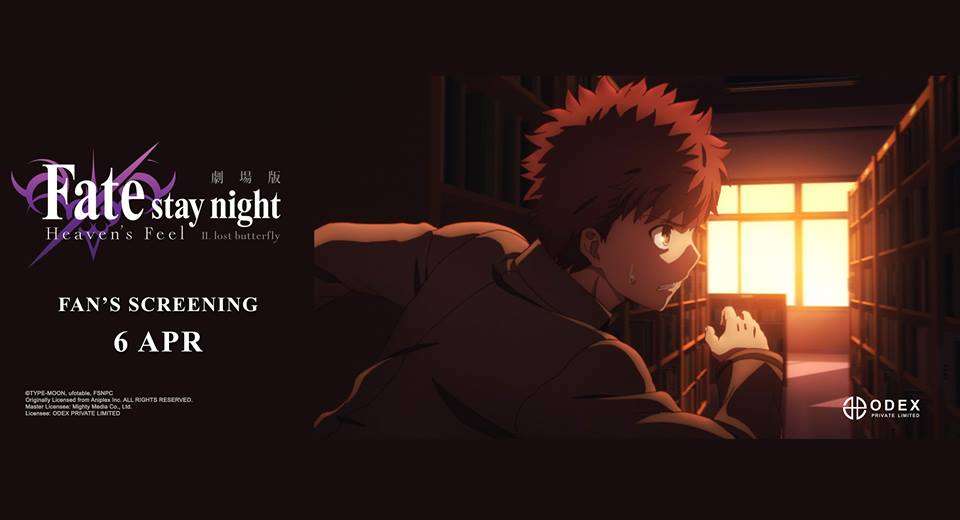 ODEX Indonesia has previously announced that the anime film Fate/Stay Night: Heaven’s Feel II. Lost Butterfly will be released in Indonesia. On Monday (25/3) the official Facebook page of ODEX Indonesia has revealed the date for Fan’s Screening film. The film will be screened at CGV Grand Indonesia on Saturday April 6th 2019 at 14.00 West Indonesia Time. The ticket costs Rp 300,000 (about US$ 21.16) and includes a set of merchandises comprised of an illustration board, clear files, a special commentary book, a message card, and a poster.

Heaven’s Feel is one of the routes in the Fate/stay night visual novel by Type-Moon released in 2004. The route tells the story of Sakura Matou, an ordinary girl with a gentle personality, who will soon get dragged into the horrors of the Holy Grail War, due to her dark past. An animated adaptation of Fate/stay night directed by Yuji Yamaguchi at Studio DEEN aired as a TV anime series in 2006. Later, Yamaguchi also directed an adaptation for the visual novel’s Unlimited Blade Works route at Studio DEEN released in 2010. Another adaptation of the Unlimited Blade Works route from Ufotable aired in 2014 and 2015, with Takahiro Miura directing. Ufotable also produced the anime adaptation of Fate/Zero spin-off novel series. 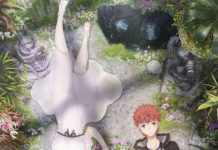