In the past, someone once said to me, “If you are not lost, how do you find yourself then?” Those words made me believe that being lost is a part of your journey to discover yourself.

A show that aired on this Summer 2019, Astra Lost in Space, took those words almost literally by having a show about a journey across the galaxy to return home while discovering and recovering pieces of oneself. The world further than the skies that is still shrouded in mysteries and uncertainty makes for a perfect setting for this journey with the hardships and challenges the characters need to overcome together.

Astra Lost in Space is set in a distant future in the year 2063 when faster than lightspeed (FTL) travel already exists. It started off with a group of high school students from Caird High School, Team B5, who were going to a school camp on another planet, Planet McPa. The group consisted of eight students from various classes, Kanata, Aries, Quitterie, Zack, Charce, Ulgar, Luca, and Yun-Hua, with an additional person, Funi, who is Quitterie’s sister assigned for the team to take care of.

At first, everything seemed normal but when the team arrived at McPa and was getting ready to settle down, a mysterious orb of light sucked all of the team into the depths of space. In all of those despair, they discovered an old abandoned spaceship nearby floating in the orbit of an ice-clad unknown planet. With the spaceship that they renamed Astra, they started their journey 5,012 light-years across the galaxy to return home.

Of course, being a science fiction anime, Astra Lost in Space plays a lot on the basic grounds of classic sci-fi that is describing and confronting the unknown with emphasis on possible methods of science. In this case, Astra Lost in Space successfully involves many possible scientific theories that exist nowadays, but with simple explanations to keep enough focus on the storyline.

One of them is regarding planetary ecosystem and species behaviour. In Astra Lost in Space, every planet that the team visited for supply has different types of characteristics, species, and ecosystem that adds up to the variety of each episode. The unknown conditions and mysteries that linger around one planet would pique curiosity and hype up the anticipation of what to come or what mystery the planet has to offer to us. All those mysteries are surprisingly able to be solved with knowledge of biology and ecosystem that is kept in a simple manner, and so, keeps the audience focused on the main storyline at the same time or connects them to the storyline and makes the main storyline even better.

Packed in twelve episodes with two of them, the first and the last episodes, running for fifty minutes, Astra Lost in Space perfectly tells the story of every character and their hardships through their journey with great pacing. Because this anime heavily relies on planet jumps, the great pace of this anime is built through staying on one planet long enough to develop several characters and stories at once, but still short enough to not become overstayed. This anime also use the travelling time between each planet to further develop the story and thus, keeping this anime at a great pace from the start to the very end.

While it can be considered belonging to survival genre that is usually associated with depression and despair, this anime manages to differentiate itself from the majority of the genre by making the overall theme brimming with fun moments and full of hope. The constant manzai (straight man and funny man) jokes being thrown from time to time is balanced with the more serious topics at hand including personal troubles and a goal to survive, which really flesh out the essence of Kenta Shinohara, the creator of the original material, and make this anime a great ride of an emotional roller-coaster.

The biggest point that really stands out from this anime is its characters and their development. It is later discovered that every character in the team had their own problems and the hardships of this journey helped them come to terms with their problems. In the very dangerous condition like in this anime, the team are demanded to work together and create an environment that is suitable for teamwork even it means that the team must work with a traitor who tried to send them to death and still lurking inside the team. Thus, the role of a leader is very important to the situation like this.

Because of this, the de facto leader of the team, Kanata, becomes the major catalyst to the storyline. He is the pivot of every character development in this series. Kanata’s leadership and sense to help others really “inspire” others in the team to be more open and face their own hardships. Kanata is a spark within the team that really brings out all of the team’s character development.

Not just Kanata, the other team members have various interesting quirks that colour the band of Team B5. Each of every single team member has their own particular set of skills that helped throughout the journey ranging from scientific aptitude, first-aid and health care, to more artistic aspects. Of course, with this journey across the universe, they started to learn how to express themselves more than their trapped-in-the-past selves as they also started to open up and discover the lost pieces of themselves along the journey. With many quirks, unique traits, and backstories, and the existence of a traitor within the team is very well concealed and leads to a very grand reveal of who is the traitor all along and what person the traitor has been working with.

In the very end, Astra Lost in Space secretly became a hidden gem of Summer 2019 season. It is a very great space opera that is emotional and intriguing but still has fun vibes and is very cheerful to follow. It has a very statisfying conclusion and of course, it has character developments that was built through great teamwork and the hardships to survive. Lastly, there is one saying that is emphasized throughout the series and that is “Per Aspera Ad Astra” or in English, “Through hardships to the stars.” This series proven that through any kind of hardships that they had to survive, they could find their own selves and eventually, reach the stars. 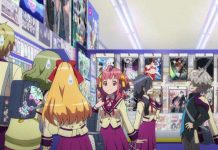 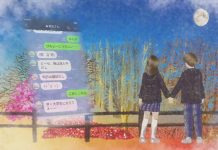 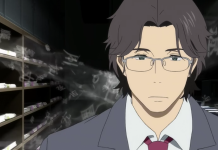 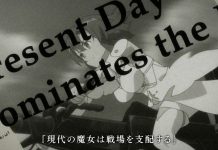 Izetta, the Last Witch Anime Review: the Sorcery of Propaganda