After succesfully holding the event in Medan, CLAS:H 2016 then came to Yogyakarta to find some talented cosplayers in the city. The event was held for two days. The first day is for the CLAS:H competition, and second day is for Fantastic:ON. Aside from cosplay competition, there were many other competitions and activities, such as singing contest, seiyuu contest, dance performance, and so on. There were also stands selling souvenirs and merchandises related to cosplay and anime.

CLAS:H Yogyakarta was held at Jogja Expo Center Hall C on Saturday, March 19th, 2016. Even though the event started at 10.00 a.m., many people had started to gather in front of the entrance gate when our team arrived around 9.00 a.m. Some of them were preparing their cosplay costumes, while the visitors were talking with each other or preparing their cameras. 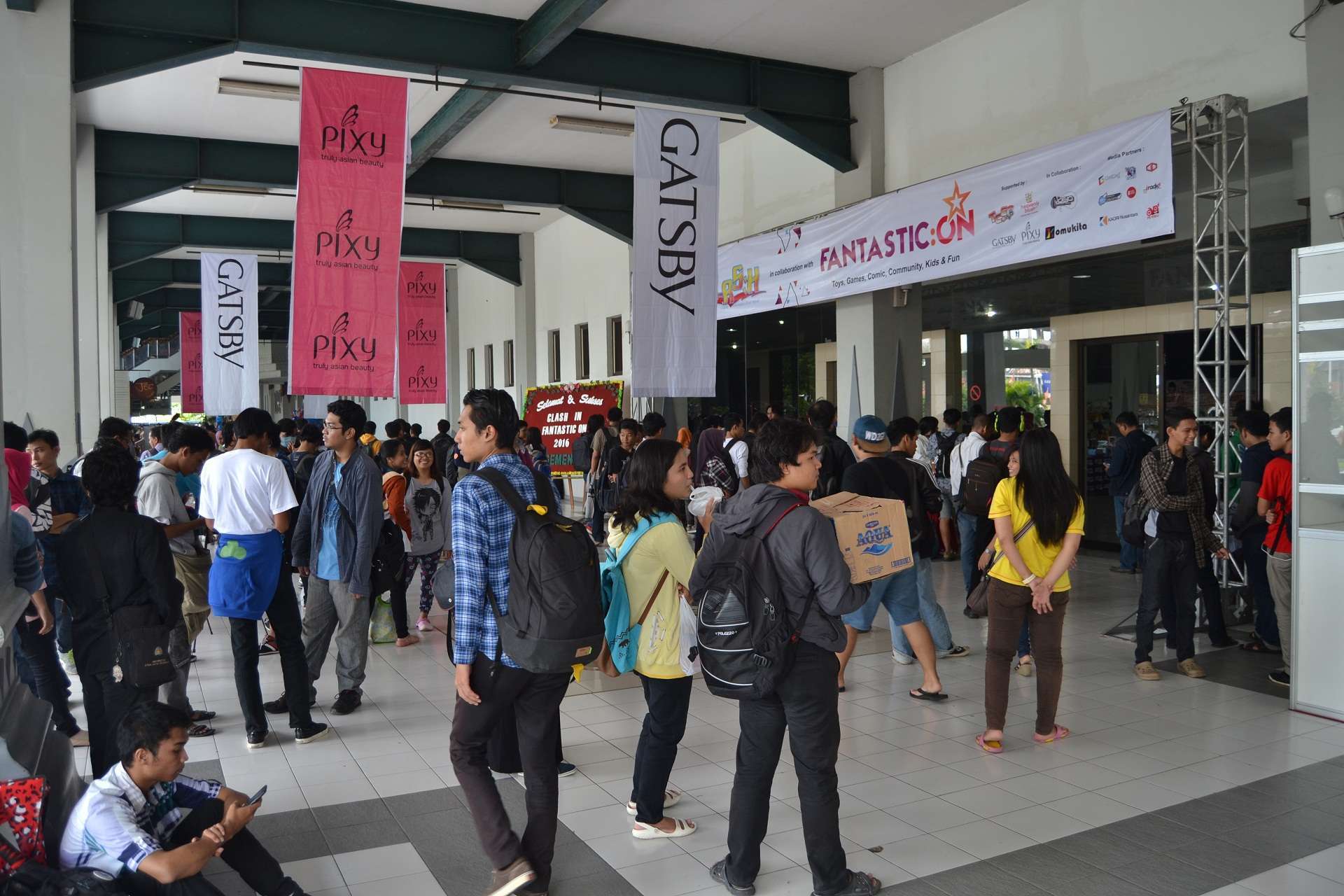 People can bought the ticket at the counter beside the gate. It costed Rp 25.000 (about US$ 2) per visitor. The ticket was just a usual plain sheet of paper.

As our team entered the building, the organizers were still finishing their preparations, such as arranging chairs for visitors, or preparing lighting equipment. We also had a chance to see the DJ REDSHiFT doing sound check by testing some anisong with their style. The stand attendants were also arranging their stands.

Even though the opening was scheduled at 10.00 pm, it seemed that the organizers took longer to prepare everything. So the crowds were getting bigger in front of the entrance gate. Finally, the gate was opened at around 10.35 a.m.

Zhuge, cosplaying as Saitama from One Punch Man, opened the event by greeting everyone in the venue. After introducing himself and explaining the rundown, he greeted some visitors who sat in front of the stage and asked their experience with CLASH:H. He also greeted someone cosplayed as Genos, Saitama’s sidekick, and made some jokes about it which made the visitors laugh. 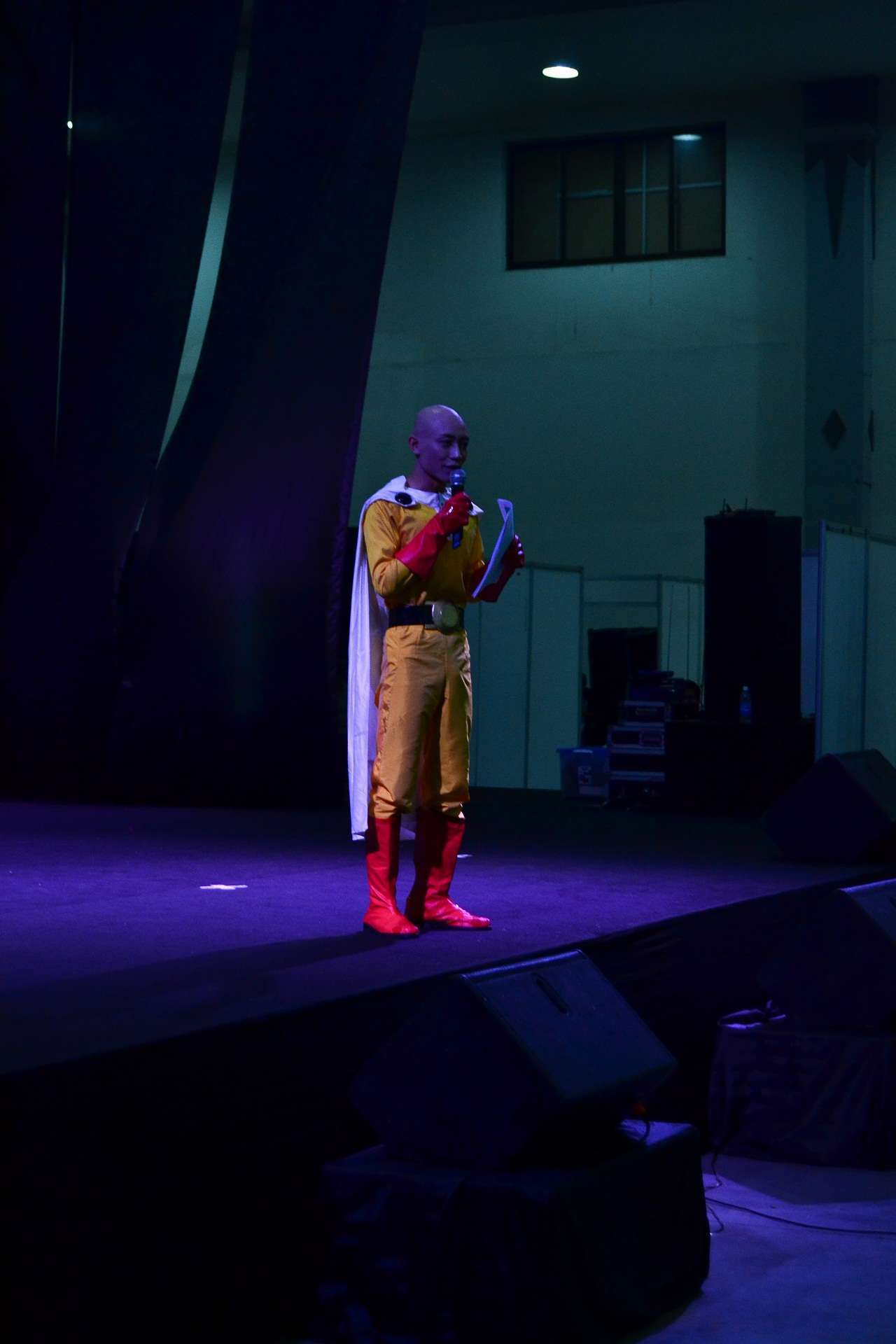 Following the performance was the Anisong Karaoke Contest. There were eight participants who took part in the competition. Each of them had to sing an anisong and most of them wore costumes related to the anime. Some songs were from more recent titles, such as Checkmate (Dagashi Kashi), Yoru wa Nemureru kai? (Ajin), and Garasu no Hanazono (Love Live! School Idol Project). But there were also old songs such as Fukai Mori (Inuyasha) and Dearest (Inuyasha). The judge for this competition was Redshift.

After that, there was a performance from a cosplay group named Majisuka Batang. They performed a show adapted from Bleach, where Ichigo Kurosaki tried to save Rukia from being kidnapped by Abarai Renji. 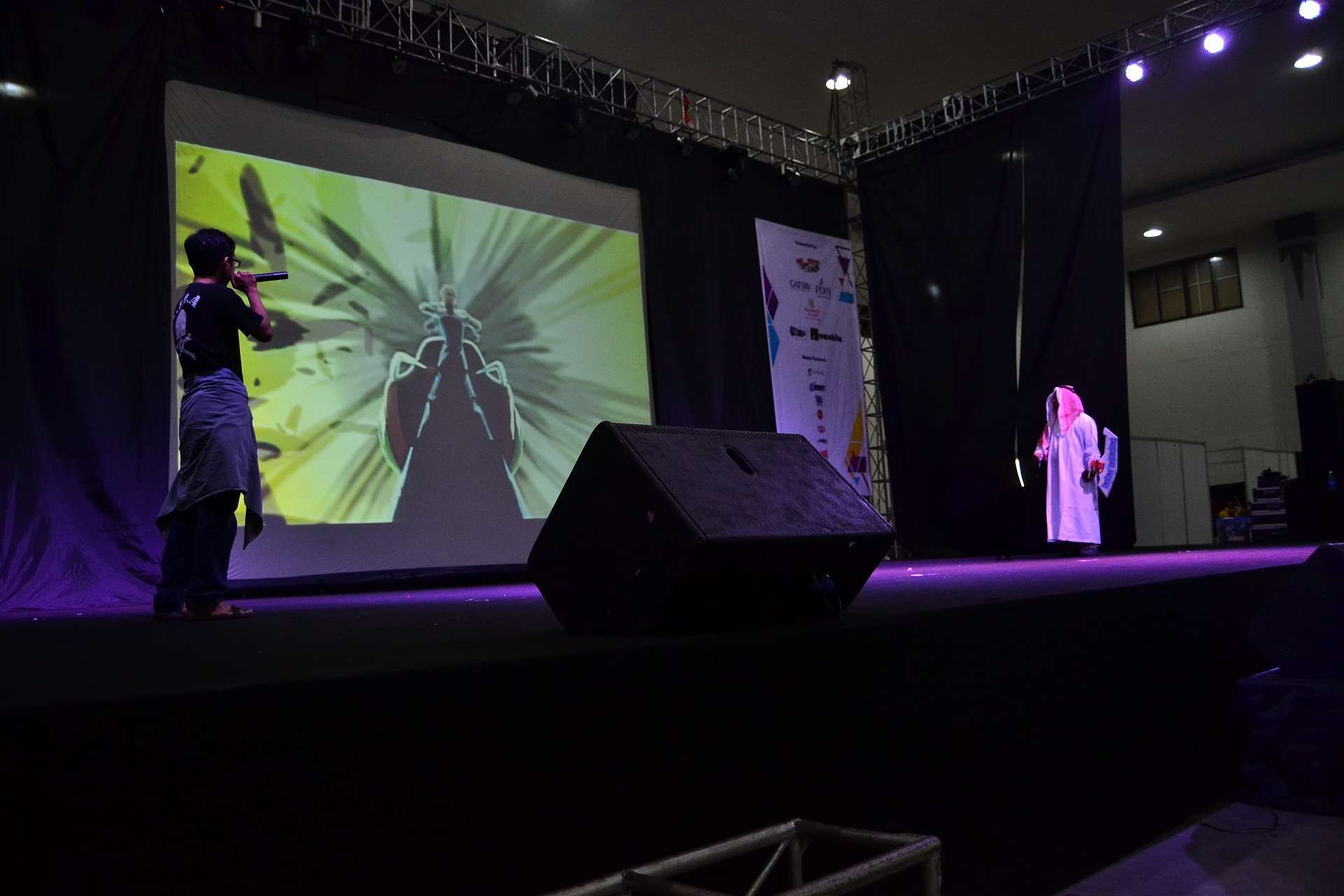 The next program was the Seiyuu contest. Here, participants had to voice over an anime scene in Japanese. Some of them wore costumes related to the anime they used. Some notable animes were shown such as Naruto, One Piece special, Fairy Tale, and Sket Dance. Visitors gave a big applause when Adela’s performed with a cute for a scene in Fairy Tale. Visitors were also surprised when Za Thoyyibers, a participant who performed using a scene from Yu-Gi-Oh!, appeared wearing an arabic thawb and Keffiyeh, which lead to him to be addressed as Sultan.

After about an hour break, the winners of the Anisong and Seiyuu contests were announced. Here are the winners:

While the competitions and performances went on, visitors also checked around the booths in the building. Most of them sold merchandises related to anime and manga. But some booths also offered cosplay accessories and costumes.

Take a look at Winpii anime store which sold some anime-related merchandises including keychain, T-shirt, notes, and etc. There were also TCG booths selling trading card games and its equipments. Others booths on the west side also sold toys such as action figures and nendoroid.

There were varied contents offered by the booths. Some booths offered anime-pictured bags on their display. Another rented yukata for visitors. Another offered a quick lesson on Japanese writing. Community booths such as Gamabunta and Forum Komik Jogja were also present.

In front of the stages, there were also some stands from official sponsors selling their products. CLAS:H also sold their official merchandise there, including posters, T-shirts, photo books, and mugs.

Unfortunately, there weren’t any booths selling foods or drinks in the buildings. Visitors would need to go outside the building in order to get some drinks.

The event continues with the Single Coslpay Competition. Here, cosplayers performed on the stages, and then viewers vote their favourite cosplayers after their performances. 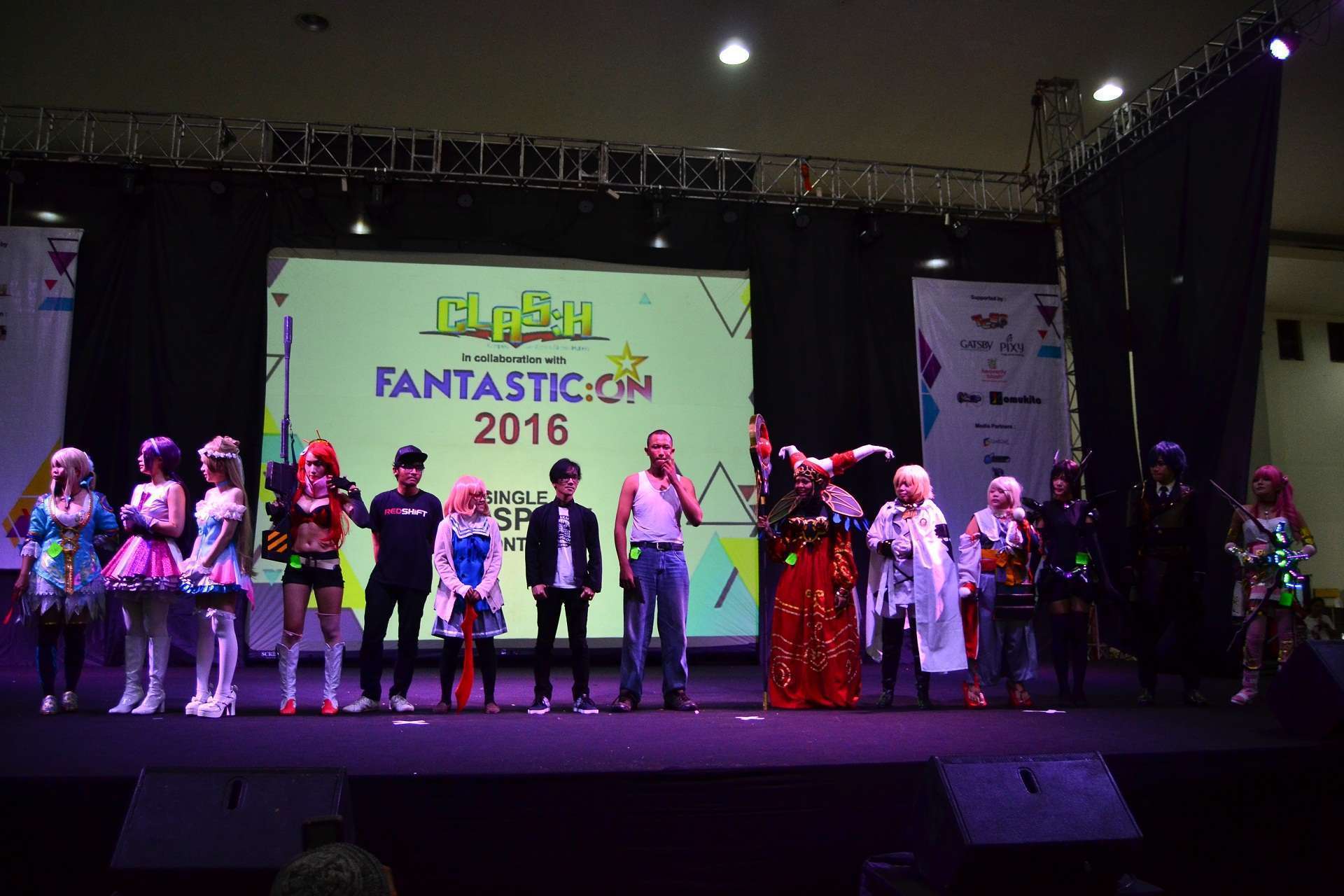 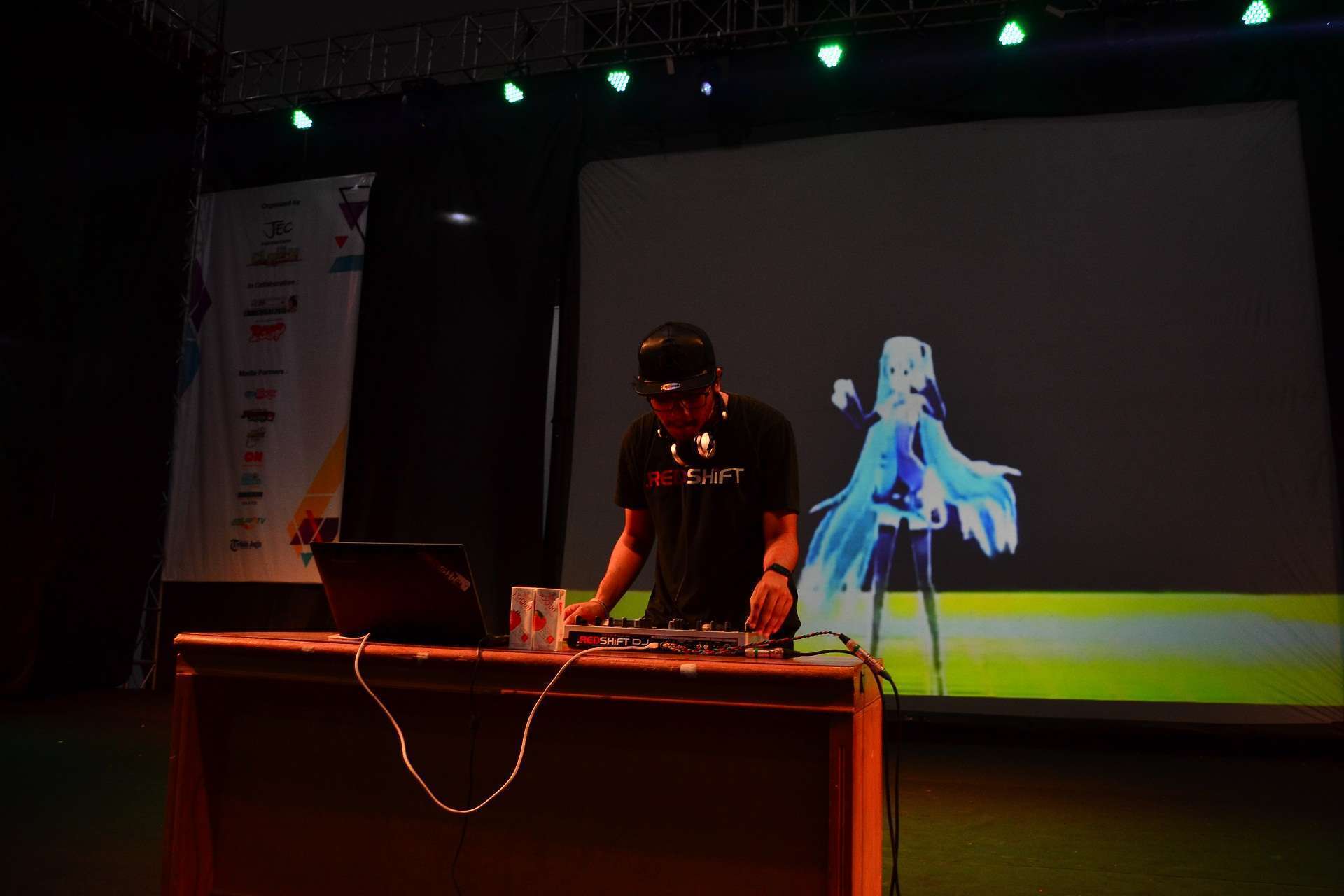 After the introduction of the judges (Sara Tousa Bao, Misaki, Onnies, Daikon Sky, dan Ryan Anggoro), then the CLAS:H Competition was started. With 14 groups of participants, the competition was divided into two sessions and the interlude between them was filled with a performance from Sara. The enthusiasm of the visitors was clearly seen when visitors filled up the area in front of the stage. 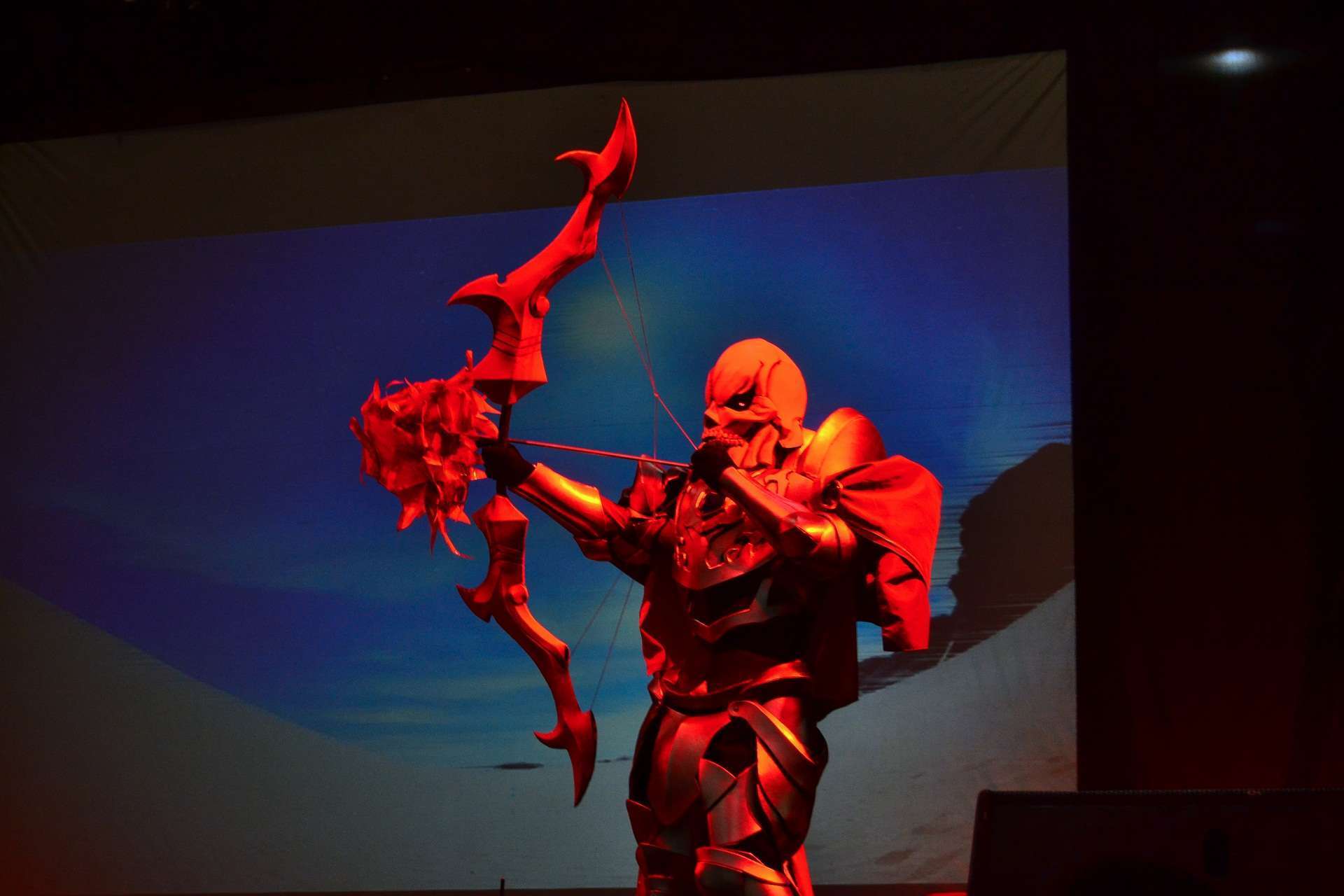 Participants compete with their best performances. With a limited time, each group tried to get more scores and attention from the judges. Unfortunately, an incident happened when one of participant fainted in the middle of the performance. 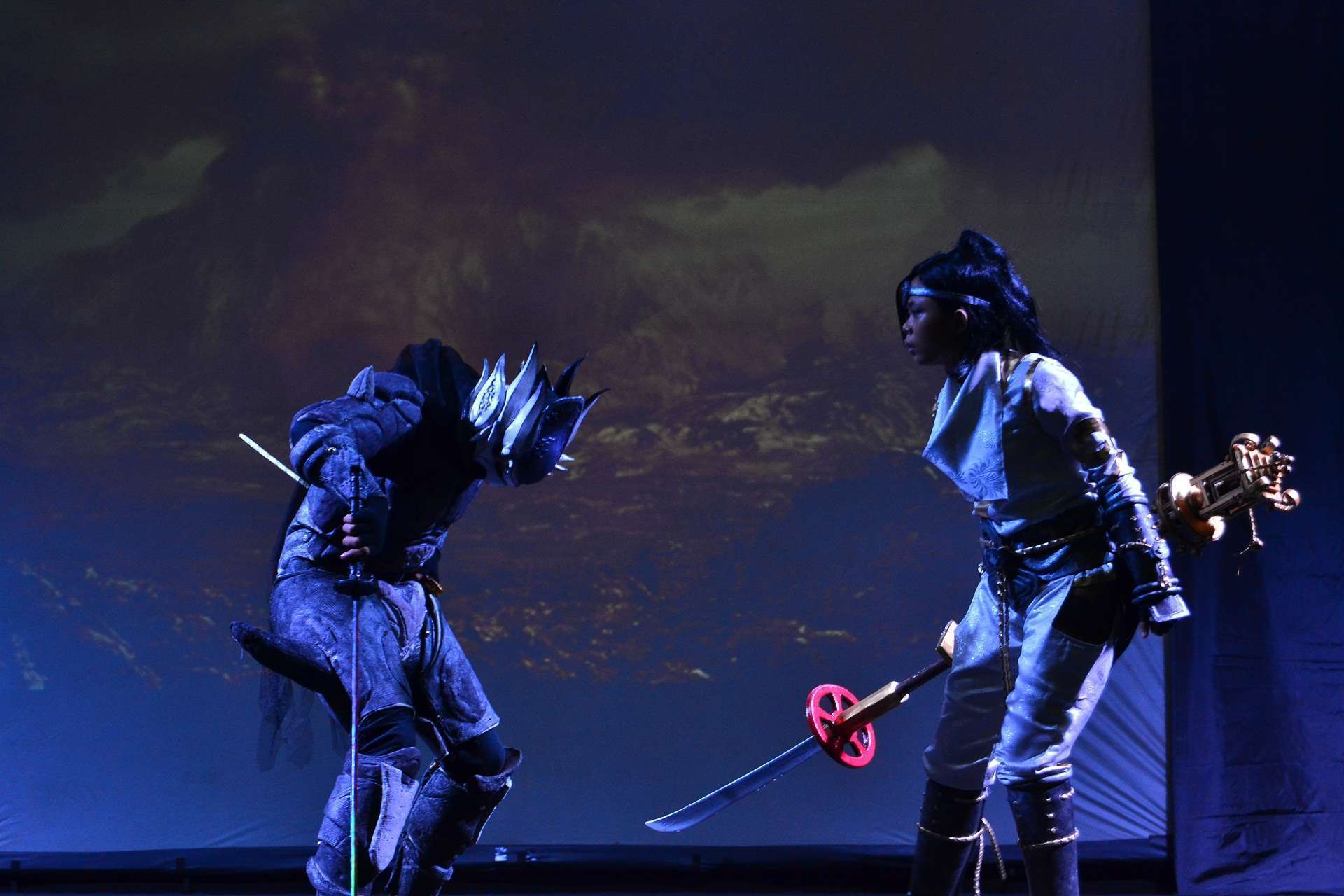 What was unique from this announcement was that there were two teams as the first winners. The two teams will become representatives for Yogyakarta and Central Java region to compete in national level CLAS:H 2016 in Jakarta. Congratulations for the winners! 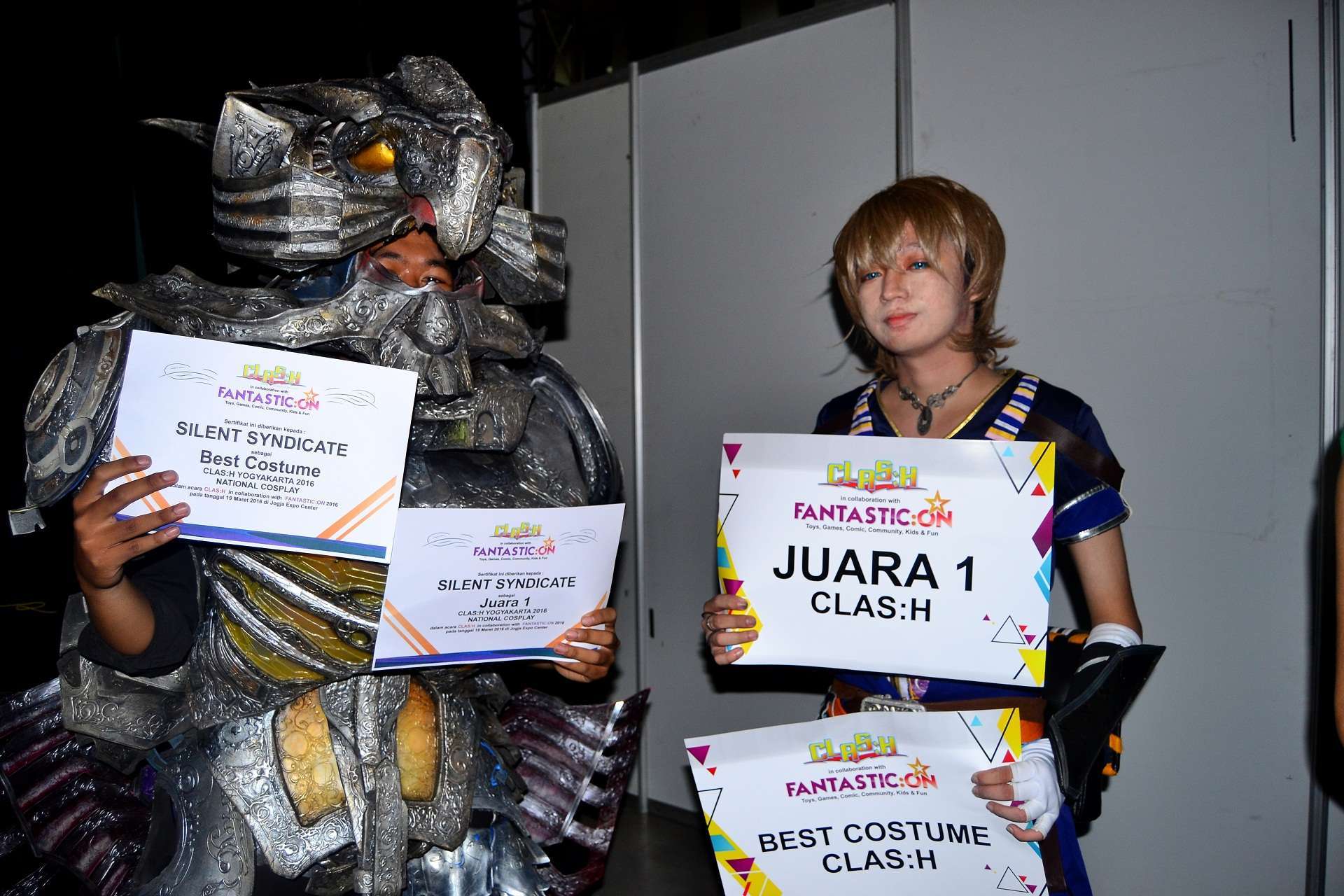 The announcement concluded Clas:H 2016 Yogyakarta for that day. Stay tune for another report from other Clas:H event in other city.

What Should We Improve? Share Your Feedback in The Indonesian Anime...

Dany Muhammad - 4 April 2020
For five years The Indonesian Anime Times have been bringing news and views from Indonesia on Japanese and Indonesian pop culture to the world, and now we'd like to hear your feedback!

Visual Novel “Bunka no Kenkyu – Revival of Queen Leyak” to...