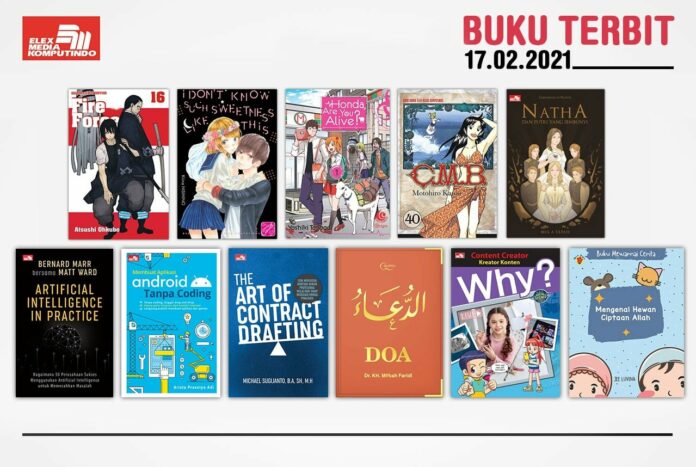 Indonesian comics publisher Elex Media Komputindo is releasing Yoshiki Tonogai‘s survival comedy manga Honda, are You Alive? (Ikitemasuka, Honda-kun?) and Kiina Nishino’s romance manga I Don’t Know Such Sweetness Like This (Konna Amai Koto, Shiranai…).  The former manga is released under the mature-rated comics label Level Comics and both titles has been included in the list of new comic book releases to be shipped on 17 February 2021. Book retailer book retailer Gramedia’s online shop lists the first volume of Honda, Are You Alive? with the retail price of IDR 45,000 (about US$ 3.2) while I Don’t Know Such Sweetness Like This retails for IDR 40,000 (about US$ 2.9)

Honda, are You Alive? is a four panel (yonkoma) manga that follows a girl named Arisu, and a man named Honda who confesses love to her amidst a zombie outbreak. As they survive together in the zombie-infested world, it seems that Honda has some secrets of his own. The manga is serialized in Square Enix’s Shonen Gangan and has finished with three collected volumes.

In I Don’t Know Such Sweetness Like This, a girl named Rin is mistaken to be a delinquent in her first day of high school because her hair has been dyed as a prank by her older brother. When she bumped onto a famous hairstylist named Hanae, her hair gets stuck in his bracelet and has to be cut. Hanae offers to take responsibility for damaging Rin’s hair, but somehow it involves marriage. The manga is serialized in Shogakukan’s Betsucomi and finished with one volume.