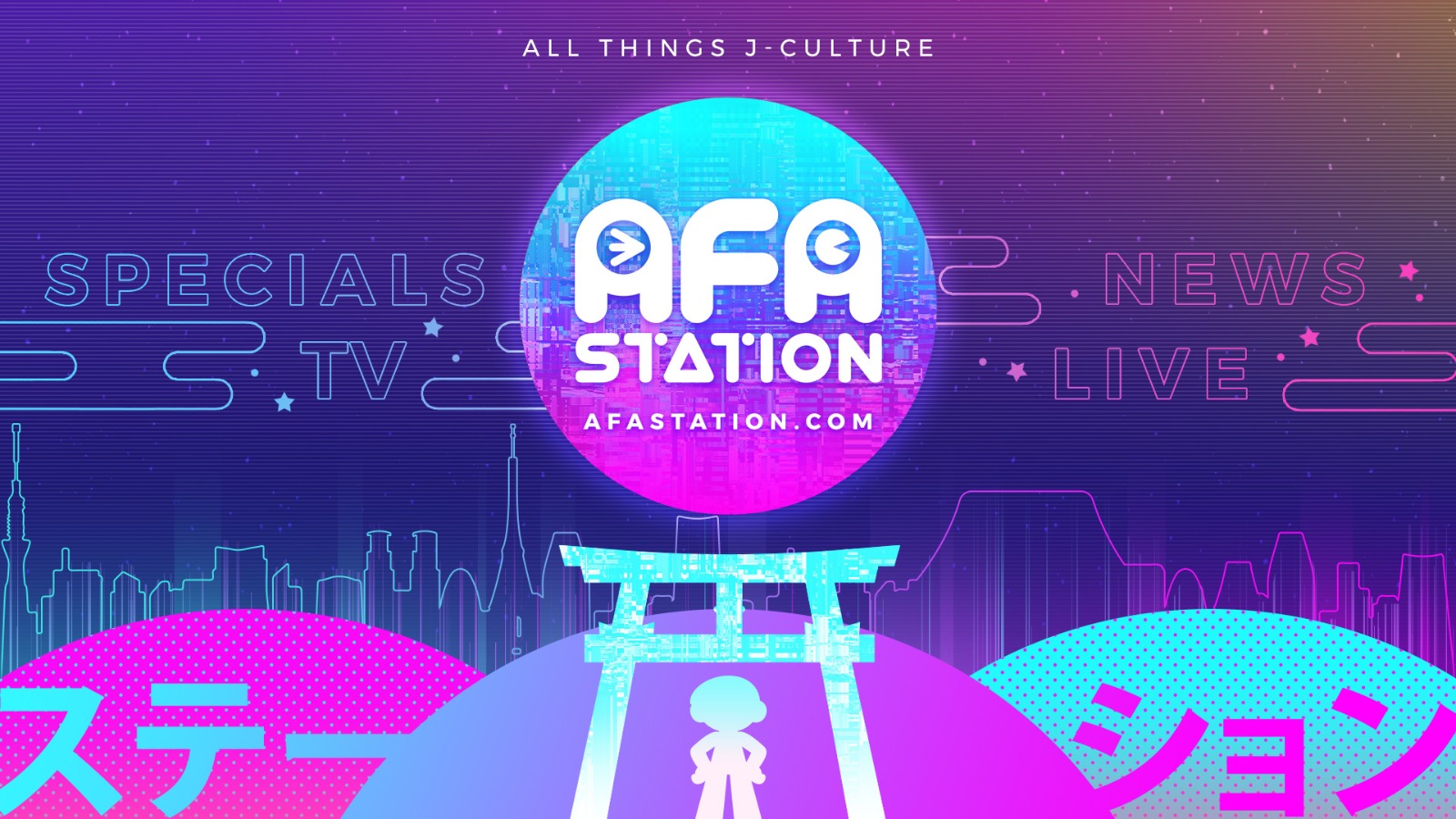 AFA (Anime Festival Asia) is the #1 J-Culture festival in the region; over the previous decade, AFA has amassed a large community of J-Culture lovers spread out across South East Asia! AFA is launching its namesake AFA Station – J-Culture Entertainment Portal this 06 March 2021 on YouTube and AFASTATION.COM, to bring together J-Culture lovers in the region once again!

AFA Station – J-Culture Entertainment Portal will be highlighted by a monthly magazine show supported by an entertainment news site and an online marketplace. AFA Station is essentially like the past online events by AFA, but instead of only doing one big event every few months, it will be delivered every first week of the month to fans all over the region! 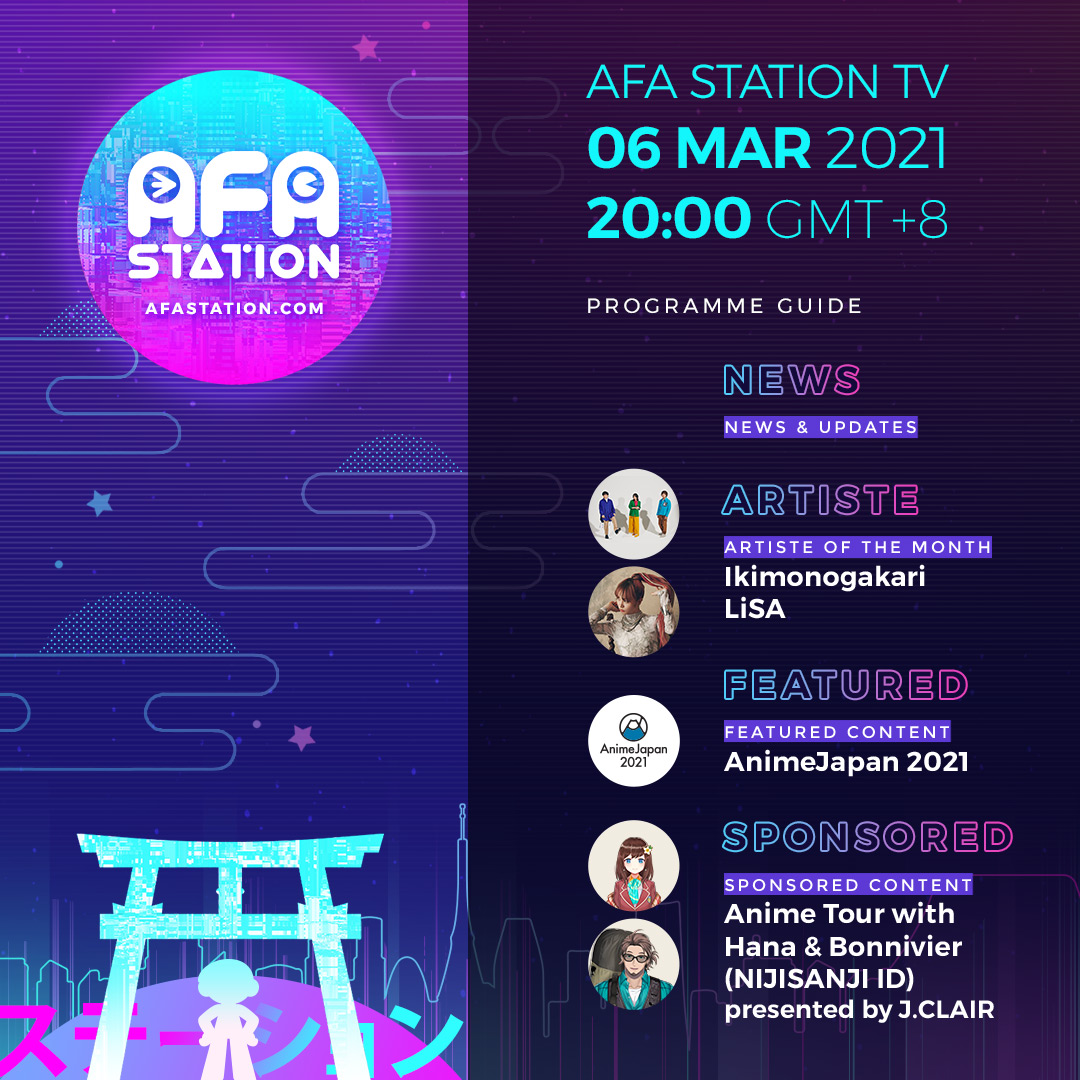 Fans should not miss the monthly magazine show which will be aired during the first Saturday of the month to catch the biggest and the latest J-culture news, as well as the archived highlight reels to be aired on succeeding Saturdays for the rest of the month

Artiste of the Month: Ikimonogakari 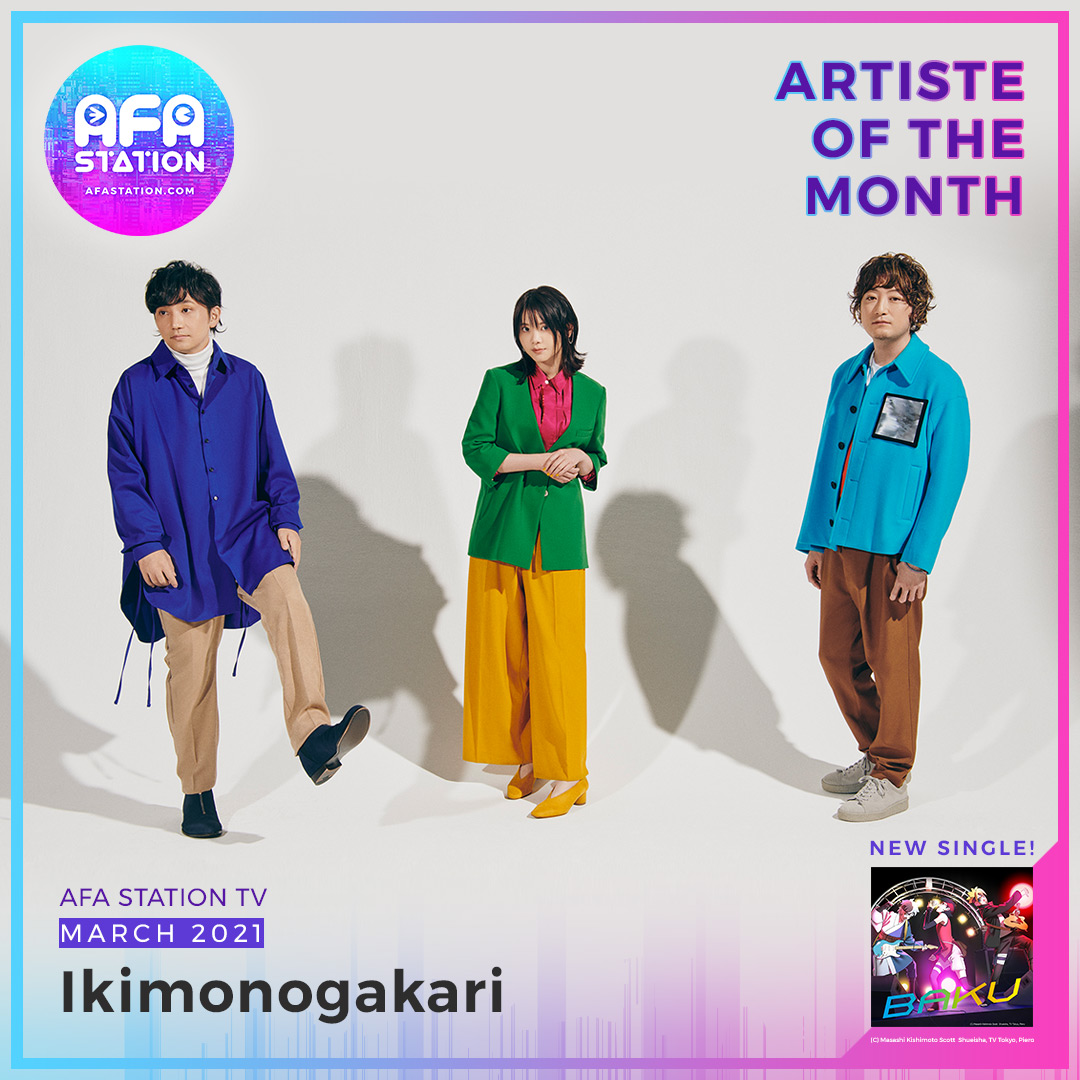 One of the most famous artists in Japan, Ikimonogakari, has just released their 33rd single “BAKU”! In addition to the title track “BAKU” — which has been used as the opening theme song for the anime “BORUTO: NARUTO NEXT GENERATIONS” since January 2021, this release will also feature “Blue Bird” and “Hotaru no Hikari” — which were used as the opening theme song for the global phenomenon “NARUTO SHIPPUDEN” in 2008 and 2009 respectively. Last but not least, it includes the first remix of an Ikimonogakari song by world-renowned DJ/Producer Slushii.

Artiste of the Month: LiSA 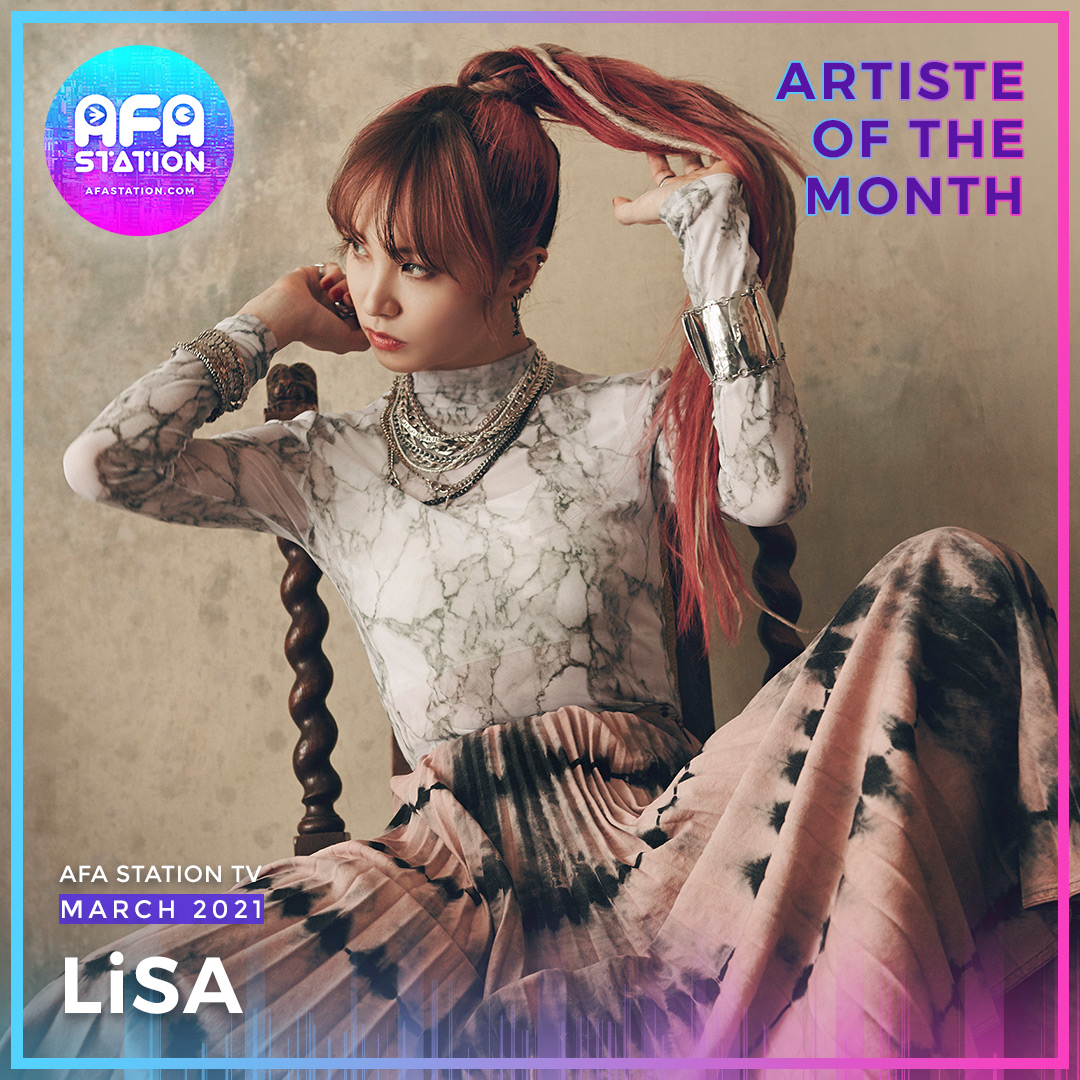 Dubbed as J-Pop’s “rock heroine,” LiSA is a singer from Gifu, Japan who is breaking down genre and language barriers with her powerful live performances and catchy melodies. Having gained both domestic and global prominence through a string of hit anime theme songs for fan-favorite anime titles such as “Fate/Zero,” the “Sword Art Online” series, “Demon Slayer: Kimetsu no Yaiba,” etc., she also proved to be a hit on the live circuit, drawing in fans from all genres thanks to her voice and stage persona. As the only singer of her kind to headline both anime and rock festivals, she constantly tops the charts and sells out arena venues in Japan, and has also performed in numerous countries around the world, including two solo tours in Asia 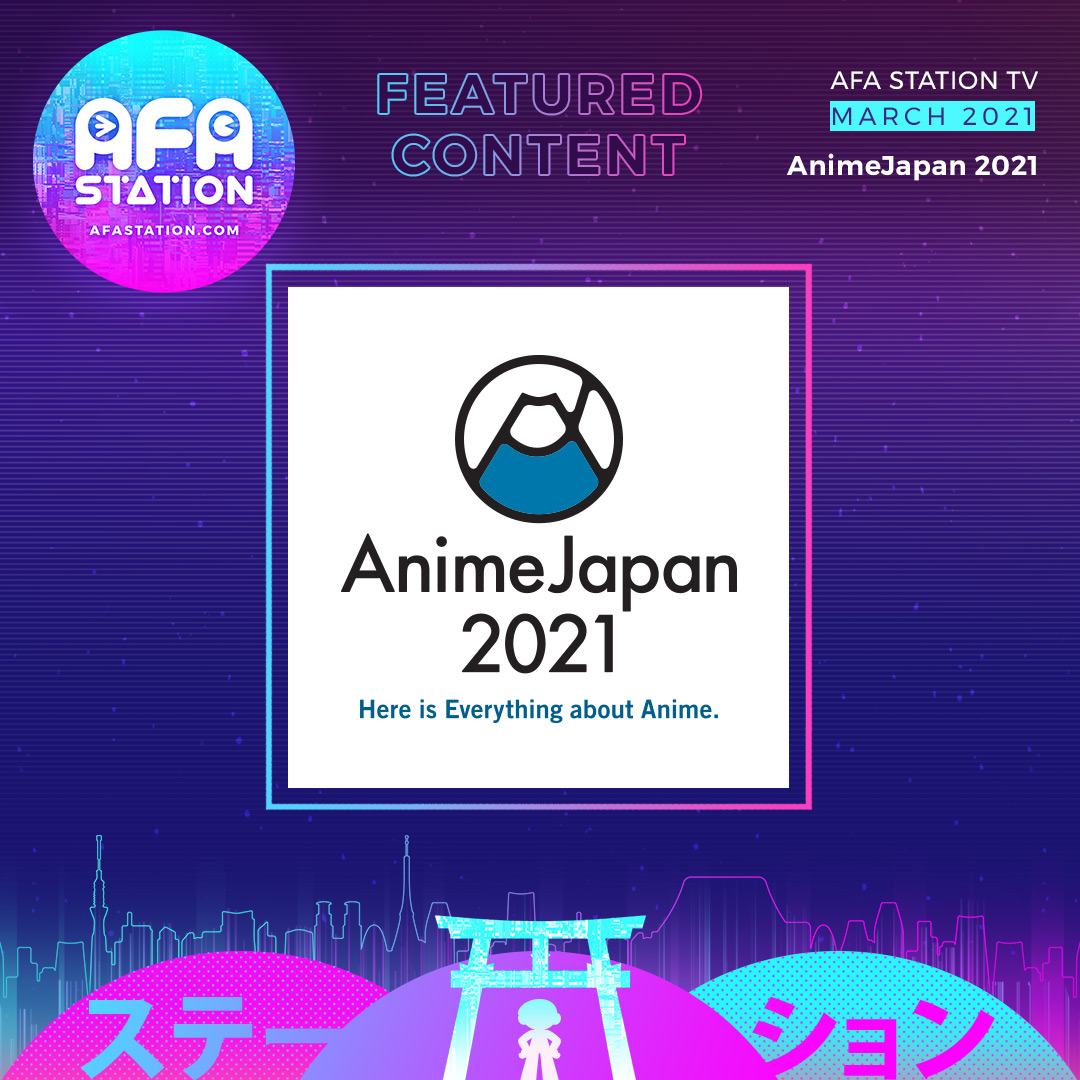 AnimeJapan 2021 is one of the world’s biggest anime events and will be held online on 27th and 28th March 2021 (Saturday & Sunday). Over 45 programs will be streaming from AJ Stages & AJ Studio directly to fans! AnimeJapan 2021 will also stream in seven countries and regions: US, Korea, Thailand, Singapore, Taiwan, Hong Kong, and Macau, and for the first time will be available not only in Japan but also overseas! 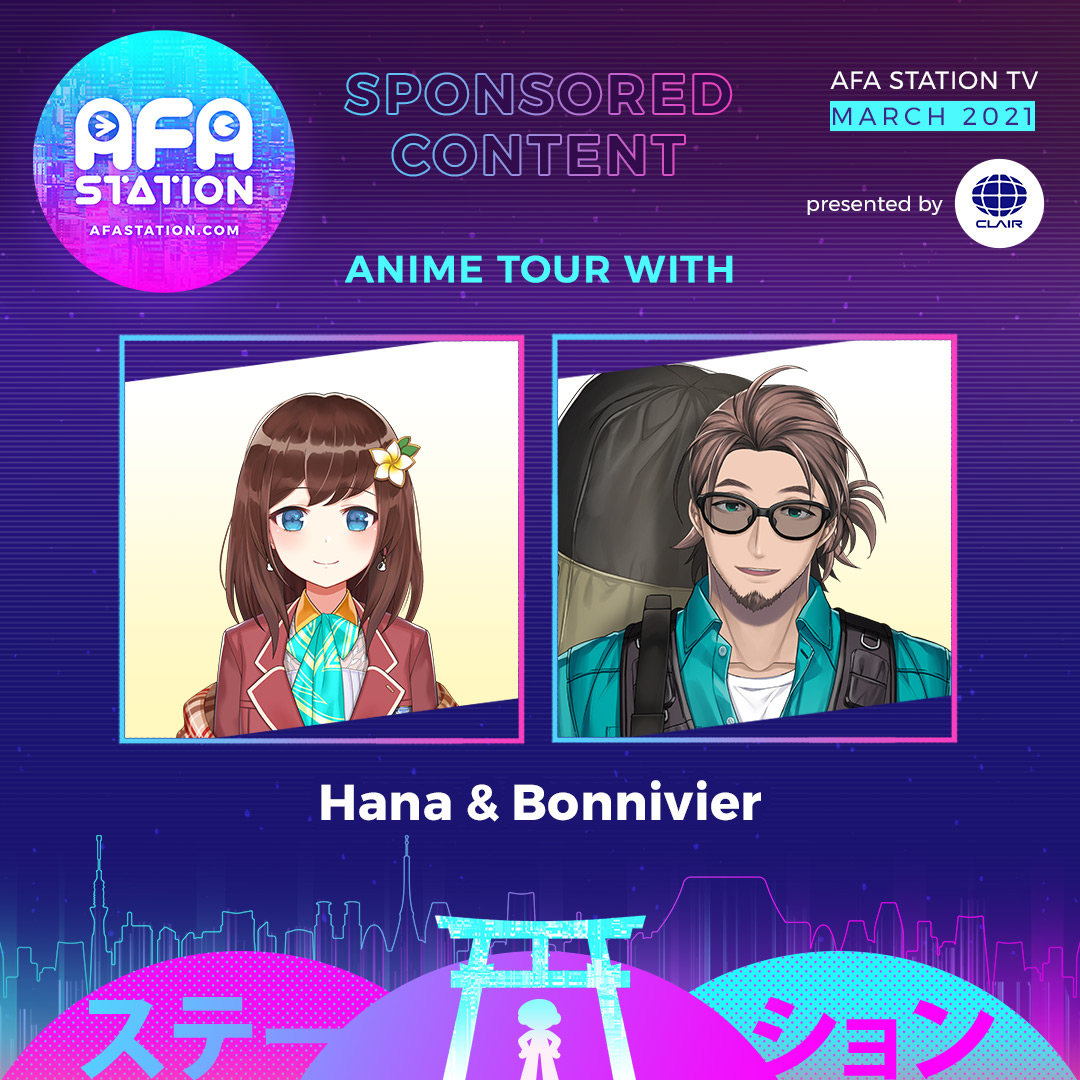 J.CLAIR, The Japan Council of Local Authorities for International Relations, presents Anime Tour with Hana & Bonnivier (NIJISANJI ID), exclusively at AFA Station TV 032021! To inspire your post-covid-19 Japan travel plans, take a digital sightseeing tour with the duo, and add these scenic spots from your favorite anime to your bucket-list – you might even be able to “follow” the paths taken by some of the characters, now that is something to look forward to! 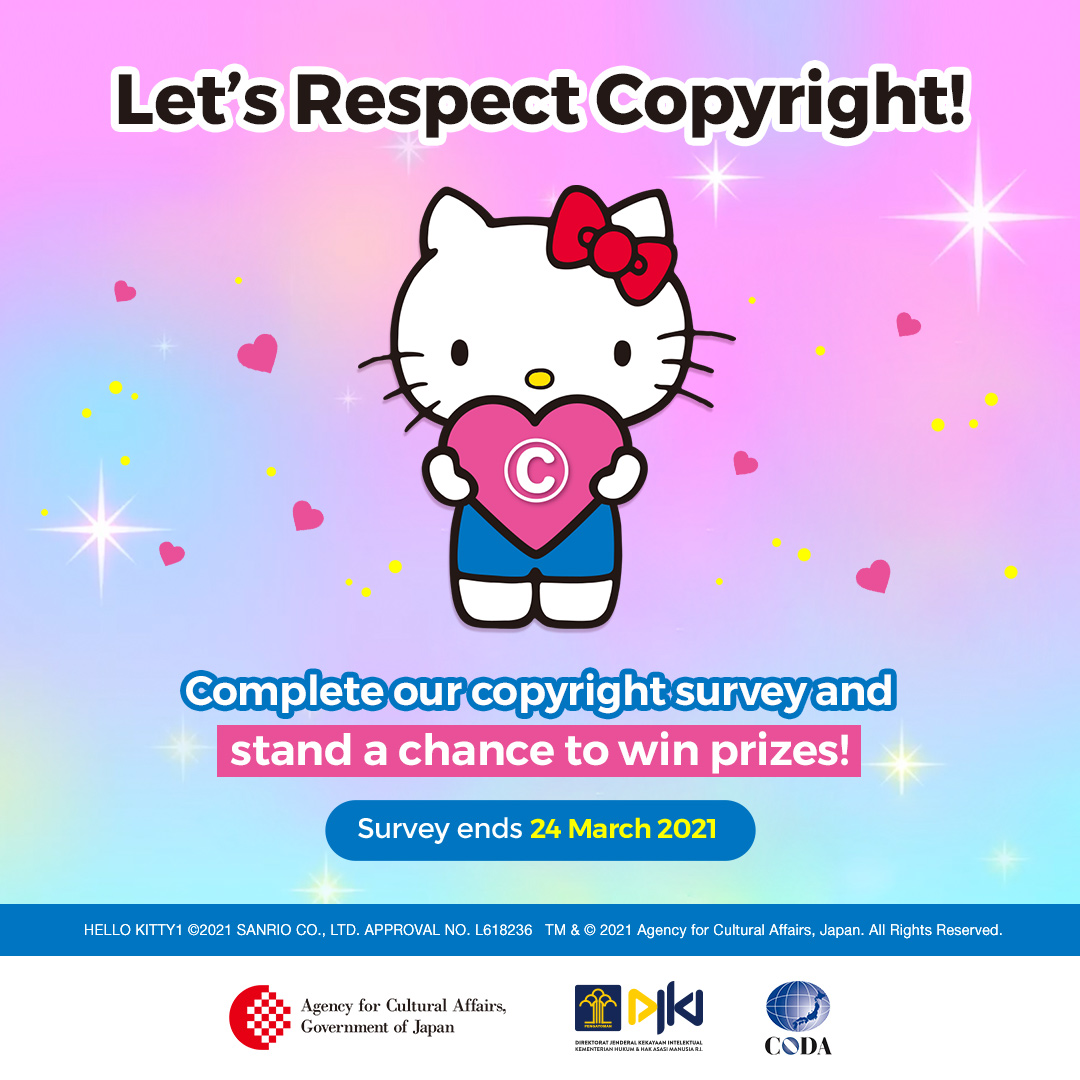 Hello Kitty is here to help her friends from all over the world learn more about Copyright! Plus, her friends in Indonesia stand the chance to win special prizes by filling out a survey. More details will be shared on AFA Station!

For companies and businesses interested in joining AFA Station – J-Culture Entertainment Portal and other upcoming initiatives planned by SOZO, please email us at bizdev@sozo.sg. 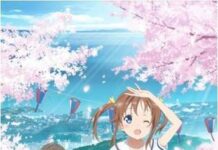