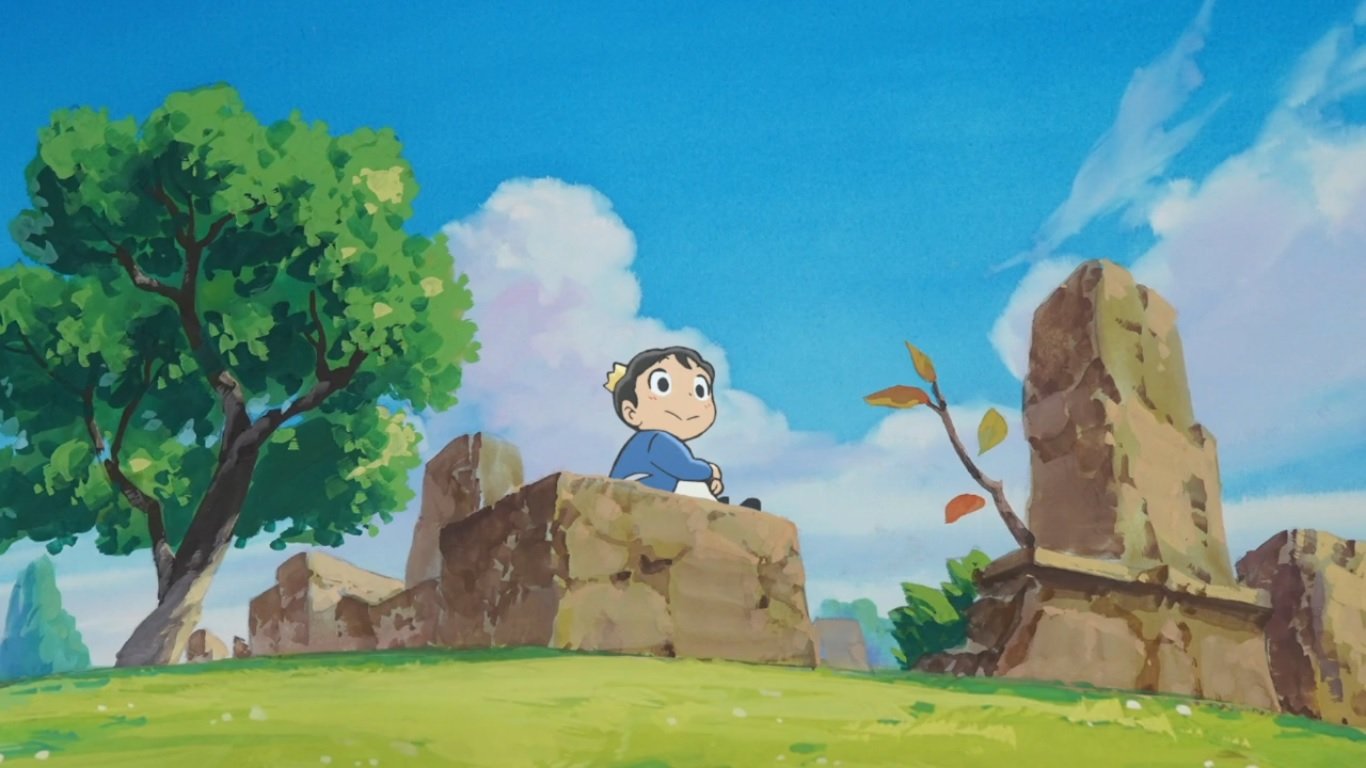 Bojji is the firstborn prince of Bo Kingdom, and as the firstborn prince, he is expected to be the next king. But people are cynical about the idea because Bojji is neither able to talk nor hear, and even his physique is seen as inferior to his little brother, Daida. During a walk one day, he encountered Kage (in Japanese, the name means Shadow), the sole survivor of an assassin clan that has been wiped out before and somehow understands what Bojji is saying.

The first episode of Ranking of Kings shows the three sides of Bojji. The first is Bojji’s foolish side and image, as shown when Bojji ask to bring Kage clothes and the way people look at him. The second is his vulnerable side, that he actually knows about people discriminating against him. And last is the unexpected side of Bojji that actually cannot be taken lightly. By seeing different sides of Bojji, Kage understands that no one has actually tried to connect with Bojji.

I was a struck upon seeing the different proportions of each character, especially between Bojji and the King, but it’s not really concerning since it’s a fantasy. My impression about it was how “small” Bojji is in their world with no one trying to hear the voiceless Bojji. Somehow, seeing different sides of Bojji and the other characters makes it necessary to “zoom in” on Bojji so he can have a similar figure to the other characters.

Watching Ranking of Kings kind of feels tragic yet fascinating at the same time. It’s interesting to uncover each relationship between Bojji and another character, and also to see what will come into Bojji and Kage’s friendship from now on.