In the middle of Ying Tze’s activity as an International Guest at ComicFest ID on May 29, 2016, KAORI team had a chance to have an interview with her about the Grand Legend Ramayana show that had been featured in the event on the previous day (May 28), and also discuss a little about Indonesian comics. Here is the interview with Ying Tze: 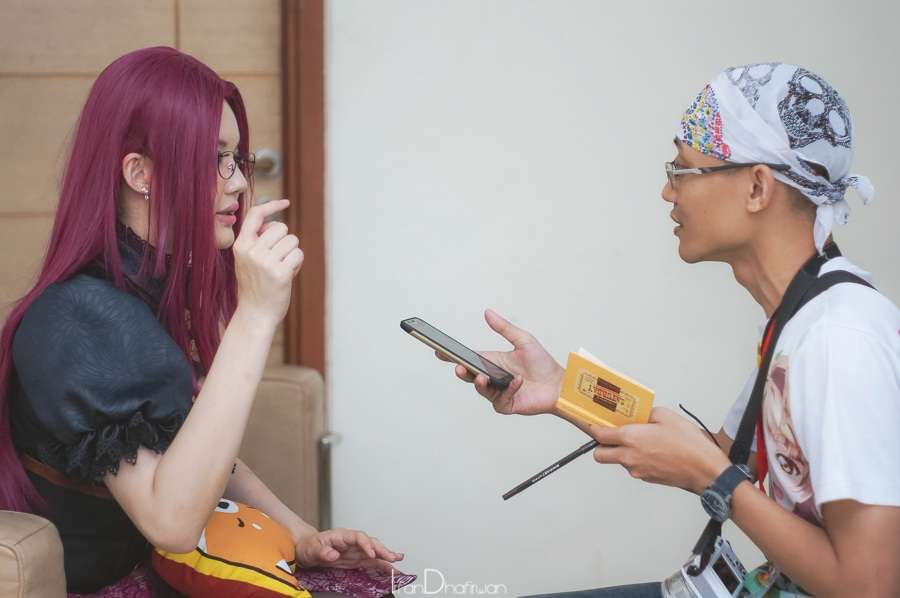 Yesterday, you were performing on the Grand Legend Ramayana Live Show, have you ever known the story of Ramayana?

I know about Ramayana, a legendary story I suppose. Pinky Lu Xun told me about it.

Do you know that Ramayana is a tale from India?

I didn’t know that, but I’ve been told about the origins of the story by Pinky Lu Xun. Pinky also told me that Mandodari is the mother of Shinta.

Are you proud to be a part of the Grand Legend Ramayana show?

Becoming a part of a live action show? Yes of course! When I was invited to be a guest in ComicFest ID and invited to perform, I said yes. This is my first time performing here. I think this will be a good chance to learn from Indonesian cosplayers. Because in my opinion Indonesian cosplayers were so good at making customes and also good in their performance. In this live action show, we have choreographers like Bowo and Erlan who arranged the choreography of each scene and I learned a lot from them in these two days.

I arrived at Jakarta on Wednesday to practice the choreography for the show with Liui too. I learned a lot about time management and team work. And so, I’m very happy to be a part of Grand Legend Ramayana show. I hope that in the future I can perform longer and with more action, hahahaha. Actually I want to be Vibishan. I like playing the bad guys.

So, taking the role as Shinta doesn’t fit you?

Oh, not exactly. Because I’m tall, I was the second tallest in the live show team after Erlan who played Rahvan. So just imagine a tall Shinta saying “Rama help me.” It maybe sounds kinda weird, and even I thought that I’m the one who should have saved Rama. Hahahaha. 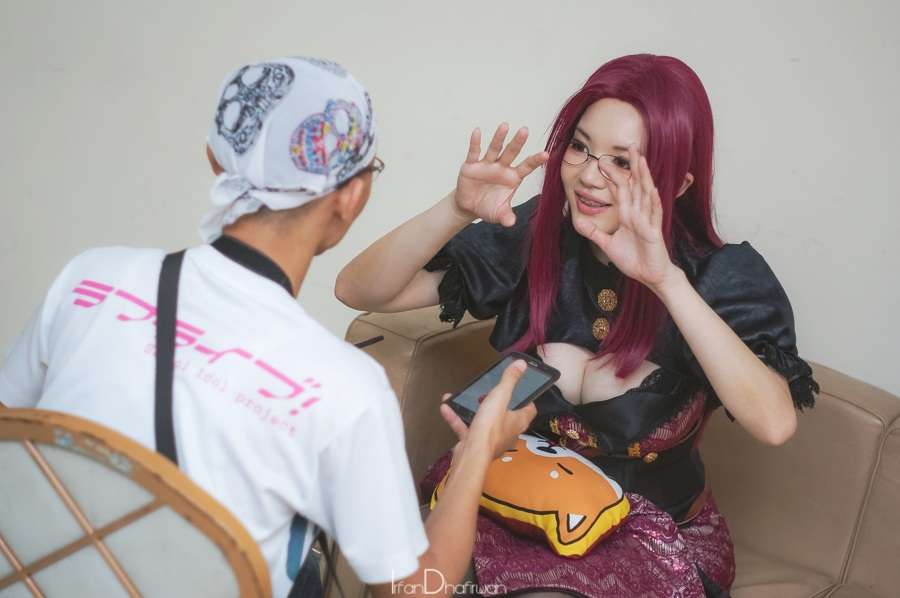 So, what do you think about Indonesian local comic?

I’ve read re:ON comics back on Wednesday when I arrive here. It’s like seeing Malaysian comic, because in Malaysia, we also have monthly comic magazine with a chapter of comic from each title per month made by local comic artists. When I was little, I like to collect those.

How is the local comics scene in Malaysia, is it like Indonesian local comic?

Almost the same. There are many genres like romance, action, horror, and comedy. Because I can read Malay so I can read and understand Indonesian comic too. When I was invited by re:ON for this show, they sent me a few copies of the books that helped me understand the story of Grand Legend Ramayana and about Shinta’s character.

When you were little, how’s the representation of the artstyle from Malaysian local comic artists?

As I recall, there were some comic artists who drew in manga style, like one or two comics, and other artists took the realistic style of drawing in their comic.

Is there a comic about Wayang in Malaysia?

Maybe there is one that have a story about Wayang, but I’ve never seen one of it. 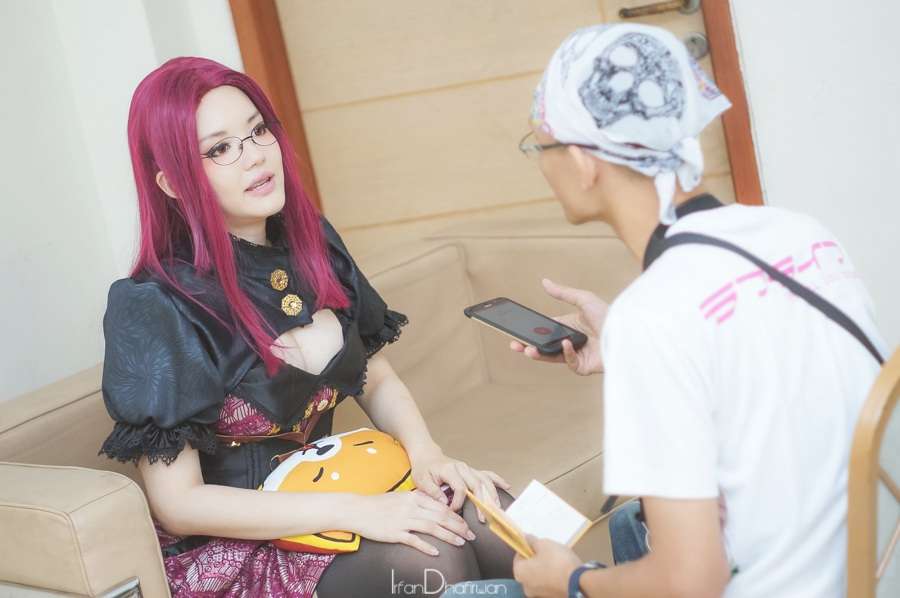 Do you ever dreamed of becoming a comic artist?

I used to. I had a Deviantart account and all my works have been uploaded there, and I was drawing comics back then. When I was little I watched anime and read comics, and so I was like wanted to draw a character along with the story. But back then, my drawing was not good, especially when it comes to body proportion. Back then, I can drew the head well enough, but the body proportion is not good. And when I’m 16, I stopped drawing because of national exams. I’d like to go to an illustration major at college, but I wasn’t allowed to do so.

Are these merchandises will be on sale at Malaysia?

Yes, these merchandises will be on sale on event at Malaysia. Malaysia had many events like ComicFest ID, and I often come to events like this, buying posters and queuing to get signature from the comic artist. But now, events like this are no longer as frequent as before. So when re:ON invited me to come, I’m very happy because the event is really about comics. This event is so good because it has it’s own hashtag #MajuTerusKomikIndonesia.