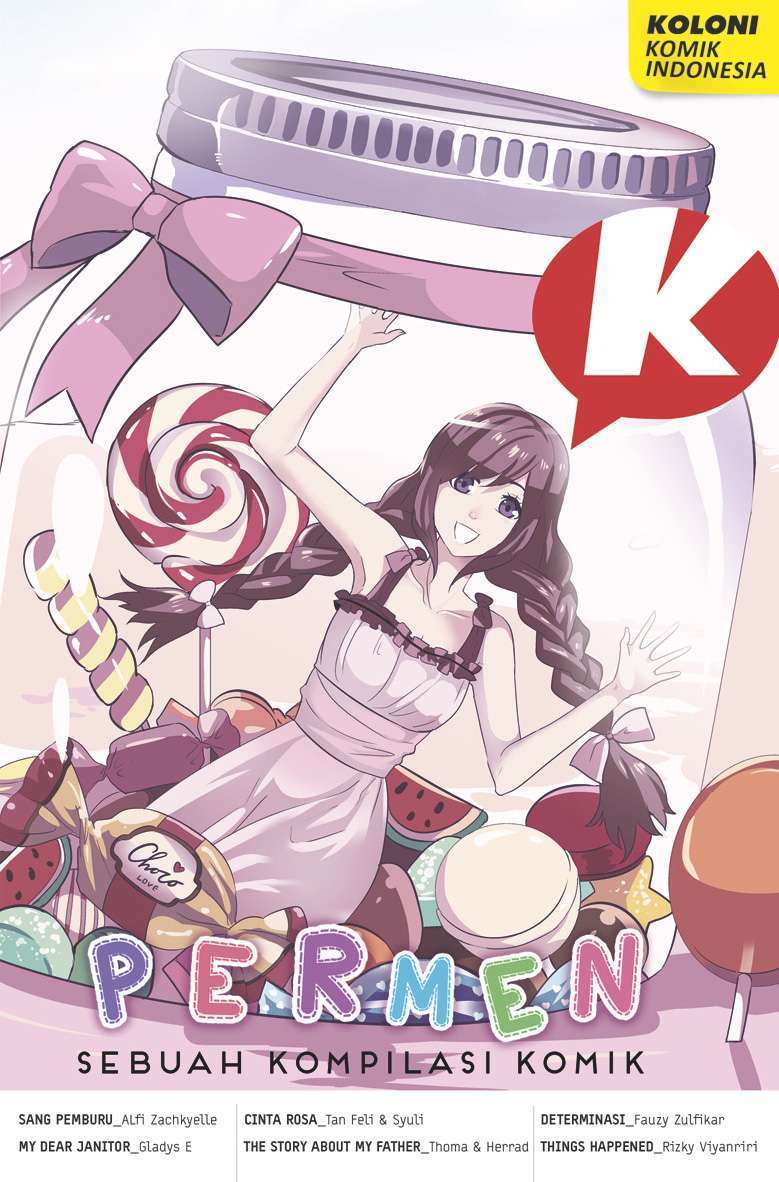 Indonesian publisher m&c! under its KOLONI label will be releasing a new comics anthology featuring the works of Indonesian comic artists. Named Permen (Candy), the anthology has been revealed to feature six one shot romance comics from six different authors.

The following are the titles of the comics that will be featured in Permen anthology and their authors:

A description for the anthology has also been released:

“Candy.
What is the taste of candy in your mind?
Sweet, hot, sour, or salty?
Everyone may have different answers.

And so does with love.
Everyone has a different taste of love.
In this anthology the six comic artists convey
their own tastes when it comes to love.”

m&c is an Indonesian publisher under the Kompas-Gramedia Group that publishes comics from various countries. The KOLONI label is the publisher’s label for comics made by Indonesian comic artists.