This review may contain some spoilers

The year 2017 is shaping up to continue offering a broader variety of Japanese films to Indonesian viewers. One of the films that has been made available on Indonesian cinemas this year is A Silent Voice, an adaptation of Yoshitoki Oima’s acclaimed manga by the same name. Directed by Naoko Yamada (K-On!, Tamako Market), with scenario by Reiko Yoshida (K-On!, Tamako Market), and Futoshi Nishiya (Hyouka) as character designer, the film marks the first feature film by Kyoto Animation to receive wide release in Indonesia. Previously, the film Tamako Love Story from the same studio and director was only shown at a film festival in a select theatre in Jakarta.

A Silent Voice revolves around a boy named Shoya Ishida, who used to bully a deaf girl named Shouko Nishimiya while they were classmates in elementary school. Shoya himself was later bullied and ostracized for bullying Shouko. Now in high school, Shoya wishes to meet again with Shouko and make amends of the past. His efforts would then involve other old friends from elementary school, as well as some new friends.

The choice of Naoko Yamada and Kyoto Animation to work on the adaptation is not without good reasons. Yamada is well known for her fondness of conveying character thoughts and emotions through leg shots. She has cultivated the skill to convey subtle characterisation through gestures and body language. And with non-verbal communication being a crucial element in A Silent Voice, such skill becomes valuable in its adaptation.

The most overt form of non-verbal communication in A Silent Voice is sign language using hands. But the film doesn’t just focus on the hand signs. The amount of leg shots in the film are numerous too. And overall, the characters’ postures and body language in the film are treated with much care to convey their feelings of weakness, awkwardness, self-doubt, emptiness, and many more. Even when those feelings are not said out loud by the characters, they can be seen and felt throughout the film.

But it isn’t just the delicate handling of gestures that the film brought into play. As with Yamada’s previous works, A Silent Voice also demonstrates tactful uses of framing and depth-of-field to regulate the flow of information to viewers, and thus, the viewers’ sense of perception too. One notable use oft them in the film is to convey Shoya’s isolation from the people around him. The framing of the camera may exclude the eyes or faces of people he interacted with, people in the background may be shown blurred, combined with the visual cue of cross marks over people’s faces that was borrowed from the manga, All these allow viewers to perceive Shoya’s emotional distance from people as he experience it. Yamada claimed that she loves depicting cute girls, but she has demonstrated that she’s capable in depicting delicate boys too, as evidenced with the lovestruck Mochizou in Tamako Love Story. In A Silent Voice, she managed to take it further with the depiction of the damaged and fragile Shoya.

The film is also tactful in regulating the flow of information to viewers through the structure of the story. The film does not begin in chronological order, instead presenting flash forwards that only make sense after background information from past events have been unfolded afterwards. And even when the story has begun to be presented chronologically, the characters may be shown making actions which significance or motives may only be made clearer at later points in the film.

And thus, it is necessary to read through the story and the characters carefully, to read more than just what were said or made apparent at first. Everyone in the story has their respective flaws and tragedy, so it is advisable to avoid going into simple and straightforward judgements on them. One could consider, for example, how treating Shouko like a pure being that needs to be protected all the time might be fatally disempowering, as it made her feel that her existence as a disabled person is a burden to everyone who knows her. On the other hand, one could also examine how Ueno’s attitude highlighted the issue of imposing one’s own value judgements in understanding the behaviour and motives of others.

That is not to say that Shouko deserves the troubles she experienced, nor to justify Ueno’s troubling actions. But there needs to be thoughtful, more comprehensive readings of the characters and their interplays​ with each other. That would be better to help us reflect as viewers, as we ourselves may be prone to similar flaws and mistakes as those characters are, including the characters that we don’t like.

All the calculated crafts in conveying the characters and the story make A Silent Voice comes off as a complex and nuanced film. And it might be important to be so considering that it involves sensitive topics such as bullying, treatment of disabled persons, and suicide. The film doesn’t offer easy judgment on these issues, but it allows us to think more carefully and challenge our understanding about these topics. Think of how in Shouko’s suicide attempt, she decided to climb up after Shoya managed to grab her hand after. What could be the points for further discussion is not only why certain characters considered or attempted suicide, but also why in the end they chose to live on.

In this adaptation, Yamada and her crew managed to craft a more or less complete film that could stand on its own, even though some characters like Mashiba could have been given more screen time and explored further. But otherwise, the intricate crafts that goes into the film makes A Silent Voice a beautifully complex and challenging film to the mind and emotions (this article haven’t even covered the use of flower shots which seems to illustrate certain situations through flower language). It invites viewers to tread into difficult and unsettling questions that do not lend themselves to easy and straightforward answers. It leaves a lot to think after leaving the theatres, and personally, also made me eager to see even more works from Yamada. 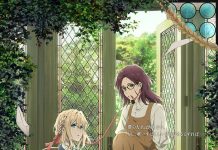 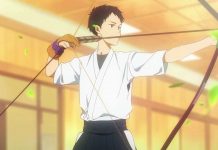 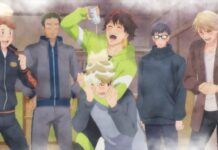