Rajawali Televisi (RTV), an Indonesian private television channel, will broadcast one of Saint Seiya anime series, Saint Seiya Omega. This anime will debut on RTV on 22 May 2017, and will be aired regularly from Monday to Friday at 1800, West Indonesia Time.

Adapted from a comic with the same name by Masami Kurumada, Saint Seiya tells the story of five mythical knights titled Saint who fought with the protection of a steel armor named Cloths inspired by astrological signs and constellations. These Saints fought to protect the Godess of Wisdom, Athena, from the threats of other Greek Gods who wanted to conquer the world.

The comic has been adapted into anime that had been aired in Indonesia by television channels RCTI, Indosiar, and Space Toon. A prequel anime titled Lost Canvas, had also been aired at Indosiar. There is also a 3D anime film titled Saint Seiya: Legend of Sanctuary, which had also been shown in Indonesia. The series is planned to receive Hollywood adaptation too.

Saint Seiya Omega takes place around 25 years after the original Saint Seiya series. This series follows a new generation of Saint, one of them named Koga, who will start his adventure in protecting Athena. The anime was aired in Japan from 2012 to 2014, and also received a comic adaptation by Bau.

RTV can be seen in Indonesia through the following frequencies, or through cable TV network USeeTV. 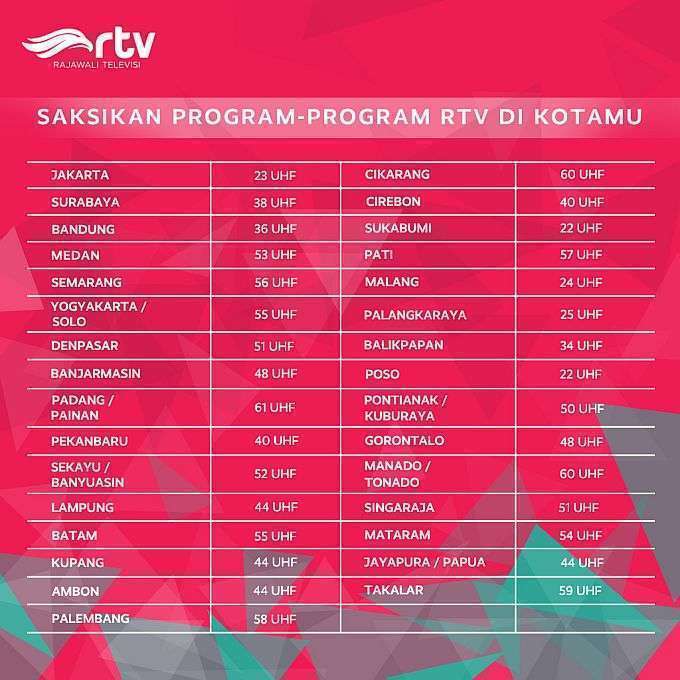