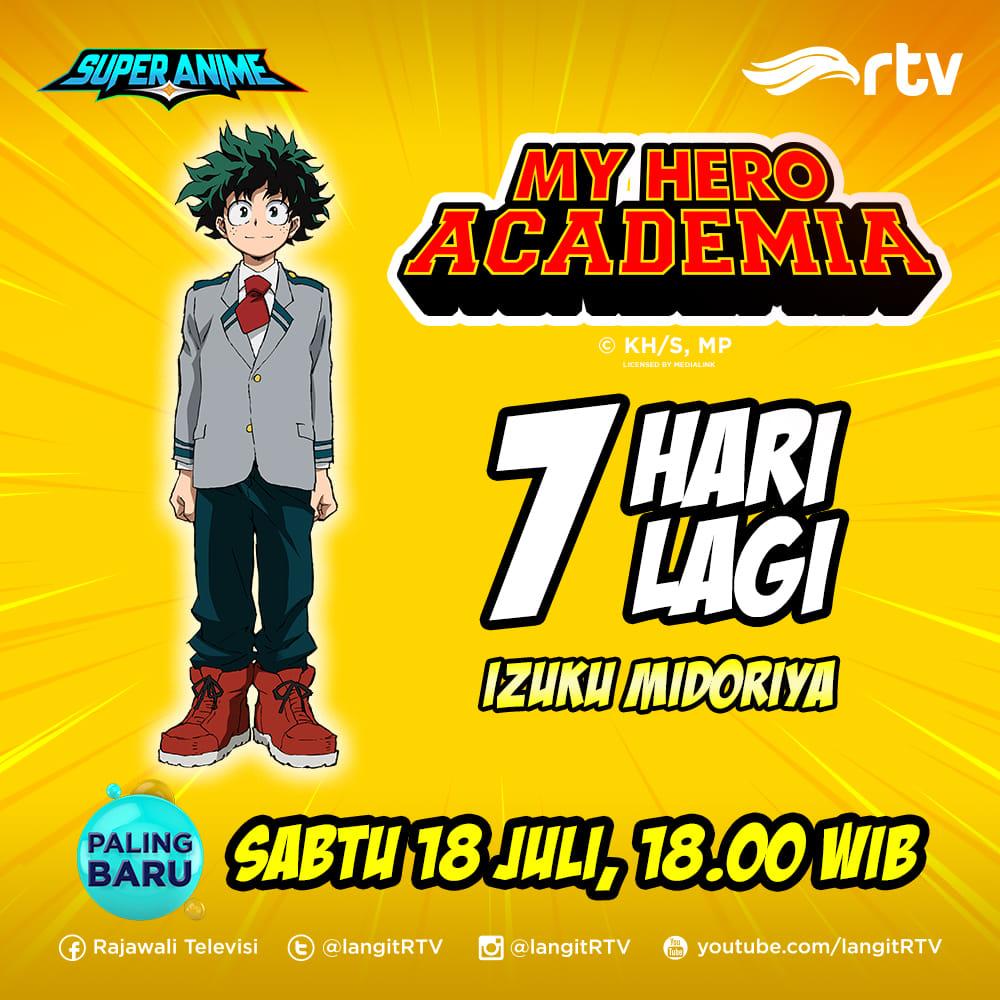 As previously reported, Indonesian TV Station Rajawali Televisi (RTV) will air My Hero Academia anime series in Indonesia. On Saturday (11/07), the broadcaster has confirmed that the anime series will start airing on July 18 at 6.00 PM West Indonesia Time.