Izuku Midoriya is just a normal boy, in a world where superpowers are mundane. But even so, Midoriya, nicknamed Deku, still clings to his dream to be the number one Hero. One day, impressed with the action of the boy, his idol, the number one Hero All Might, decided to relinquish his power to Deku. From there, Deku’s journey to become the number one Hero began. After overcoming against many hurdles, Deku and his friends from Class A UA Academy will face against a bigger adversary than they ever face before.

Continuing from the very exciting and entertaining second season, My Hero Academia returns with a third season. This time, continuing with the Summer Camp arc.

But, this season begins with none other than a filler episode. Perhaps for some people, this was a big disappointment, considering just how important the arc will be for the series. However, if we consider just how serious the tone of the series will get, this very light first episode might might be just one of the few comic relief that we will get. Perhaps, that’s the reason the returning staff came to when they reach this decision.

And even so, though it might feel as just a filler episode, there is no decline in the quality of the work when compared to the previous season. The pacing, animation, and the music still feels the same. And if we talk about the music, we can’t go far away from the opening and ending theme for this season.

As if reflecting on the development of the series that grows more serious, UVERworld had the “ODD FUTURE” as the opening theme, that if compared to the previous ones, feels darker and edgier, especially with the animation that foreshadows the things that will happen in this season. Meanwhile, miwa with “Update” as the ending theme gives a soothing and healing feeling with the very soft song. With montages of animation sketches and the characters, it shows just how unique the characters are, and how attached you are to them.

Overall, this third season could be one of the must watched anime this season, especially if you are a fan of shonen anime. But even if you are not, this anime is still worth to try. Myself personally is still hoping for them to make another live-action cover of the opening. 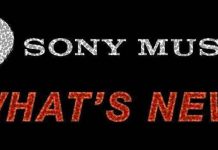