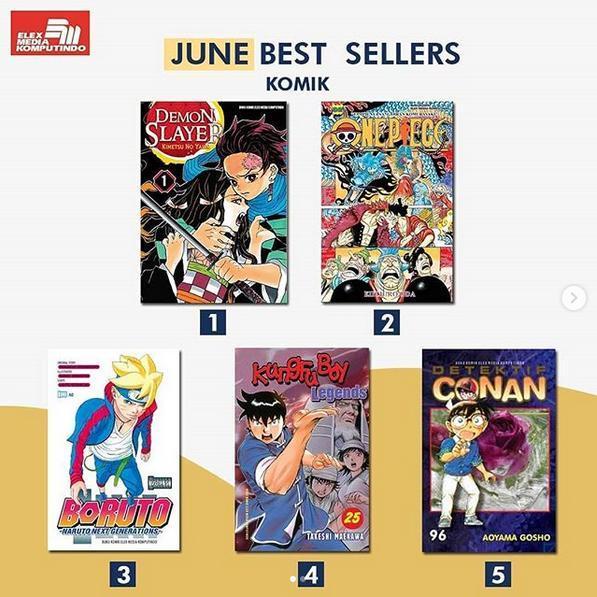 Indonesian comic book publisher Elex Media Komputindo has published a list of its best-selling books in June 2020 on their Instagram account. In the comic book category, the first place is taken by the first volume of the manga Demon Slayer: Kimetsu no Yaiba, which has been released since May 6, 2020. The other comic books that takes the top five spots are One Piece volume 92 (released in March 2020), Boruto volume 5 (released in February 2020), Kung Fu Boy Legends (Tekken Chinmi Legends) volume 25 (released in February 2020), and Detective Conan volume 96 (released in September 2019). Demon Slayer and Boruto are printed on book paper, and retail for Rp 40,000 (about US$ 2.77), while One Piece, Kung Fu Boy Legends, and Detective Conan retail for IDR 28,000 (about US$ 1.94).

In addition, because of the high demand for the book, the Twitter account of Elex Media’s editors of comics has also announced that Demon Slayer volume 1 will get a reprint to meet demands.