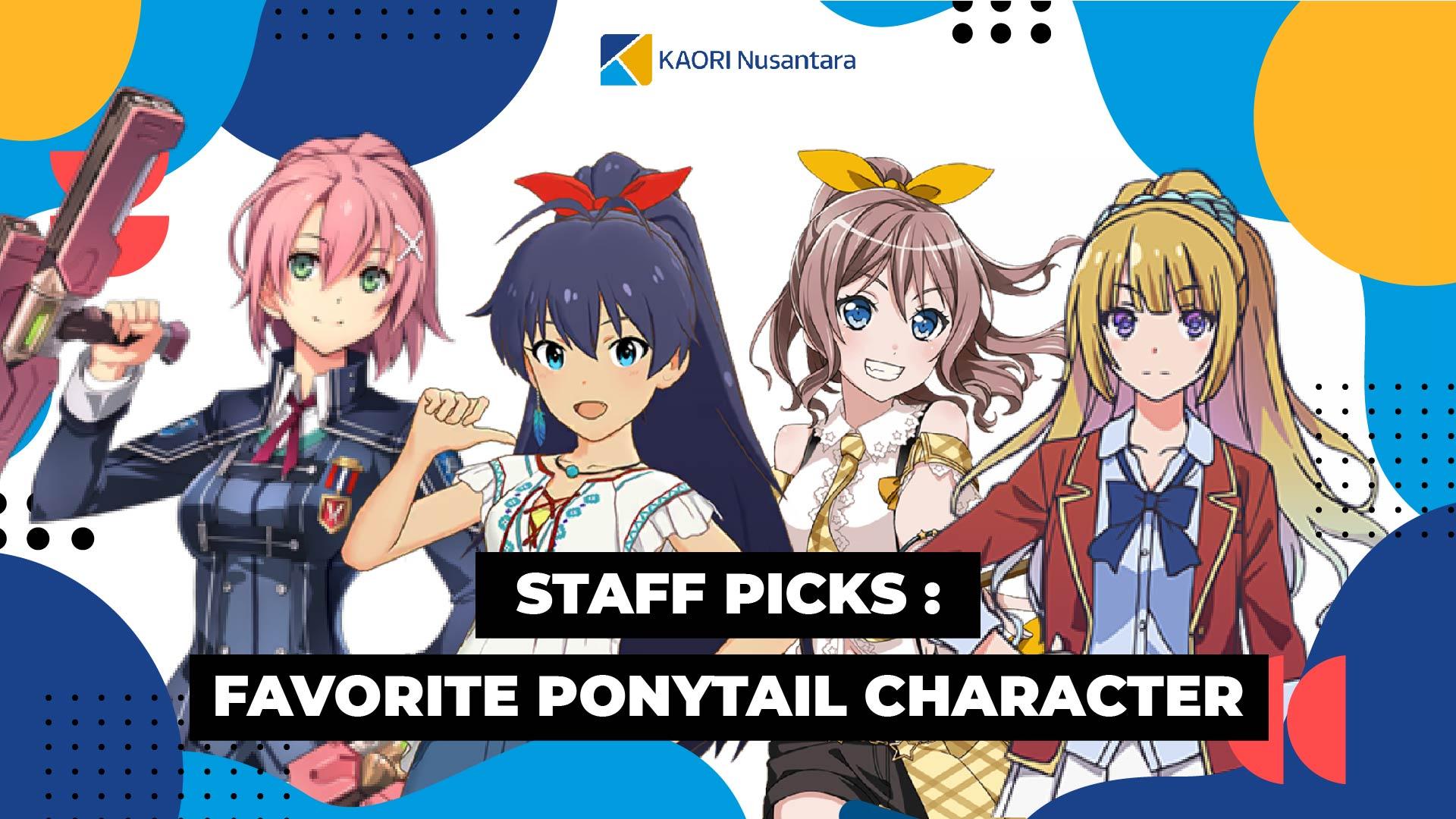 July 7 is the date for Tanabata festival, the time when Orihime (represented by the star Vega) and Hikoboshi (represented by the star Altair), who are separated by Amanogawa (Milky Way), are able to meet once a year. The Japanese Ponytail Association has also marked the date as Ponytail Day, supposedly because Orihime of the legend has such hairstyle, and because ponytail looks good with the yukata often worn for the festival. The Day even got a shout out in one episode of Lucky Star with Konata, Kagami and Tsukasa trying out tying their hair into ponytail. But whatever the reason, it is a good opportunity to honor our favorite ponytail characters, and here are the characters that KAORI’s staff has picked for the occasion.

Introduced in Attack on Titan as a super eccentric genius on the subject of titans, Hange Zoe is a vital and important character for the Attack on Titan‘s story line. Even Erwin entrusted Hange to succeed him as the commander of the Scouting Corps. Aditionally, Hange is voiced by Romi Park, already well-known for her role as Edward Elric in Fullmetal Alchemist, who brings out more of Hange’s gender ambiguity! (Keinda D. Adilia – The Indonesian Anime Times)

She has distinct, thick ponytail that extends long with deep blue color and tied up with catchy bow. (Ferdian Tiraska – KAORI Newsline)

Juna Crawford is an energetic girl who loves playing tennis. The eldest of three siblings, her younger siblings are twin brother and sister. Juna hails from the province of Crossbell, which was previously a small country that has been annexed by Erebonia. Because of that, she despised Erebonia and its people too. But after she met Claire and attended school at the Thors Military Academy Branch in Leeves (specifically in class VII), she overcomes her prejudice towards Erebonia individuals, but still loathes its government. Juna has quite a motherly character, as seen in how she comprehends Kurt’s hurt feelings due to being rejected harshly by Rean from helping him to carry out a special mission for the Erebonia government. She can sympathize with Kurt because she has a younger brother. In the game, her idle animation is fixing her ponytail. (Andira Indrawan – Commercial)

Kei Karuizawa (Classroom of the Elite)

Kei is a character who has caught the attention of Classroom of the Elite‘s readers. While she doesn’t appear much in the anime, her character development in subsequent volumes of the light novels has made the readers in Japan voted her as top light novel heroine in Kono Ranobe ga Sugoi 2020. Cheers! (Kevin Wilyan – KAORI Newsline)

The first samurai character I’ve known since I first knew anime. The design in the Trust & Betrayal OVA is very cool, because even though in this story he is about 14 years younger than in the main series, his face looks mature. (Hamdan Maulana – Social Media)

Perhaps many people choose characters with ponytail hairstyle because it gives the impression of maturity or seriousness. But for me the ponytail hairstyle can also symbolize cuteness as well (especially with the right visuals). Therefore I’ve chosen Korrina who is a gym leader from the Pokémon X&Y series. as a gym leader, she appears mature enough to be treasted respectfully, but that does not mean she gives up on her personal interest. While it’s common for fighting-type gym leaders to use training clothes, Korrina balances her responsibility and interest with a hyperactive design, rollerskating sportswear. The ponytail hairstyle is a cute complement to her energetic character. (Chakra Bhirawa – Social Media)

Lyse Hext is one of the characters with unexpected character development. Starting as a member of the Scions of the Seventh Dawn with childish, humorous and clumsy character, at first I thought Lyse, who was still using the name Yda Hext at the time, was a gag character in this game. But playing until post-Heavensward, an incident finally revealed her true character as someone who dreams of bringing independence to her homeland from the occupation of the kingdom of Garlemald. What I initially thought was just a gag character turned out to be the main character of the Stormblood story in which Lyse and the Warrior of Light led a revolutionary movement to liberate her homeland. Lyse is a hero who fights for the independence of her people, who hides the pain and sorrow of the horrors of imperialism behind her cheerful smile and humor, to kindle the hope that independence can be achieved in the future. (Rafly Nugroho – KAORI Newsline)

She is generally level-headed and easygoing, and is like an “older sister” to the other girls, always willing to help them out in hard times. Because of her kind nature, she has a hard time saying “no” to her friends or their requests (V)

A knightly character whose character design combines tough elements of the armor and weapons with gentle touches like her long pink hair that is neatly tied into a ponytail. An elder sister-like character to Hayate, for whom she resolutely fights for as a beloved family. Also, it’s a really fun design to draw. (Halimun – The Indonesian Anime Times)

Unlike other characters in Joshiraku, who has clear-cut characterizations such as the always grim Kukuru or the fake cutie Kigurumi, Tetora does not have such an easily defined personality. You could say she’s the most “plain” character among the girls, but that doesn’t mean she’s boring. It makes her can act more loosely in various situations, making her feel like someone we could happen to know from anywhere. Also, she has made me think that short ponytail can also be cute too. (Halimun – The Indonesian Anime Times)

The heroine in Yellow Tanabe’s shonen manga Kekkaishi, she is made to be older and more skillfully refined than the main character, Yoshimori. She has a mature and graceful image, but also shows a reckless side when she doesn’t have to watch over the younger Yoshimori. As the artist herself said, her ponytail is one of her appeal points as an “older sister-type” character. Being in a manga with significant amount of action, it’s not hard to find moments when her long ponytail sways beautifully in the action. (Halimun – The Indonesian Anime Times)

Are any of the characters in this list your favourite too? Or is there another character that has charmed you more with their ponytail? 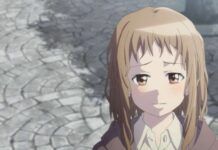