On Saturday (15/7), Odex teased on their official facebook page that animated film No Game, No Life: Zero is set to be released in Indonesia. The post mentions that the film will be screened in four South East Asia countries: Singapore, Malaysia, Vietnam, and Indonesia. Detailed information regarding the release date has yet to be announced.

No Game No Life is adapted from the light novel series written by Yuu Kamiya. It tells the adventures of Sora and Shiro, a pair of gamer siblings known as “Blank” in a world where games decide all aspects of life. The No Game, No Life: Zero film will set six thousands years before Sora and Shiro even come to the alternate world. The film is directed by Atsuko Ishizuka (No Game, No Life TV series, Hanayamata) along with Jukki Hanada (Hibike! Euphonium, Love Live!) as scriptwriter. Satoshi Tasaki is designing the character and the animation is produced in studio Madhouse.

In Indonesia, the No Game, No Life light novel is published by Shining Rose Media. The first volume was released last year along with Vampiress of the Dawn ~Aglaiarden’s Scarlet Lily~ (Akatsuki no Vampiress ~Agureiāden no Hiyuri~) and The Shut-Ins are Mocking My Youthful Days (Hikikomori-tachi ni Ore no Seishun ga Honrou Sareteiru). The second volume has yet to be released. 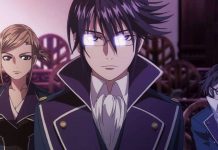 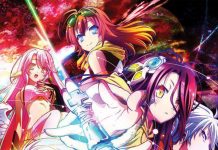