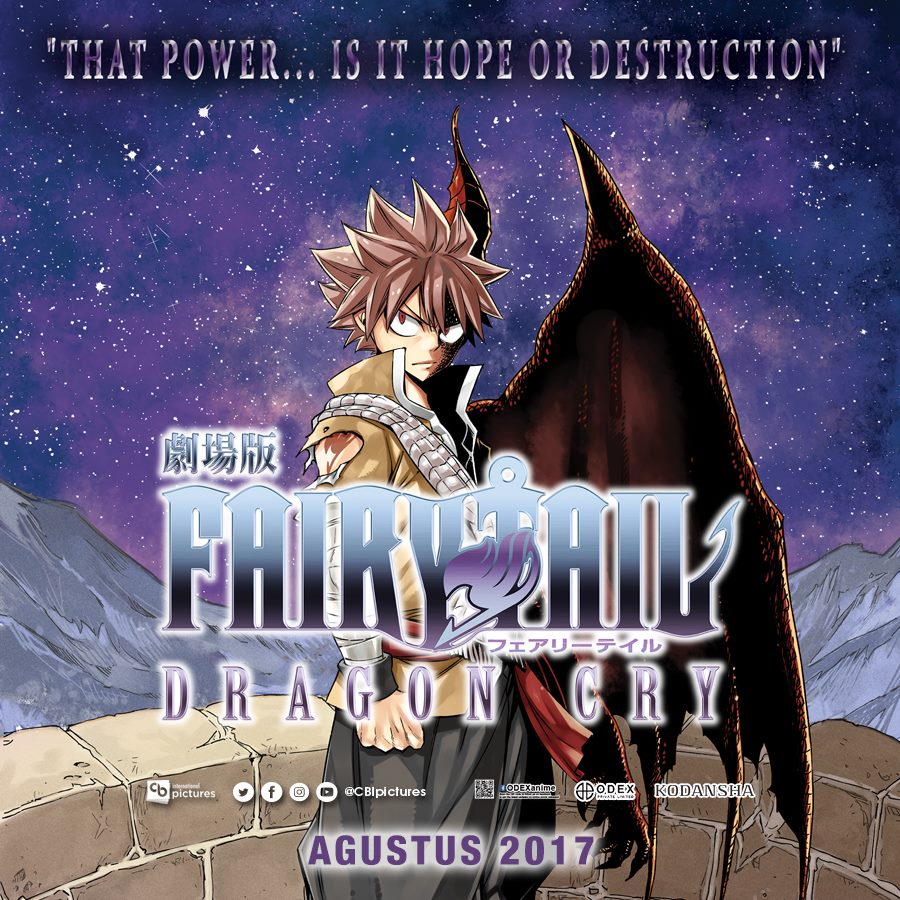 As previously reported, the latest Fairy Tail animated film, titled Fairy Tail: Dragon Cry will be screened in several South East Asian countries, including Indonesia. The film had debuted in Japan on 6 May 2017.

In Indonesia, a fan screening has been conducted on 20 August 2017 at CGV Grand Indonesia, Jakarta. Then, on Monday (28/8), ODEX Private Limited, via its Facebook page, announced that the film’s general release in Indonesia is scheduled to begin on Wednesday, 30 August 2017. The film will be available at cinemas chains such as CGV Cinemas Indonesia, Cinemaxx, and Platinum Cineplex.

Fairy Tail: Dragon Cry is produced by A-1 Pictures and directed by Tatsuma Minamikawa (episode director of Aldnoah.Zero, Attack on Titan, and Haganai NEXT). Shoji Yunemura, the script writer for the anime series, is also writing for this film, while the character designs will be handled by Yuuko Yamada. Meanwhile, the manga creator, Hiro Mashima, ia credited as the executive producer, as well as producing storyboard, character sketches, and key visual for this film.

Fairy Tail is a comic series created by Hiro Mashima that was first published in 2006. It tells the story of Lucy Heartfilia and Natsu Dragneel, magicians from Fairy Tail Magician Guild. The comic series has ended at chapter 545 and it has also been adapted into anime series which in 2018 will be entering its last season.