Indonesian cinemas will welcome another Japanese anime film. As stated on Odex’s official fanpage, this film distributor will bring the Fairy Tail Movie: Dragon Cry to be shown in Indonesia. Further information regarding the premiere date will be announced later. 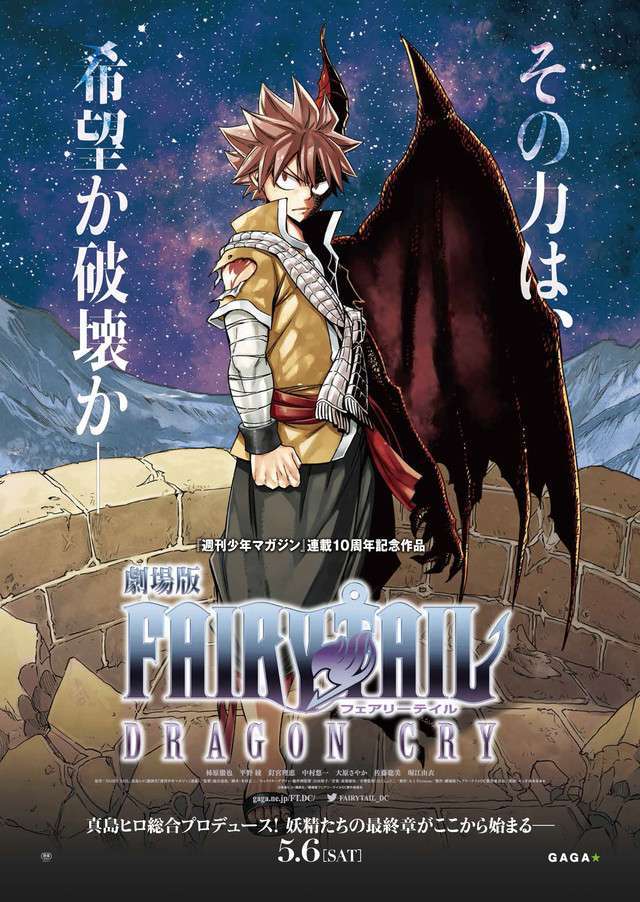 Fairy Tail Movie: Dragon Cry has been scheduled to premiere in Japan on May 6, 2017. This film is produced by A-1 Pictures and directed by Tatsuma Minamikawa (episode director of Aldnoah.Zero, Attack on Titan, and Haganai NEXT). Shoji Yunemura, the script writer for the anime series, is also writing for this film, while the character designs will be handled by Yuuko Yamada. Meanwhile, the manga creator, Hiro Mashima, ia credited as the executive producer, as well as producing storyboard, character sketches, and key visual for this film.

The trailer video for Fairy Tail: Dragon Cry can be seen here:

Fairy Tail is a comic series created by Hiro Mashima that was first published in 2006. It tells the story of Lucy Heartfilia and Natsu Dragneel, magicians from Fairy Tail Magician Guild. The comic series is still continuing until now, and it has also been adapted into anime series.