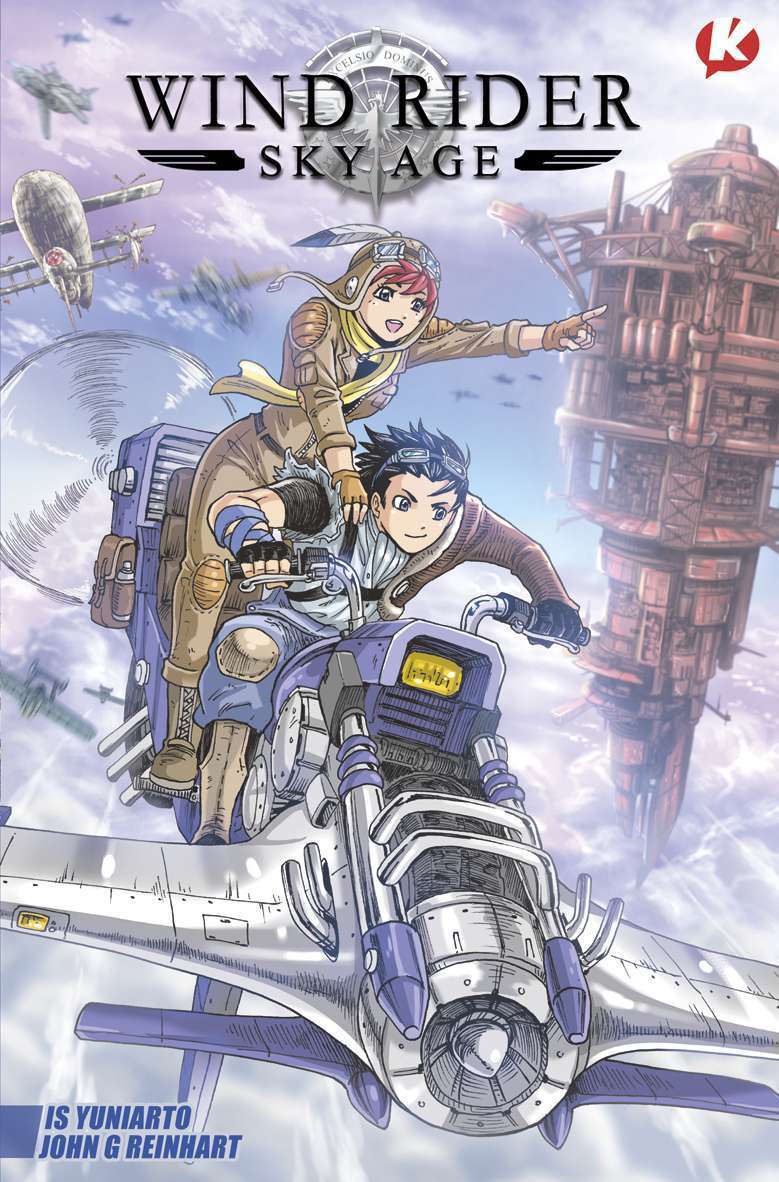 KOLONI, an imprint of publisher m&c!, will re-publish Wind Rider: Sky Age. The comic is secheduled to be republished later in 26 July 2017.

Originally published in 2005 by publisher Elex Media Komputindo, Wind Rider was written by Indonesian comic artist Is Yuniarto in collaboration with John G Reinhart. Wind Rider is a start of Is Yuniarto’s career as a professional comic artist and had previously been re-published by KOLONI in 2010. This wil mark the second time the comic is re-published.

Here is the synopsis of Wind Rider:

“Get ready to enter the sky age and venture through civilization above the clouds. Visiting flying towns, riding the wind, and crossing the land full of mysteries as the sky is a sea of dangerous storms…

Roulette Otovic, an acid cloud cleaner in Aeropoli, Moskova, always believe in his abilities in riding the wind with his trustful ‘Hurricane’ Skybike.

Yet an accident happened which dragged him into thrilling adventure, facing the sky pirate in the most noteworthy treasure hunt in the sky age.“