Indonesian TV channel, Global TV has registered Noragami to Lembaga Sensor Film (Film Censorship Board of Indonesia). Feature films and TV programs that are meant for distribution in Indonesia are required to be approved first by the Censorship Board, and the Board may request for parts that are considered inappropriate to be censored or cut.

At the time of the writing of this article, seven out of the twelve episodes first season of Noragami has been given the status of “passing” the board’s examination on 4 August 2017.

In addition to the process of registering the anime to the censorship board, an Indonesian dub for the show is also being produced. Here are some of the voice actors and actresses who will perform in the dub.

Kamal Nasuti as Yato, the eponymous “stray god” of Noragami. Kamal has started his career since 1995. He has performed the roles of Brock (Takeshi in Japanese version) in Pokemon that was aired on SCTV in 2000. He has also performed in several series such as MAR, The Baby and I, Full Metal Panic, Code Lyoko, Scooby Doo, Shaman King, Vatala sang Pelindung, TMNT, Fairy Tail, The Song of Tentomushi, and many others.

Jessy Milianty as Noragami‘s heroine, Hiyori Iki whose soul often slips out of her body. Jessy started her debut as voice actress at RCTI in the early 1990’s. She was famous for the role of Kaoru in Samurai X (Rurouni Kenshin) which was aired on SCTV in 2000. She also participated in Vatalla Sang Pelindung by Alfi Zachkyelle. Recently she is the voice of Shizuka in Doraemon since 2013.

Adith Sidik Permana as Yato’s Regalia katana, Yukine. Adith was known for his role as Shishio Makoto in Samurai X. He was also in the anime Popolocrois and telenovela Maria Belen. Most recently, he voices Naoto Suzuka wa and Johny Bepu in Aikatsu.

Based on a comic with the same title by Adachitoka, Noragami tell the stories of a god named Yato who had a wish of having many worshippers. He met Hiyori, a schoolgirl who saved him in a traffic accident, an incident that changes the courses of both their lives. The comics has been published in Indonesia by Elex Media Komputindo.

Global TV is a private television Channel in Indonesia. It has aired several anime, such as Naruto, Dragon Ball and Inuyasha.

Latest Death Note Movie Will Be Screened in Indonesia 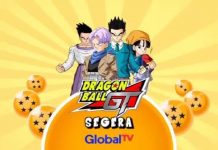 Dragon Ball GT Will be Aired This Month 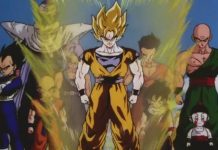