While the World is in an uproar following the discovery of magic, Tota Konoe is living his life peacefully with his friends in a secluded town. Due to a certain major event happening around him, Tota has to leave town with his teacher, Yukihime, and embark on a journey.

With the inclusion of Mahou Sensei Negima! 2 subtitle, it’s clear that UQ Holder! serves as a sequel to Mahou Sensei Negima!, another manga from Ken Akamatsu himself. The first episode of UQ Holder! introduces us to Tota and Yukihime, giving a glimpse of their student-and-teacher relationship. Manga readers may have noticed that some scenes went through minor changes compared to the original material, but overall those changes didn’t affect the main story line, except where they added some scenes that feels like foreshadowing what’s going to happen next.

Unfortunately, UQ Holder! suffers from a mediocre voice acting performance. Some voices are hit-or-miss, especially Tota, where his voice feels flat despite his hot-headed appearance and personality throughout the episode. Lastly, you don’t have to read Mahou Sensei Negima! beforehand to fully enjoy UQ Holder!, but there’s no harm on reading it, just in case you want to know more about the jargon and background information on some of the characters appearing in UQ Holder!. 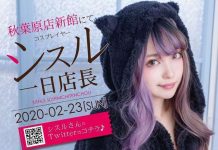