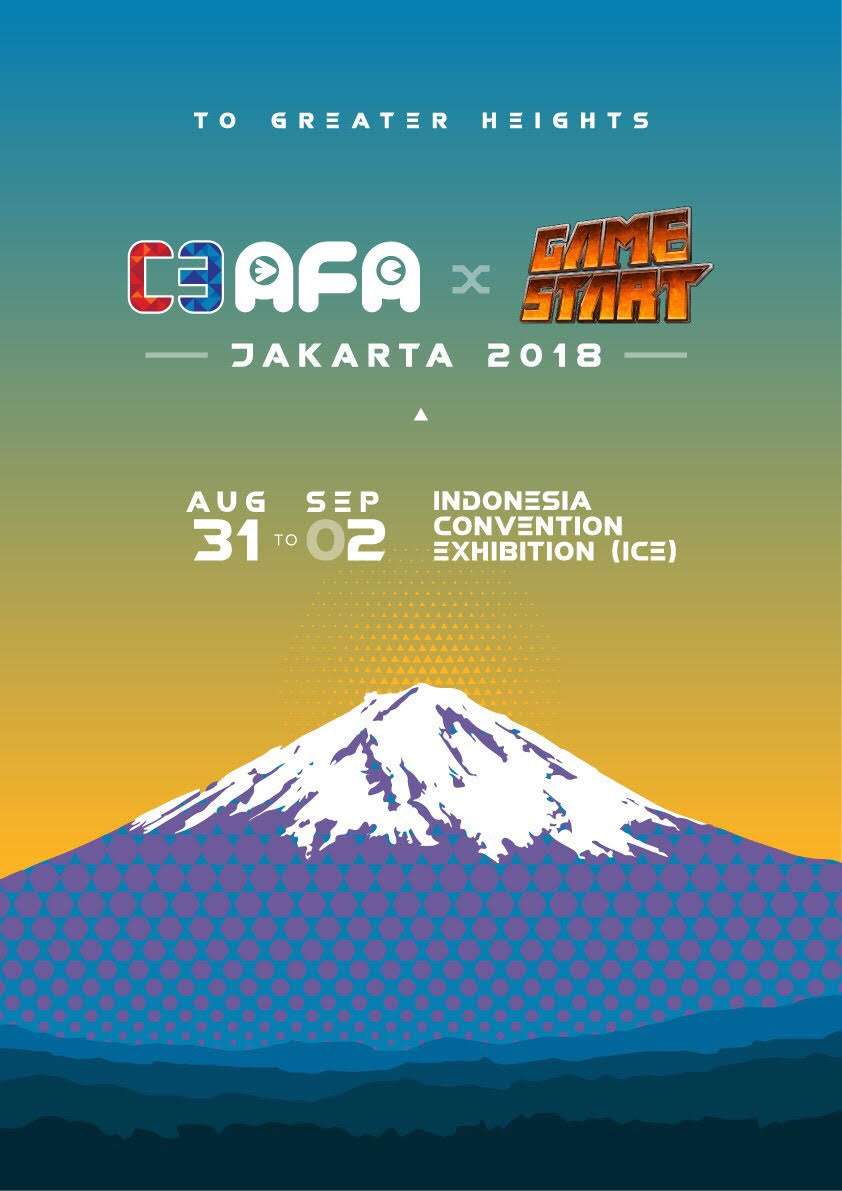 One of the biggest Japanese pop culture event in Indonesia, C3 AFA Jakarta (C3AFAJKT), is back for their 7th installment from 31 August to 2 September 2018.

Great success in 2017
The annual event has been gaining much fanfare over the 6 years with previous installments drawing over 50,000 attendees. Over 150 exhibitors showcased their products and services, 8 performing artistes from Japan also wowed the crowd at the I love anisong concert. C3AFA Jakarta’s day stage also hosted 9 Japanese guests ranging from voice actors to singers, while the mini stage hosted 16 guests. This year the event hopes to bring in more than 60,000 J-pop culture lovers.

Shift to a new venue
Fans may be happy to know that this year, C3AFAJKT 2018 will move to a new and bigger venue at Indonesia Convention Exhibition (ICE). The event hall will be larger compared to previous years. “We believe the new venue is a step in the right direction as we have received much feedback from fans about moving the festival to ICE. We hope the new venue will be able to accommodate all the new and exciting content we will have this year,” Shawn Chin, Festival Director said.

First GameStart Indonesia, in conjunction with C3AFAJKT 2018
Started in 2014, GameStart is Southeast Asia’s premier gaming convention. The event was only previously held in Singapore and the convention drew over 70,000 game enthusiasts over the last 4 years. This will be the first time GameStart will set foot in Indonesia.

The convention’s highlights in Indonesia include mobile and console esports tournaments including SEA Mobile Major, game showcases across PC, console, mobile and tabletop games, as well as special guests.

Exciting stage content to come
C3AFAJKT 2018 will continue to bring content direct from Japan for the distinguished I love anisong concert, which invites the biggest group of Japanese artistes to Jakarta. The day-stage will also screen animated movies and host international guests such as voice actors, celebrity cosplayers and more. The Akiba mini stage will also host a variety of international guests within the exhibition halls.

focus. In 2017, both companies come into a partnership to host C3AFA in Thailand, Indonesia, Japan, Hong Kong and Singapore.

About GameStart
GameStart is Southeast Asia’s premier gaming convention and Eliphant’s flagship event. Organised by industry veterans who are themselves gamers, GameStart seeks to bring the latest and greatest games across all genres and platforms – from PC, console and mobile to VR and tabletop – to audiences in Asia. GameStart Asia welcomed over 24,000 visitors from Singapore and the region in 2017.

About SOZO
Tapping on Japan’s diverse wealth of entertainment content, SOZO has positioned itself to be the ‘bridge’, connecting Japan to SE Asia – by showcasing quality concerts, engaging retail experiences and creating meaningful online engagement to audiences and businesses across South East Asia.

Get connected with ANIME FESTIVAL ASIA 2018