Because of his amnesia, Sōya Kuroi doesn’t even know who he is. All he knows is that he lives with a mysterious maid named Ginko and a cat monster called Sensei, and in Sorimasaka City. One day, many UFOs shaped like stuffed bears appeared around the world, Moreover seven superheroes also appeared to destroy the objects. What are those UFO’s? Who are those superheroes? And even weirder, why did Ginko and Sensei suddenly want Sōya to defeat those superheroes?

What if a villain become a protagonist in a superhero story. That’s what I take to be the premise of Planet With. The protagonist, Sōya Kuroi, is not part of the Nebula, a race that tries to attack humanity. But because of his grudge against the superheroes and their powers, he tries to attack and steal their power, even though he understands that the heroes use their powers simply to protect humanity.

The conflict between Sōya and the heroes makes the story feel unique. While the superheroes in Planet With really wants to save the Earth, it seems like their powers also has their own secret. It makes the viewers question whether the heroes are truly good guys or not, because while Sōya’s motive isn’t really clear yet, he has his own reason to hate heroes. Other than that, the Nebula race can also become another problem as they have their own agenda.

Overall, Planet With shows an interesting take about heroism in anime. It explores the theme of heroes from villain perspective. But there are also a lot of jokes, which makes the anime feels light-hearted. If you are looking for an anime that explore heroism in a different perspective like Yuuki Yuuna is a Hero or Gatchaman Crowds, this anime is recommended.

Fall 2021 Anime: The Nights Beyond the Tricornered Window 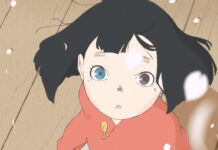