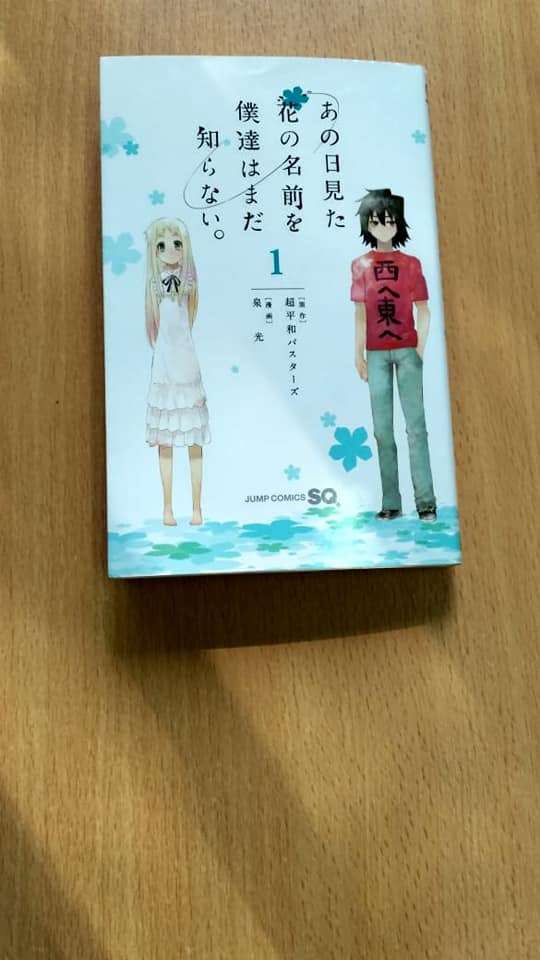 On Friday (27/7) via their Facebook page, Indonesian comic publisher m&c!, posted a teaser for Anohana manga by posting pictures from the first volume of the manga on its post. along with the caption “Main petak umpet, yuk! (Let’s play hide-and-seek!).” Until this article was published, there has been no further information regarding the release date for the manga

Ano Hi Mita Hana no Namae o Bokutachi wa Mada Shiranai (We Still Don’t Know the Name of the Flower We Saw That Day), also known as Anohana: The Flower We Saw That Day, is an anime series produced at A-1 Pictures by director Tatsuyuki Nagai and screenwriter Mari Okada, and was broadcasted from 11 April to 23 June 2011 in Japan. It has received light novel, manga, visual novel, and live-action film adaptations. An anime film had also been released in Japan in 2013. The manga adaptation was written by Mari Okada with art by Mitsu Izumi and serialized in Shueisha’s Jump Square before compiled in three volumes.