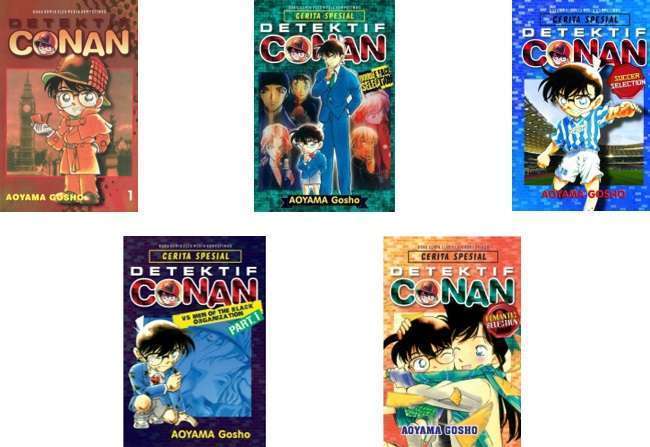 One of the largest Japanese comics publisher, Shogakukan, whose many comics has been published and became popular in Indonesia, has finally given the license for digital editions of its 285 comic titles for Indonesian market through the e-book platform MangaMon.

With the print editions have been selling more than 150,000 copies and the anime had been shown on TV since 1999, Detective Conan has became one of the most successful and popular comic in Indonesia, along with other titles such as Doraemon and Naruto. In Indonesia, Detective Conan was first published in 1997 by Elex Media Komputindo and as of September 2018 has been published up to the 94th volume, along with various spin-offs.

Detective Conan has been reprinted several times, but with the growing trend of digital books recently, MangaMon decided to release this title in digital format or e-book so that readers can enjoy this comic anywhere, anytime.

Ida Bagus Kade Syumanjaya, Manager of Fictions Division of Elex Media Komputindo expressed his enthusiasm towards this release, “I really feel happy seeing the responses from our readers, specifically from fans of Japanese comics and culture. We hope that we can add more new titles for digital comics. For Detective Conan, I hope (with the release of the digital format) fans can enjoy their favorite title.

With these new Shogakukan licenses, readers can also easily enjoy old or rare editions of their favorite comics in digital version on MangaMon. MangaMon will continue to provide the best service for readers in Indonesia by adding new digital comic titles along with improvements to enhance better reading experience.

Detective Conan tells the story of an amateur high school detective named Shinichi Kudo whose body was shrunk by a poison administered by an agent of a mysterious organization called Black Organization. He guises himself as an elementary student named Conan Edogawa and covertly solves many cases while investigating the Black Organization and looking for the way to return to his normal body again.

MangaMon is an e-book store operated by eBook Initiative Japan Co., Ltd., and supported by Elex Media Komputindo and m&c, which are part of Kompas Gramedia Group. MangaMon has received many loyal followers from Indonesian fans of manga and comics with its releases of legal and licensed digital manga in Indonesian language.