This year, Japan Culture Daisuki and CLAS:H collaborated to held East Java Indonesia Cosplay Grand Prix (ICGP) preliminary round in Daisuki! Japan Festival 2019. In this preliminary round, the best cosplayers will have a chance to compete on the CLAS:H stage in Ennichisai 2019 event, where the winners will become Indonesian representatives in World Cosplay Summit (WCS) event in Japan.

As a part of Daisuki! Japan event, five international cosplayers who had become the representatives of their respective countries in past years were featured as guest stars and judges for the preliminary round. They were Jasper Z from Thailand, Dova and Shinku from Malaysia, with Zhuge and Yumaki from Indonesia. After judging the performers, KAORI had the chance to attend their Q&A session with other media. Follow our conversation with them here.

What do you think about the performers today? do you think with this performance they have what it takes to perform at an international level or even to go to Japan representing Indonesian?

Shinku (S): Some of their ideas are very good. If they can smoothen their cosplay performance then yes, they definitely can represent Indonesia.

Yumaki (Y): I think the contestants in Malang are very amazing. And I hope one of Malang performers can represent Indonesia in WCS.

My next question, when you got by some negative comments or drama on social media, what will you do?

Dova (D): You need to have thick skin. Remember that you are just doing something that you like for yourself.

Zhuge (Z): Well, drama spread out because many people want to know about it. So the best way to avoid drama is by not spreading it. So if you found some drama on your timeline, you can just read it, but then please forget about it. Then it will not become a drama.

What is your best moment in WCS?

Jasper Z (J): When I got a prize in WCS (laughing). Because during the preliminary round in Thailand, there were some problems and everybody said: “Maybe the Thailand team is not really that good,” which made me try my best to improve and finally I got my prize in WCS.

S: My best moment is when I can learn from each other’s costumes. For example, in my year, team Indonesia actually has good armor, so I asked them “How did you do it?” and learned something new from them.

D: You can meet many different kinds of people from all around the world. It is a good chance to learn that the world is bigger than what you expected. There are so many different things you can see.

Y: I have many best moments. First of all, as a representative, we had many experiences in Japan. We met new friends and learned about their culture and also their cosplay. I think we could improve our cosplay skill from it.

Z: The best moment is making friends, first, and onsen (hot springs). Yeah, every day we went to onsen in Japan.

Oh, we also have hot springs in Batu City, near Malang. Maybe one hour from here.

Next question, when you are performing, maybe you make a mistake, or something goes wrong with the armor, what will you do?

J: Still do whatever you can do.

Even when your armor breaks or something?

S: Just go along with it. Just continue.

Z: Because the audience do not know if there is a mistake or not. They will think that it is a part of the performance.

When did they start cosplay? What is the most important thing that a cosplayer needs to stand on the international stage? Find out on the next page. 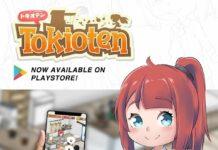 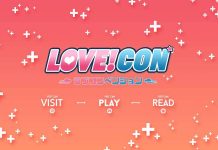 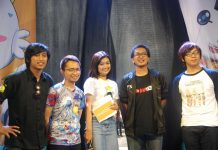